In districts near Raigarh, where coal block allocations have been cancelled, even the National Green Tribunal cannot fix accountability for the poisoning of soil and water. Raigarh, Chhattisgarh: Shivpal Bhagat, sarpanch of Kosampali and Sarasmal villages in Chhattisgarh, stands on a cliff next to a deep cavern filled with still blue water. Behind him are little huts, the homes of villagers who live above it.

The cavern is actually a coal mine, excavated almost up to the villagers’ doorsteps.

Shivpal turns, pointing out in every direction of how Jindal Steel and Power Limited (JSPL), Coal India and South Eastern Coalfields Limited (SECL) have broken laws safeguarding the health, environment and employment of the villagers.

We look over the sprawling mines and he points to a sapling next to him.

“Look at this three-feet tall sapling. This is what the mine operators are calling this their “green-belt,” which is supposed to protect residents here from the harms of the mines. Is this flimsy sapling supposed to actually help in anything?” 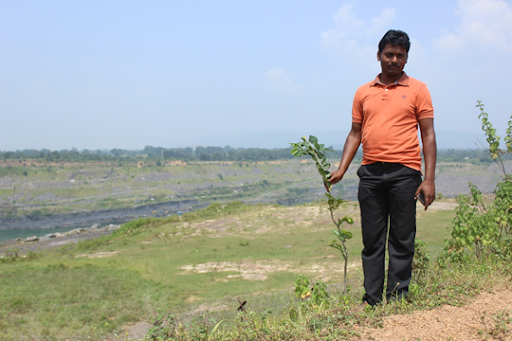 He then gestures towards the “fencing” that the mine operators were supposed to fix so that villagers or their animals don’t slip over the mine cliffs: “The fence is supposed to be here, on top of this cliff, and close to these houses to our left. Instead, it is all the way at the bottom of the pit.” Some of this fencing had green protective fabric tied to it. Those are all now in shreds and serve no purpose.

In July this year, the villagers of Kosampali and Sarasmal won a small victory at the National Green Tribunal (NGT).

The tribunal upheld a government recommendation that SECL should depute a doctor on a permanent basis, with a vehicle, to the villages in the vicinity of the mines. It also directed that medicines worth rupees one lakh should be provided to the villagers each month, at no cost.

The villagers are still waiting for this doctor.

In 2014, India’s Comptroller and Auditor General pointed out possible corruption in the way coal blocks were allocated to mine operators. This came to be known as the Coal Scam. The Supreme Court cancelled the licenses of several blocks.

In 2017, the NGT asked an expert committee with bureaucrats from the Coal Ministry and the Ministry of Environment, Forests and Climate Change for a report on the impact of the JSPL’s and the SECL’s non-compliance with environmental clearances, and on whether the two mines should be allowed to continue operations.

The committee found that the JSPL had not obtained clearances for enhancing their mining capacity nor the permission of the gram sabhas of the affected villages before diverting forest land. They also said SECL would have to take responsibility for what JSPL had failed to do.

Also read: Survey Reveals Pathetic Health Conditions Around Raigarh Coal Mines, PlantsThis July, the NGT accepted the expert committee’s report in full. It ordered various health protection measures and upheld their recommendation that there be a distance of at least 500 metres between the mine’s boundary and the village.

India practises some measure of environmental impact assessments and clearances. Too often, however, the assessments are found insubstantial and the clearances lax and unaccountable. What is unique about the NGT’s July order is that it directly addresses the effects of mining, especially on human health, and not just on the macro-environmental perspective.

A report published by a team of independent researchers in November 2017, titled ‘Health and Environmental Impact of Mining in Chhattisgarh’, said that they found the presence of “worrisome levels of toxic substances that adversely affect human health” in soil and sediment samples from the area. They found 12 toxic metals in water, soil and sediment samples, including arsenic, lead, selenium, chromium and zinc.

Another report published in August 2017 titled ‘Poisoned’ also said that samples taken from Kosampali, Dongamahua, Kodkel, Kunjemura and Regaon areas were “contaminated with various toxic heavy metals” in both soil and water. Some toxic metals found are carcinogens or probable carcinogens. The report also says that some of these metals are known to cause damage to multiple organ systems including reproductive, respiratory and digestive.

No redressal of health concerns

Shivpal is worried. “There are health issues which will occur in the future from living here. We may not even be able to see it now.”

As far as the villagers are concerned, private companies and the government behave the same – neither has any interest or even incentive to monitor the environment or the villagers’ health. Areas like this should ideally be studied over a long time to assess the changes – especially deteriorations – that occur in public health. That allows governments to then design policies that help people cope with health issues. 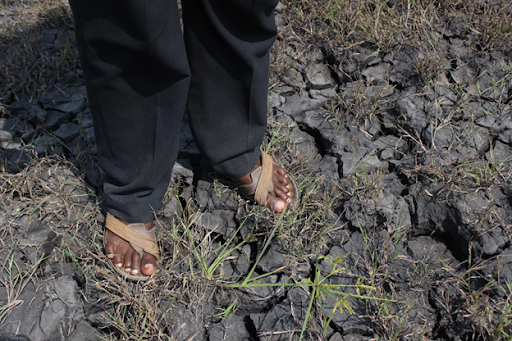 Fields have turned black, hard and parched as polluted water from the mines is let into it.

Rinchin, a researcher and one of the co-petitioners fighting in court for better health- and environment-monitoring of these two mines, says that in two of the petitions currently in court on these mines, the petitioners have been very keen to highlight the public health dimension.

Women from the villages kicked off the process themselves by conducting their own health surveys over the last few years. “Men very often talk about remuneration for land and getting jobs, but women have concerns on issues of health,” says Rinchin. “Land and jobs is a more immediate issue to solve. But poor health builds up over time and is not always visible.”

That there are no government health facilities nearby, says Shivpal. Villagers often depend on private doctors, and for that too they have to travel long distances.

Meanwhile, the mining continues as usual right next to the village and not 500 meters away as the NGT had ordered.

“It took us four years to fight this case, to get us this order from the NGT. And now we have to see the implementation of the order,” says Rinchin.

Back in Kosampali, Shivpal walks around the village pointing out visible damages done to the nearby farms and the village.

At both the local school and the village, pumps and tube wells have been turned off because of polluted water coming out of the taps.

In one field, Shivpal shows how the earth has turned black and cracked. He points at the pipes that dispense polluted water onto the field. Villagers still try to grow crops here. Elsewhere, this untreated water flows straight into ponds where women bathe.

Black earth and not enough rain

In the court, private companies and the government often find themselves often on the same side on the question of their accountability towards people’s rights and health. 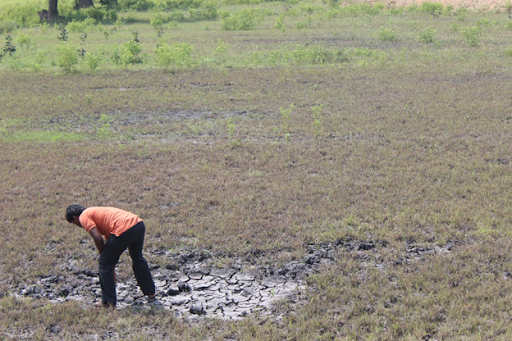 Shivpal inspects the field that has turned black, hard and parched as polluted water from the mines is let into it.

Private companies like the JSPL have told the NGT that they can’t take responsibility for the damage done to the the villagers’ health, environment or for jobs they haven’t delivered to the villagers. This, the JSPL says, is because they no longer operate the mines following the coal block allocation scam. Coal India, on its part, says it cannot take responsibility for these issues as they had licensed out the mines to these private companies.

The NGT responded to this too in its July order. It told the JSPL that their objections to taking accountability lack merit because “liability for any damage to the environment cannot be wished away or avoided merely on the ground that the coal block had subsequently been cancelled.” Coal India was also reminded that it is currently the custodian and therefore has a responsibility here too.

Also read: In Odisha’s Chromite Valley, Adivasis Are Paid in Poisoned WaterAs a rule of thumb across sectors, the court said: “Any damage to the environment will require to be restituted by the person who may have caused such damage.”

Rinchin says that villagers realised that just asking for compensation for negative impacts seen on health or the environment was not enough – companies get away with throwing small payments at victims. Such payments neither help the victims nor check the ongoing damage.

While the public and the private sectors clash over corruption and custodianship, the villagers of Kosampali and Sarasmal still hope that a doctor will come by.

“Everything is connected – land rights, forest rights and health. It is the poorest who are affected by government policies and mistakes made by the private sector,” says Rinchin.