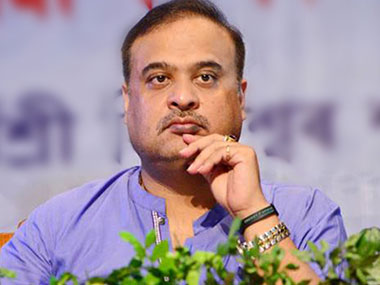 New Delhi: Assam health, education and finance minister Himanta Biswa Sarma kicked up a storm with his remark that some people suffer from life-threatening diseases such as cancer because of their past sins. Describing cancer as a form of  “divine justice” the minister said, “Hinduism believes in karmic law and human sufferings are linked to karmic deficiency of past life.”

Sarma’s comment sparked sharp reactions in political circles and among cancer patients. He responded to some of them on Twitter, defending his remark on the grounds that he was citing “Hindu philosophy”.

“God makes us suffer when we sin. Sometimes we come across young men getting inflicted with cancer or young men meeting with accidents. If you observe the background you will come to know that it’s divine justice. Nothing else. We have to suffer that divine justice,” Sarma said at a function organised for distribution of appointment letters to teachers in Guwahati on Tuesday.

Reacting to this, senior Congress leader and former Union minister, P. Chidambaram tweeted saying “that is what switching parties does to a person.” Sarma, who was with the Congress earlier, switched over to the BJP in 2015.

'Cancer is divine justice for sins' says Assam Minister Sharma. That is what switching parties does to a person.

Sarma was quick to respond to this on Twitter.

Sir, please do not distort. Simply I said that Hinduism believe in karmic law and human sufferings are linked to karmic deficiency of past life.Don’t you belief that too?Of course in your party I do not know whether Hindu philosophy can be discussed at all https://t.co/P7CMBIRCYQ

Reacting to the comment, Congress leader Debabratta Saikia, on Wednesday said, “It is unfortunate that the health minister has made such a remark on cancer patients hurting their feelings. As he has made the remark publicly, the minister should also apologise for it publicly.”

AIUDF leader Aminul Islam said that the health minister made this remark to cover his failure to control the spread of cancer in the state. “He has given up, he can’t control,” he said.

Some cancer patients said they were saddened by the health minister’s remarks since scientific research has proved the reasons responsible for the disease.

State-sponsored Dr B. Barooah Cancer Institute’s Medical Superintendent Dr B. B. Borthakur sought to downplay Sarma’s remarks. “I don’t think the minister made the remark on scientific basis but in a social context as I understand. I don’t think it is a matter to be made into a controversy. It is not a matter to be given so much importance,” he told PTI.

Sarma, responding to journalists including Rajdeep Sardesai on Twitter, said repeatedly that he had been quoting the Bhagvad Gita.

It may be mentioned here that Sarma’s father died of cancer. After the minister’s statement turned controversial, he referred to this while speaking to reporters in Guwahati, saying, “Yes he had (committed sin) and he died of cancer. It is written in Gita and Quran that Hindus suffer because of Karmic deficiency. In Quran it is written that one will suffer for one’s sins in the same lifetime and in the Gita it is written that human beings have to go through sufferings because of last life karmic deficiency.”

Sarma later offered an unconditional apology for his comment. However, he also said that his speech on divine justice and Karmic deficiency is being quoted out of context.

In a press release, he said, “In their bid to trivialise and sensationalise, no one is looking at content of my whole speech and intent. It was said in the context of helping poor students of government schools and request to teachers not to neglect them. It was also a message to indicate district education officers not to harass teachers”.

“But the way a section of national media, local media and few in Congress party is now playing the story, I am pained to say, will cause agony among cancer patients and their relatives,” he added.

In July this year, Sarma created another controversy in the state by misbehaving with principals of some under-performing schools in full media glare. In a meeting held in Guwahati, he asked some principals “to dress up appropriately” and spoke against the spirit of the Right to Education Act by asking state education officials present in the meeting, “how can a school have more teachers than students” and should they not be closed down.