Blue Whale Is a Red Herring – Let's Talk About Suicides, Shall We?

Up until the Indian authorities started panicking about the 'Blue Whale' challenge, there was a total absence of a public policy response to this ‘epidemic’ of suicides. 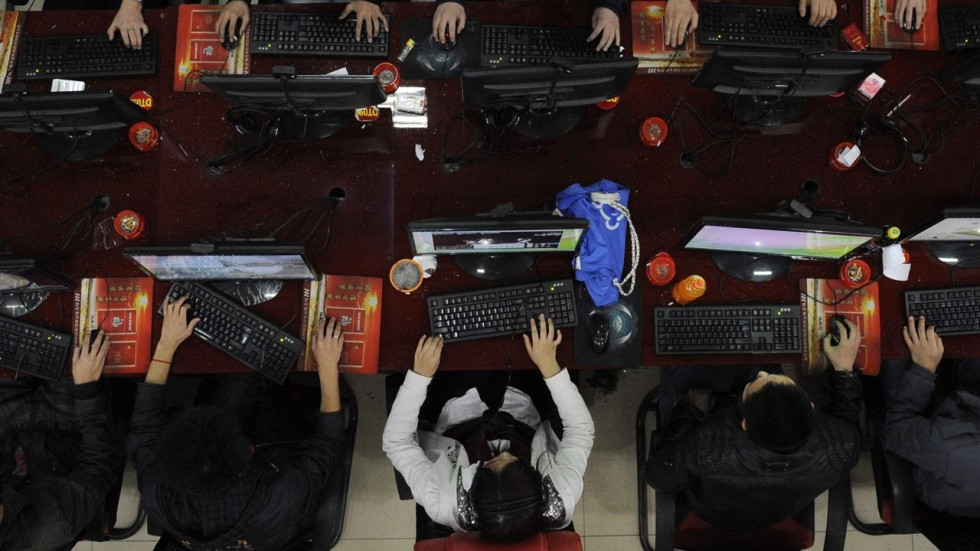 ‘Blue Whale’ is an internet game consisting of a series of tasks assigned to players by administrators during a 50-day period, with the final challenge requiring the player to commit suicide. Credit: Reuters

September 10 is World Suicide Prevention Day. For the past few weeks, there has been a media frenzy around the ‘Blue Whale’ challenge, with friendly journalists asking for a quote and policymakers asking for advice. ‘Blue Whale’ is an internet game consisting of a series of tasks assigned to players by administrators during a 50-day period, with the final challenge requiring the player to commit suicide. There have been media reports of suicides by young children from different states including Rajasthan, Madhya Pradesh and Tamil Nadu.

But policymakers are not waiting for advice from public mental health professionals like me before they do something. The Ministry of Electronics and Information Technology has asked Facebook, Google, Microsoft and others to immediately remove any links to ‘Blue Whale’. The National Commission for Protection of Child Rights (NCPCR) has urged parents and teachers to keep a ‘close watch’ on children exhibiting ‘abnormal or erratic’ behaviour. The Delhi high court, expressing concern over children committing suicide while playing the online game, admitted a petition seeking a ban on it. Gujarat chief minister Vijay Rupani has said his government will create a law to ban it.

It is obvious that ‘Blue Whale’ has got everyone – from chief ministers to judges and even seasoned reporters – extremely worried. Should we be glad that policymakers are for once being proactive and doing something quickly?

It is difficult to say with certainty how many suicides of children have been linked to ‘Blue Whale’ till now. A report in the Hindu on September 2 says that there have been at least three reported suicides in India among youth who were playing or had searched for the game online. The NCPCR advisory says that six children have taken their lives playing the game in a span of two weeks. The media has termed this an ‘epidemic’ and has whipped up a frenzy that has got parents across the country worried. Every life lost, especially that of a child, is a personal tragedy and a loss for society, but it is important to not lose perspective.

The Million Death study published in 2012 estimated that nearly 5300 children aged 0-14 years kill themselves each year in India – approximately 100 children a week. Nearly 85,000 men and women aged 15-29 years kill themselves each year. That is another 1600 young people killing themselves every week. Remember, this has been going on for years. We should be asking why media and policymakers only woke up to the suicides of children in the last few weeks. Suicide is the number one cause of death among young women aged 15-29 years, ahead of the maternal death. To put it simply, more young women in India are dying of suicide than during childbirth.

Up until the authorities started panicking about the ‘Blue Whale’, there was a total absence of a public policy response to this ‘epidemic’ of suicides. A knee jerk response to the ‘Blue Whale’ situation is no substitute for a comprehensive well-thought-out policy to prevent suicides. The World Health Organization (WHO) recommends that every country should have a national suicide prevention strategy. One in every four suicides in the world take place in India. Yet, we do not have a national strategy on suicides. This is quite paradoxical because India has some of the world’s best suicide experts who have extensively researched suicide prevention. 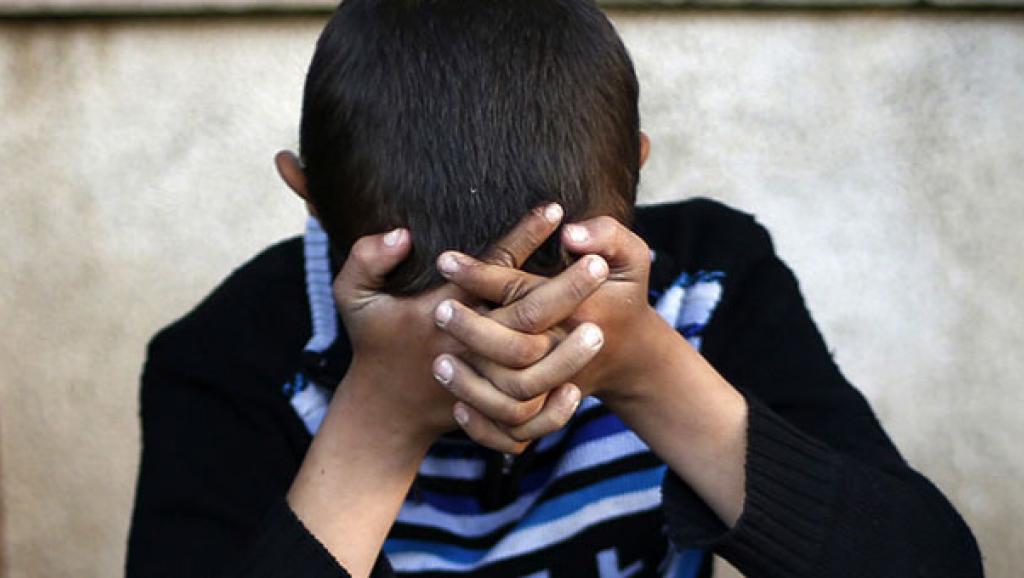 As a society, we do not talk about suicides. Credit: Reuters

Nearly one out of every three suicides in India takes place by consuming insecticides. Research has shown that restricting access to lethal insecticides is an effective suicide prevention strategy. The WHO recommends banning certain classes of hazardous pesticides, enforcing regulations on the sale of pesticides and reducing access to pesticides through safer storage. The government has not shown any inclination to implement any of these well-proven and effective public health strategies. Sri Lanka has had significant success in reducing deaths due to the ingestion of Class I and Class II pesticides by banning their import and sale in the country. However, many of these pesticides continue to be freely available in India. “National bans were effective in reducing pesticide-related suicides in five of the six countries where these were evaluated (all except Greece), and were associated with falls in overall suicide rates in three of the countries (Sri Lanka, Bangladesh and South Korea),” a report by an international team of researchers said. A draft Pesticide Management Bill to regulate the manufacture, storage and sale of dangerous pesticides has been languishing in the parliament since 2008.

Experts have highlighted cyber-bullying as an important cause in some ‘Blue Whale’ suicides. However, a national policy to prevent and stamp out cyber-bullying is missing in our country. Comprehensive mental health preventive programmes in schools have been effective in reducing adolescent suicides in other countries. The government’s Rashtriya Kishor Swastha Karyakram (RKSK) is supposed to have a mental health component but there is no data on how many adolescents in the country are covered by RKSK and if the mental health component has been uniformly implemented. Adolescent suicide prevention strategies should be integrated in RKSK and coverage should be expanded to all school-going children.

The media’s role in reporting ‘Blue Whale’ suicides has also been problematic. The Indian print and electronic media have broken all international and national guidelines for suicide reporting by sensationalising descriptions and using graphic imagery when writing about these suicides. This is particularly unfortunate as there is research evidence from many countries that such media portrayal leads to ‘copy-cat’ suicides, especially amongst the youth. The media has created a hype around ‘Blue Whale’, but has been conspicuously silent in reporting on the larger policy and public health issues about suicide prevention.

As a society, we do not talk about suicides. There is a misconception that talking about suicide to someone will give them ideas to commit suicide, when the evidence is to the contrary. People who are suicidal are relieved to talk to anyone who is willing to listen empathetically. We need awareness programmes to educate the public on what to do if someone is suicidal. There is a need to train gate-keepers – teachers, policemen, social workers, youth volunteers – on how to identify if someone is at a risk of suicide and what to do in those circumstances.

None of the above activities require any high-tech equipment, highly trained professionals or even lots of money. For example, suicide prevention helplines in many Indian cities provide a valuable service using trained volunteers with little financial support. The government and the public should both give up the fatalistic attitude that Indian society has towards suicide. What we need is political will, media advocacy and public pressure to reduce suicides. Suicide prevention is a good example of health sector problem whose antecedents and many of the solutions lie in other sectors (legal, education, media, child development). We desperately need a comprehensive multi-sectoral community-based strategy to reduce the number of suicides in the country. As the WHO says, suicides are preventable.

If there is any good that is to come out of the ‘Blue Whale’ crisis, let it be this: that we talk about suicides every day of the year and not just on the World Suicide Prevention Day; we realise that suicide prevention is everybody’s business not just mental health professionals; that the government takes the lead to develop and implement a National Suicide Prevention Strategy.

Soumitra Pathare is a psychiatrist and the director of Centre for Mental Health Law and Policy, Indian Law Society, Pune.

If you need help and need to talk to someone because you or someone you know is feeling suicidal here are some helpline numbers: