The Dhaka-bound Biman Bangladesh Airlines plane carrying 126 passengers, made an emergency landing at the Nagpur airport. 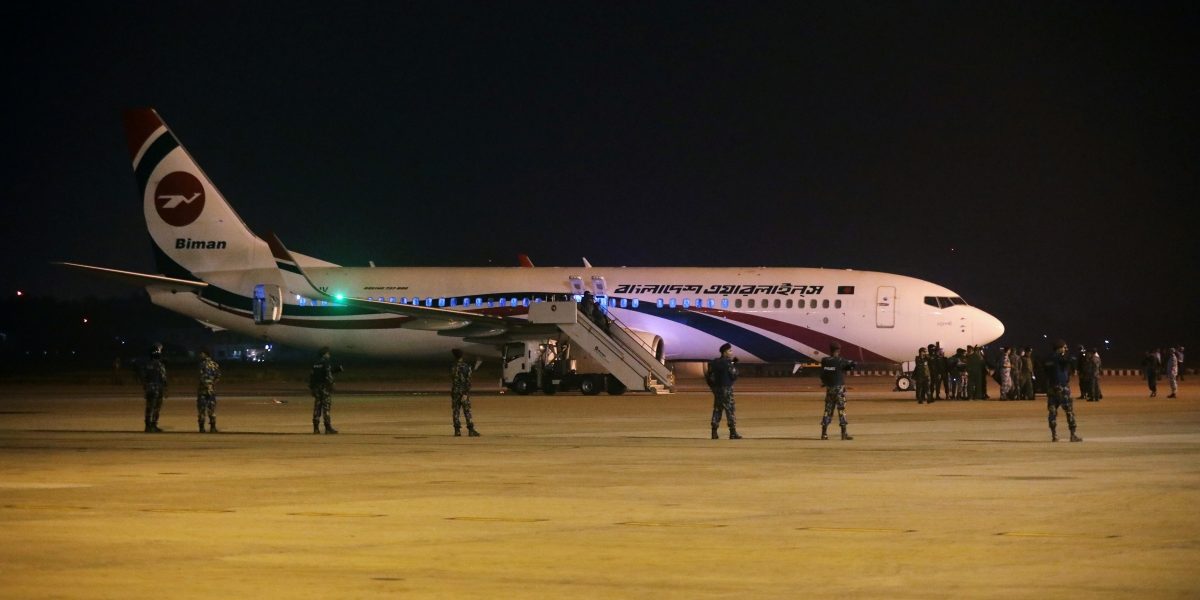 Nagpur: The Dhaka-bound Biman Bangladesh Airlines plane that made an emergency landing at the Nagpur airport, left for the destination with stranded passengers 11 hours later. The pilot of the plane, who had suffered a heart attack mid-air is critical and undergoing treatment at a private hospital, an official said on Saturday, August 28.

The plane which was carrying 126 passengers to the Bangladesh capital from Muscat, had made an emergency landing in Nagpur around 11:40 am on Friday as the pilot suffered a heart attack mid-air.

Talking to PTI, a senior official of the Nagpur airport said, “Biman Bangladesh arranged alternative crew, who flew to Nagpur. After that, the stranded flight departed for the destination along with the passengers at 10:37 pm on Friday.”

The condition of the pilot is still critical and he is undergoing treatment in a private hospital in Nagpur, he said. Sources said the pilot was taken to Kingsway Hospital, which is located around 10 km from the Nagpur airport.

On Friday, when the plane was near Raipur it had contacted the Kolkata ATC for an emergency landing and was advised to land at the nearest airport Nagpur. The co-pilot landed the plane in Nagpur, the sources said.

Biman Bangladesh had recently resumed flight services with India, after air travel between the two countries was suspended during the coronavirus pandemic.