In Assam, the Healthcare Apparatus for Women Needs a Complete Overhaul

For generations of women on Assam’s tea plantations, poor health conditions – which worsen during pregnancy – have been the norm.

Subodh took out a small tag and told me, “…this was tied around my son’s wrist at the hospital. It still has his smell – my baby.” He was talking about his newborn son who died of preventable causes within a day of birth. In November 2018, there were scathing reports of the death of 16 infants at Jorhat Medical College and Hospital (JMCH) in Assam within a span of nine days. Over four months since these deaths, families of the deceased infants still have no information about what went wrong, and what systems were accountable for the death of their children.

These deaths were not an isolated incident; they could have easily been prevented. Infant deaths in Assam are, in fact, among the highest in the country.

The World Bank puts the world average of infant mortality (IMR) at 29.4. As per NITI Aayog, Assam has an IMR of 44 . The IMR, and number of stillbirths in the state have been extremely high for decades.

Also Read: Why Institutional Delivery in India Is a Nightmare for Women

Recent data from the office of the National Health Mission (NHM) in Jorhat district shows a total of 384 infant deaths and 192 stillbirths in the eight months between April and November 2018. Similarly, in Sonitpur district, for 19,497 live births, there were 334 stillbirths in a six-month period until October 2018, all of which are indicative of poor maternal health at conception and during pregnancy.

Even in 2019, healthcare doesn’t reach women in Assam and poor health, especially amongst the inaccessible tea plantation workers. 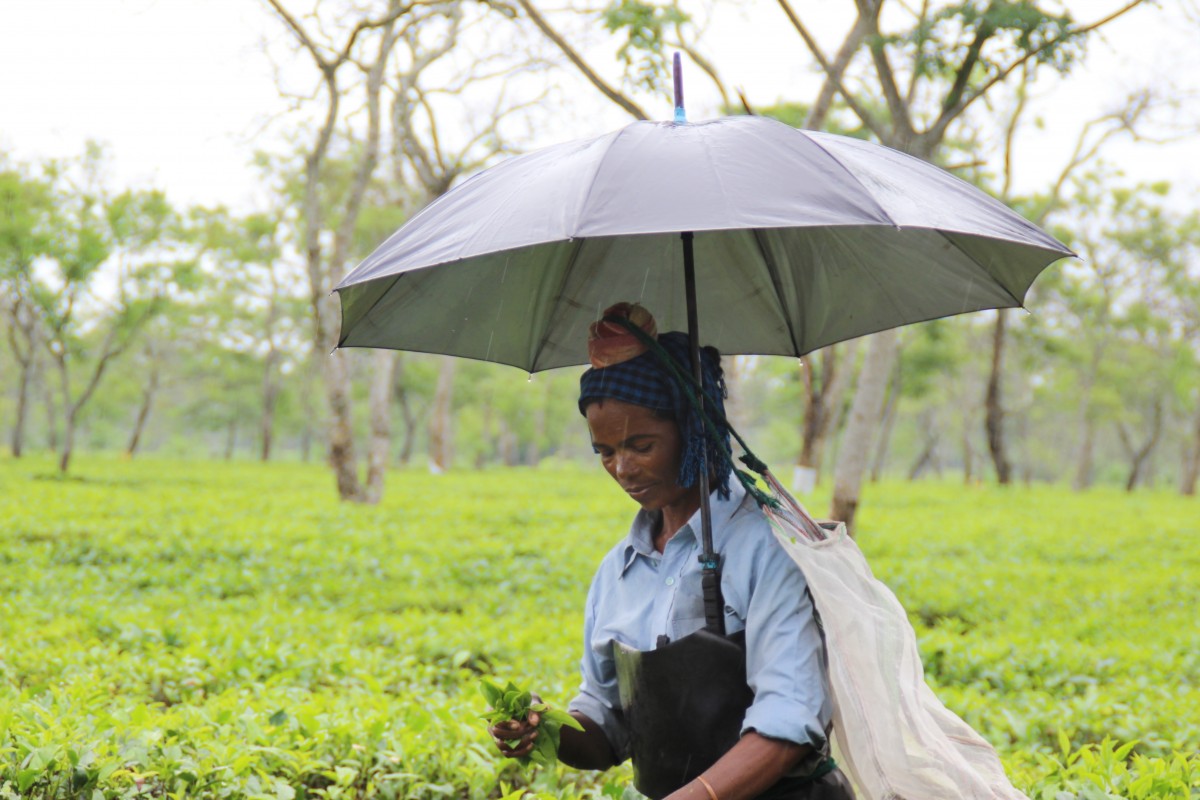 A tea plantation worker in Assam plucks leave while it rains. Credit: Nazdeek

On Assam’s tea plantations, medical care is often denied to women who require it. Meera fell pregnant after being sexually abused by her brother-in-law’s brother. She found out about her pregnancy only during the seventh month. She is so severely under-nourished and anaemic, that even after seven months into the pregnancy, her body showed no signs of it; she missed her period during these months, yet no one saw this as a cause for concern.

She was diagnosed with Eclampsia during delivery – a condition with symptoms of high blood pressure and severe blood shortage. Despite this, she wasn’t administered any blood either, during or after the delivery. Even after being under “medical care”, Meera’s poor health conditions continue to be untreated even today. 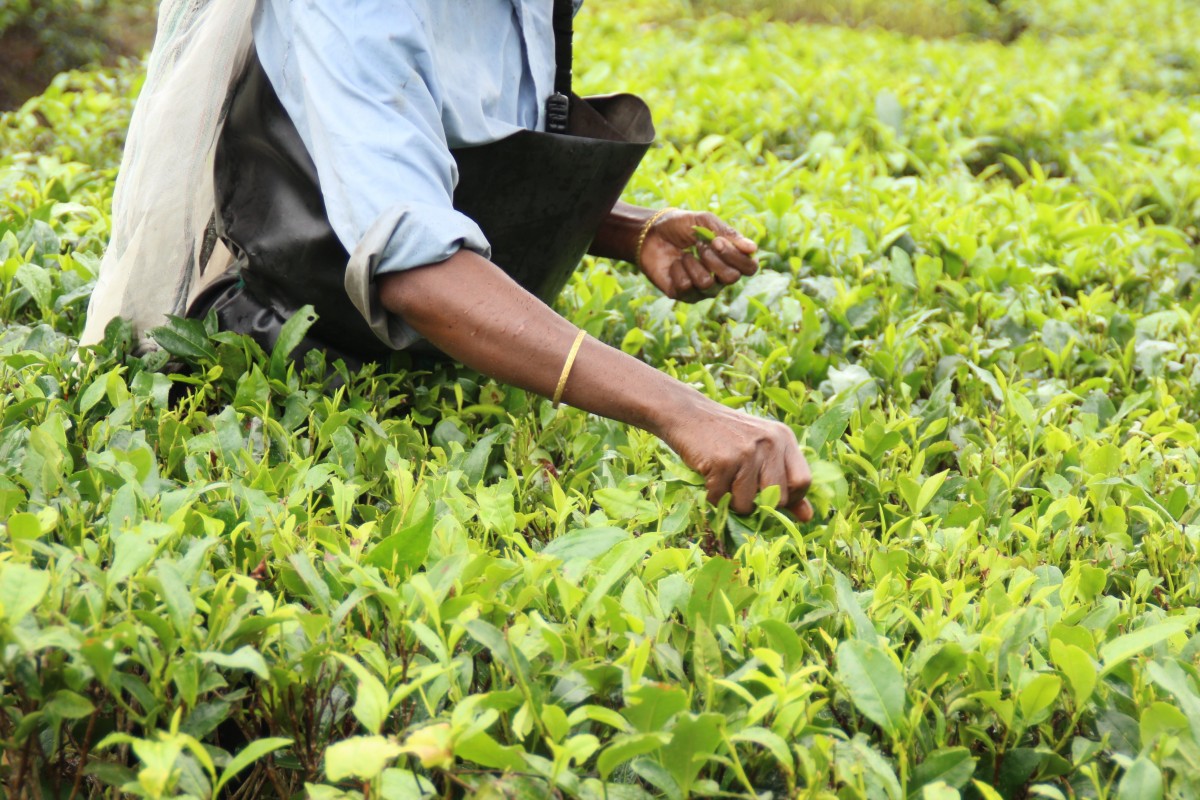 The hands of a female tea plantation worker as she plucks tea leaves. Credit: Nazdeek

In tea plantations, many other women like Meera work for the full length of their pregnancy and are severely malnourished and anaemic. A doctor from a plantation hospital said, “In a group of ten women on tea plantations, six-seven have mild anaemia, and about two will have severe anaemia”.

Healthcare is not a priority

With reference to the incidents in JMCH, a medical superintendent said, “Infant mortality process starts right from conception, and, in fact, from the overall physical health of the mother. We get critical cases from the peripheries. The solution lies in strengthening community medicines and improving the gynaecology and pediatric division of hospitals.”

At the time of the reported deaths in JMCH, two ventilators were non-functional. In a hospital where hundreds of infants are fighting to stay alive on a daily basis, this was evidently catastrophic. Insufficient funding and slow bureaucratic processes delayed their repair.

In 2015, India’s domestic general government health expenditure (GGHE-D) stood at 1.0% of the GDP against the world’s average of 5.84% – placing India amongst the 20 countries with the lowest GGHE. While there is an imminent need for strengthening access to healthcare for adolescent girls, infants and women, the existing infrastructure is highly inadequate.

Subodh’s son had been diagnosed with a heart condition. He said, “The doctors told us that if only ECO was done during pregnancy, we could have prevented his death. How were we supposed to know? No one told us anything. We did all the tests required by JMCH. We thought it was the best care we could get.” 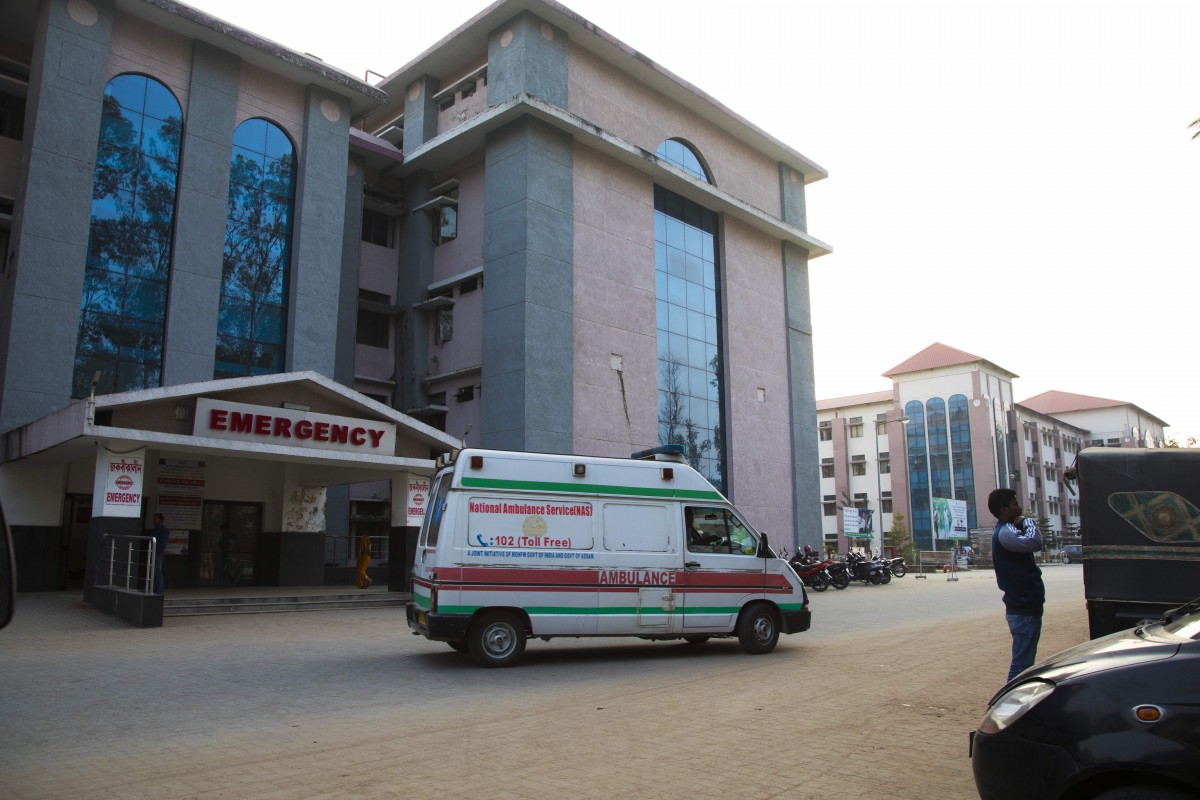 An ambulance standing outside a government hospital in Assam. Credit: Andy Ash and Rajan Zaveri/HELM Studio

Among the frontline medical staff, there is a tendency to do only the minimum required – they have a difficult job, and no incentives to do it well. Pinky, a tea plantation worker, moved to her mother’s house one month before her delivery date – a very common practice across the country. Despite the presence of an ASHA (Accredited Social Health Activist) in the area, Pinky had no access to antenatal care because she was registered with a different ASHA. Along with poor standards of care, there is also no policy provision for such exigencies.

For generations of women on Assam’s tea plantations, poor health conditions – which worsen during pregnancy – have been the norm. While these cases should raise alarms among medical staff, too often they either lack the adequate infrastructure or are not held accountable for their callousness in dealing with patients.

Also Read: Even in the National Capital Region, Women Struggle to Access Healthcare

The legally mandated standard of “utmost care” is just not applied to patients from socio-economically marginalised populations. The current degree of indifference, with which lives are disposed of, cannot continue to be the standard of care provided.

Establishing accountability at all levels

Firstly, despite the multitude of schemes and programmes, women are still not provided with adequate care during pregnancies, and tea plantation workers have to travel a very long way to reach a decent civil hospital. And once they finally receive medical care, it is wholly inadequate. This is in blatant violation of the constitutionally protected right to survive pregnancy and have a safe delivery. While the Ministry of Health and Family Welfare detailed a Standard Operating Procedure (SOP) for District Hospitals under the NHM in 2018, there is an urgent need to ensure its implementation and the systematic monitoring of the system at all levels. This requires establishing a clear flow of accountability, which is currently missing.

In establishing accountability, the onus must shift internally and directly on the medical institutions. Each case of infant death is different, and therefore a detailed internal investigation should be undertaken in each case. ‘High powered committees’, like the one established in the aftermath of the deaths in JMCH, seldom ensure individuals access to remedies. The need, therefore, is for a more local and internal mechanism, which should be monitored through a system of random inspections by a district committee, followed by a state committee.

The dissemination of information about available schemes, such as the Integrated Child Development Scheme and existing grievance mechanisms is another crucial step in strengthening accountability.

Secondly, the problem of infrastructure deficit should be addressed using an emergency fund which, during exceptional circumstances, enables the hospital to seek additional financial help – contingent to close monitoring of the funding granted. Lack of allocation of money to a budget head should not adversely impact any patient or family as the chances of infant mortality should not be affected by the location of delivery.