"Our findings raise questions about the balance of risk and benefit of long-term daily aspirin use in people aged 75 or over if a proton-pump inhibitor is not co-prescribed." 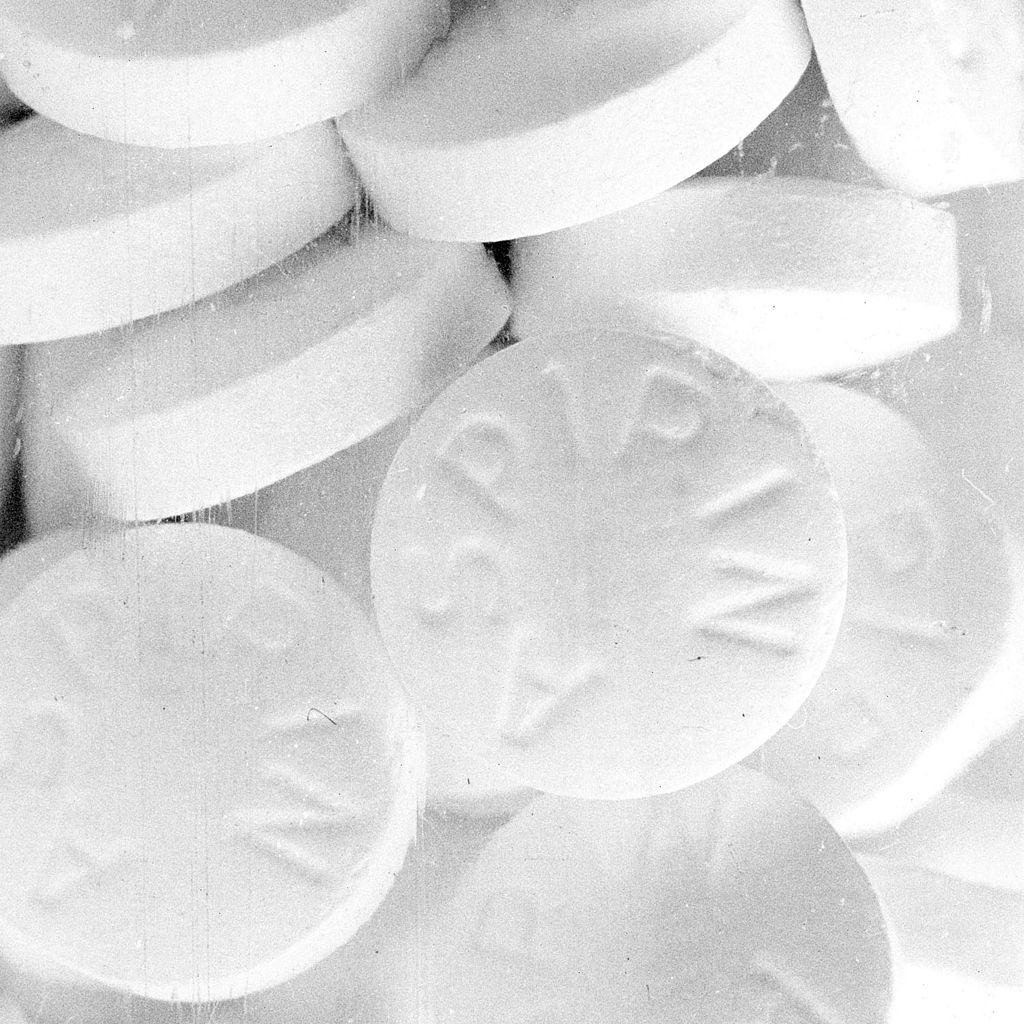 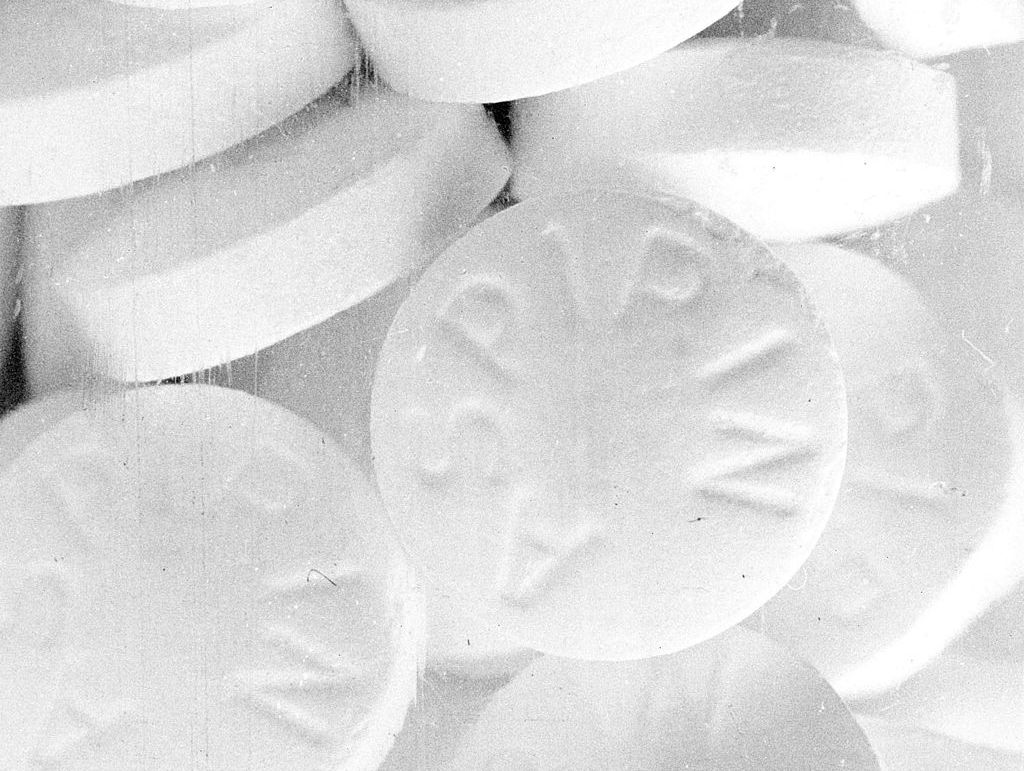 A new study published online in The Lancet on June 13 has shown that the long-term daily use of aspirin is associated with a higher than expected risk of disabling or fatal bleeding in people aged 75 years and above.

While conceding that short-term aspirin use after a stroke or heart attack has clear benefits, the researchers advised that physicians should prescribe, for patients over 75 who take aspirin on a daily basis, a proton-pump inhibitor (i.e. heartburn drugs; PPI) to reduce the risk of bleeding.

According to the paper, roughly 40-60% of adults aged 75 or above in the US or Europe take daily aspirin or other anti-platelet drugs to prevent heart attacks or stroke. Physicians recommend lifelong treatment with anti-platelet drugs for patients who have previously had a heart attack or stroke. This is considered secondary prevention, a practice followed universally. However, this advice is based on trials done mostly with patients younger than 75, with a follow up of approximately two to four years.

“Previous studies have shown there is a causal link between anti-platelet treatment and upper gastrointestinal bleeding, and although the risk is known to increase with age, estimates on the size of the risk vary widely, there are few data on whether severity of bleeding also increases with age,” a press release from the journal stated.

“We have known for some time that aspirin increases the risk of bleeding for elderly patients,” Peter Rothwell, the study’s lead author, said in the same statement. “But our new study gives us a much clearer understanding of the size of the increased risk and of the severity and consequences of bleeds. Previous studies have shown there is a clear benefit of short-term anti-platelet treatment following a heart attack or stroke. But our findings raise questions about the balance of risk and benefit of long-term daily aspirin use in people aged 75 or over if a proton-pump inhibitor is not co-prescribed. However, suddenly stopping medication is definitely not advised, so patients should always talk to their doctors.”

During the study, Linxin Li, Olivia C. Geraghty, Ziyah Mehta and Rothwell, all researchers from the Nuffield Department of Clinical Neurosciences, John Radcliffe Hospital, University of Oxford, followed 3,166 patients who had previously had a stroke or heart attack and had been prescribed anti-platelet drugs (mostly aspirin). Half the patients were aged 75 or over at the start of the study. Over the next 10 years, 314 patients (9.9%) were admitted to hospitals for bleeding. The study found that the risk of bleeding, and the risk of fatal or disabling bleeding in particular, increased with age.

The study also revealed that the outcome of non-fatal bleeds was worse in older ages. The proportion of survivors for whom a bleed resulted in a new or sustained increase in disability rose from 3% (four of 157) for people aged under 75 to 25% (46 of 183) for people aged over 75. Overall, the risk of disabling or fatal bleeding over ten years was 10-times higher at ages 75 years or older compared to younger patients.

Rothwell told this correspondent, “Our population was mostly white British, but there isn’t much evidence from elsewhere to suggest that the bleeding risk would be lower in other ethnic groups.”

As an observational study rather than a randomised trial, the study has a limitation: it is not possible for it to show that the increased risk is entirely caused by aspirin. However, a previous randomised trial has shown that at least half the bleeds occurring due to aspirin are medication-related.

The authors noted that most of the patients in the study were taking aspirin (75 mg enteric coat); a few others were taking clopidogrel. Currently, the study’s findings may not apply to other anti-platelet drugs.

“Many patients in the study took aspirin plus clopidogrel in the first few months, which did increase the bleeding risk a little,” Rothwell added. “Previous trials have shown that the bleeding risk on aspirin is similar to that on clopidogrel alone – and so our results are probably reasonably generalisable.”

The findings additionally did not take into account the potential impact of any adverse effects linked to long-term PPI use.

Although the risk of heart attacks and strokes also increases with age, the authors concluded that for patients aged 75 or older, major upper gastrointestinal bleeding as a result of anti-platelet therapy was at least as likely to be as disabling or fatal an event as recurrent ischaemic stroke – if a proton pump inhibitor (PPI) is not co-prescribed.

PPIs could reduce upper gastrointestinal bleeding by 70-90% in patients receiving long-term anti-platelet treatment. However, prescription of PPI is not routine and only about a third of patients in the study were taking them.

While there are some known risks associated with long-term PPI use, the authors concluded that the benefits of PPI use at older ages outweighed the risks. They wanted the guidelines to recommend the co-prescription of PPIs in this age group (following a randomised trial).

“While there is some evidence that long-term PPI use might have some small risks, this study shows that the risk of bleeding without them at older ages is high, and the consequences significant. In other words, these new data should provide reassurance that the benefits of PPI use at older ages will outweigh the risks,” Rothwell said in the journal’s press release.

The paper concluded: “In patients receiving aspirin-based anti-platelet treatment without routine PPI use, the long-term risk of major bleeding is higher and more sustained in older patients in practice than in the younger patients in previous trials, with a substantial risk of disabling or fatal upper gastrointestinal bleeding. Given that half of the major bleeds in patients aged 75 years or older were upper gastrointestinal, the estimated [numbers needed to treat] for routine PPI use to prevent such bleeds is low, and co-prescription should be encouraged.”

In an accompanying comment published in the same issue of The Lancet, Hans-Christoph Diener, of the University Duisburg-Essen, Germany, stated that the first consequence of the study is that the benefit-risk association in long-term anti-platelet therapy should be evaluated every three to five years in patients older than 75 years.

However, Deepak Natarajan, a New Delhi-based cardiologist, cautioned that the researchers failed to “mention that a long-term PPI may increase the risk of chronic kidney damage and cardiovascular events. Ultimately, as per the researchers, you need to treat 25 patients aged 85 years for five years with a PPI to prevent a bleed.”