As TN and Goa Push Ivermectin for COVID, WHO Scientist Reiterates Opposition

Doctors have said that they are pressured to prescribe the drug to COVID-19 patients even though they are aware that it has no beneficial effect. 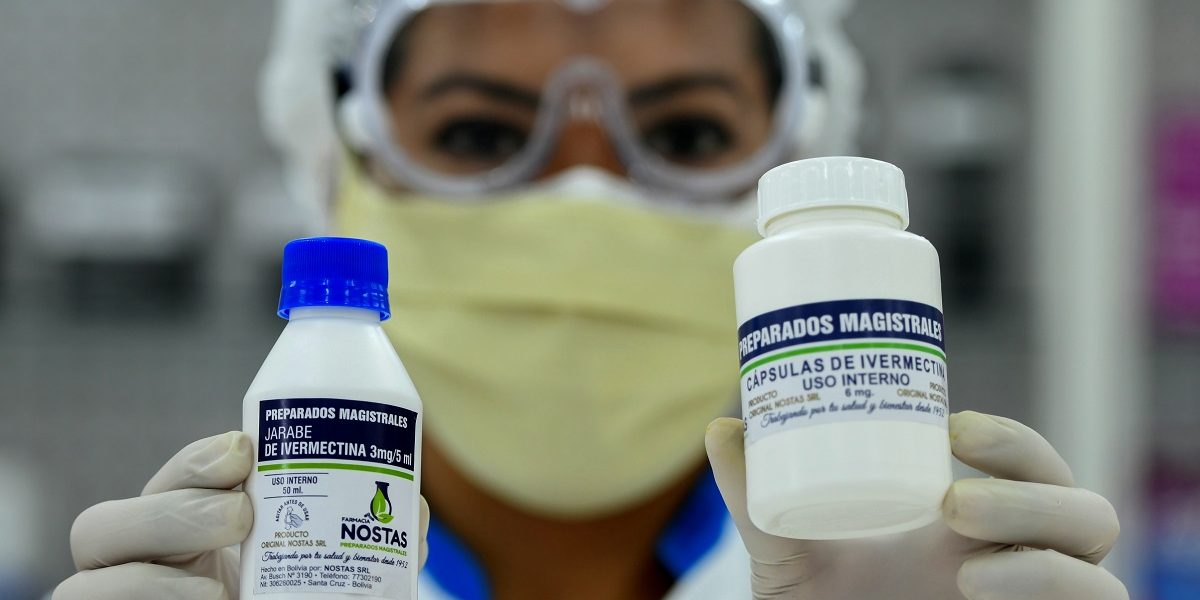 The Wire Staff
Government
Health
The Sciences
13/May/2021

New Delhi: As several Indian states continue to prescribe ivermectin, the World Health Organisation (WHO)’s chief scientist Soumya Swaminathan on Tuesday tweeted that the UN agency recommends against the use of the drug to treat COVID-19 patients except within clinical trials.

Included in the tweet was a press release issued by the company that manufactures the drug, Merck, saying it has not found any evidence to support ivermectin’s use in treating COVID-19.

“Safety and efficacy are important when using any drug for a new indication,” Swaminathan said in her tweet.

Safety and efficacy are important when using any drug for a new indication. @WHO recommends against the use of ivermectin for #COVID19 except within clinical trials https://t.co/dSbDiW5tCW

Her tweet came a day after the Government of Goa announced that it would give all people older than 18 years ivermectin – irrespective of whether they have COVID-19 to “bring down mortality”. The medical evidence says this is not possible. The state’s health minister Vishwajit Rane said on Monday that patients will be given 12 mg of ivermectin for five days.

A COVID-19 case management protocol issued by the new Tamil Nadu government also prescribes 12 mg of ivermectin for three days for people with all forms of COVID-19 – mild, moderate and severe. The protocol also recommends an antibiotic (azithromycin), whose use has also become irrational, experts have said.

For example, as Dr Amulya Gupta wrote for The Wire Science last week:

For example, antibiotics like azithromycin and doxycycline are still commonly advised for COVID-19 despite large clinical trials having found no evidence for their use, and despite the WHO’s persistent messaging.

These medicines are supposed to be useful in patients with specific clinical features and a high risk of developing a superimposed bacterial infection over the standard COVID-19 pneumonia. But many practitioners have been prescribing them as a blanket therapy for all COVID-19 patients.

As The Wire Science also reported on Monday, doctors across the country are being pressured into giving drugs – not just ivermectin but also remdesivir and tocilizumab – despite knowing that they are not effective against all forms of COVID-19 and irrespective of the patient’s medical history.

Dr Sumit Ray, head of the department of critical care at the Holy Family Hospital in New Delhi, told IndiaSpend that he has prescribed ivermectin only because of the pressure, but never to a patient in the ICU. He said he had prescribed it to people in the OPD and also asked them to stop it if they felt nauseous because “it is probably not going to benefit” them. “But I don’t think it benefits anyone. The evidence is very, very weak for it, and [for] Fabiflu, there is no evidence,” he added. “There were two studies which were done which had very strong bias” and were “very poor quality studies.”

In her tweet, Swaminathan attached a press release the German pharmaceutical company Merck, whose scientists found the compound from which ivermectin is derived, issued in February this year.

The release says the company’s scientists are carefully examining findings of all available and emerging studies of ivermectin for treating COVID-19 for evidence of efficacy and safety. To date, they have not found any scientific basis for a potential therapeutic effect against COVID-19, nor any meaningful evidence for clinical activity or clinical efficacy in patients with COVID-19. Merck said that its analysis has, however, identified “a concerning lack of safety data in the majority of studies”.

“We do not believe that the data available support the safety and efficacy of ivermectin beyond the doses and populations indicated in the regulatory agency-approved prescribing information,” it said.

Ivermectin is indicated to treat intestinal strongyloidiasis, a disease caused by a parasite that can abdominal pain, diarrhoea and weight loss, and for treating onchocerciasis, or river blindness, another parasitic disease that can result in blindness but also causes severe itching and bumps under the skin. Merck’s release also indicated the adverse reactions documented during clinical trials when ivermectin is used to treat strongyloidiasis and onchocerciasis.

Merck said ivermectin shoudln’t be used during pregnancy since safety in pregnancy has not been established. It added that ivermectin is excreted in human milk in low concentrations, so mothers who intend to breastfeed should only consider taking it when the risk of delayed treatment to the mother outweighs the possible risk to the newborn. Safety and efficacy in paediatric patients weighing less than 15 kg also haven’t been established, it said.

One reason doctors have offered for the use of these drugs is action bias – a preference to act even if their actions won’t have any effect on the patient’s chances of recovery or survival. As Dr Gupta wrote, “The fear of death forces recently diagnosed COVID-19 patients to expect long prescriptions and comprehensive advice, even if this information just doesn’t – or shouldn’t – exist. Patients often ask physicians if they are to restrict their diet in any way, and they feel better if the physician points something out and says it should be avoided. The requirement for specific dietary restrictions seldom exists.”

Have you tested positive for COVID-19? Here is a reasonable description of what you can expect to happen next. In case you have any doubts, please consult with your doctor.