The Haryana government said there are vacancies across various posts in the health department, and that "the filling of vacancies is a continuous process". 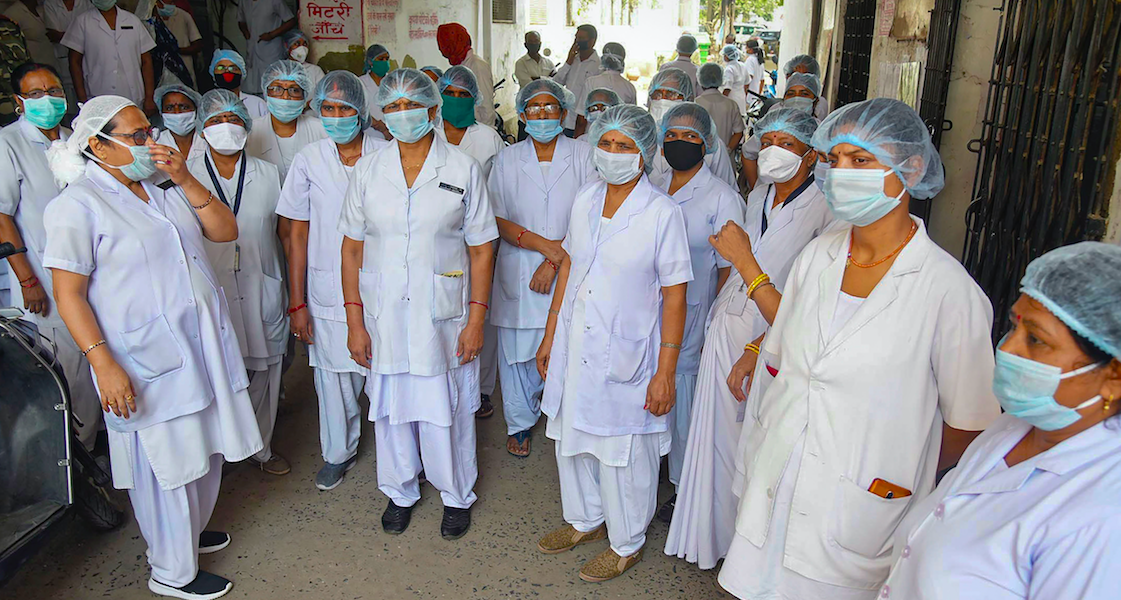 New Delhi: With the fear of the third wave of COVID-19 looming large, the Haryana government has noted that 51.3% of sanctioned staff nurses’ posts are vacant in the state. In absolute numbers, this translates into 4,403 sanctioned posts of which only 2,143 are currently filled, according to The Tribune.

The health ministry of the Haryana government has admitted that the large number of vacancies covers various posts. The government released the figures in response to a query by Congress MLA Varun Chaudhary during Question Hour in the Haryana assembly on Saturday, August 21.

“In the times of Covid, what have we learnt? The data shows we are sitting like ducks before the third wave. What corrective measures have we taken? The huge shortage reflects poor preparation. That was why this question was asked,” said Congress MLA Chaudhary in response to official figures. The government’s response further added that “the filling of vacancies is a continuous process”.

On the other hand, the situation among dental surgeons is no different: 110 posts (15.6%) out of 703 sanctioned posts are vacant. In the case of senior dental surgeons, the vacancy rate stands at 49.1%, with 26 vacancies out of 53 posts. As for dental assistant-cum-mechanic, there is a shortage of 61.8% specialists.

Out of 1,082 sanctioned posts for pharmacists, only 716 are currently filled. The shortfall of 366 corresponds to 33.8% vacancies. Among chief pharmacists, 16 out of 36 posts are filled.

As for ophthalmic assistants, only 78 out of 195 posts are filled. The vacancies correspond to 60%. Against the sanctioned strength of 322, only 90 radiographers are working in the health department, constituting 232 vacancies (72%).