Health officials are struggling with increased hostility, as well as rising distrust and rejection of Ebola treatment, from the public against the latest outbreak. 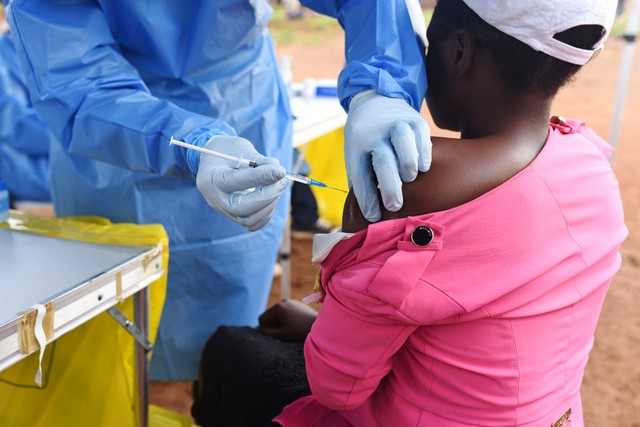 A Congolese health worker administers Ebola vaccine to a woman who had contact with an Ebola sufferer in the village of Mangina in North Kivu province of the Democratic Republic of Congo, August 18, 2018. Photo: Reuters/Olivia Acland

A radio host who helped warn the public about the deadly Ebola virus has been stabbed to death at his home in northeast Congo, the army said on Sunday.

The motive for the killing of Papy Mahamba Mumbere in the town of Lwemba, in the troubled Ituri region, remains unknown. It came as health authorities were set to introduce a new vaccine against the disease.

The Observatory of Freedom of the Press in Africa (OLPA) also confirmed the death of the 35-year-old reporter, saying Mumbere was “savagely murdered, on the afternoon of November 2 at his home, by unidentified individuals with white weapons [knives].

“After having mutilated the journalist, the assailants also wounded his wife before setting his residence on fire,” the organization said.

OLPA has called for the authorities to conduct a “serious investigation” into the murder. 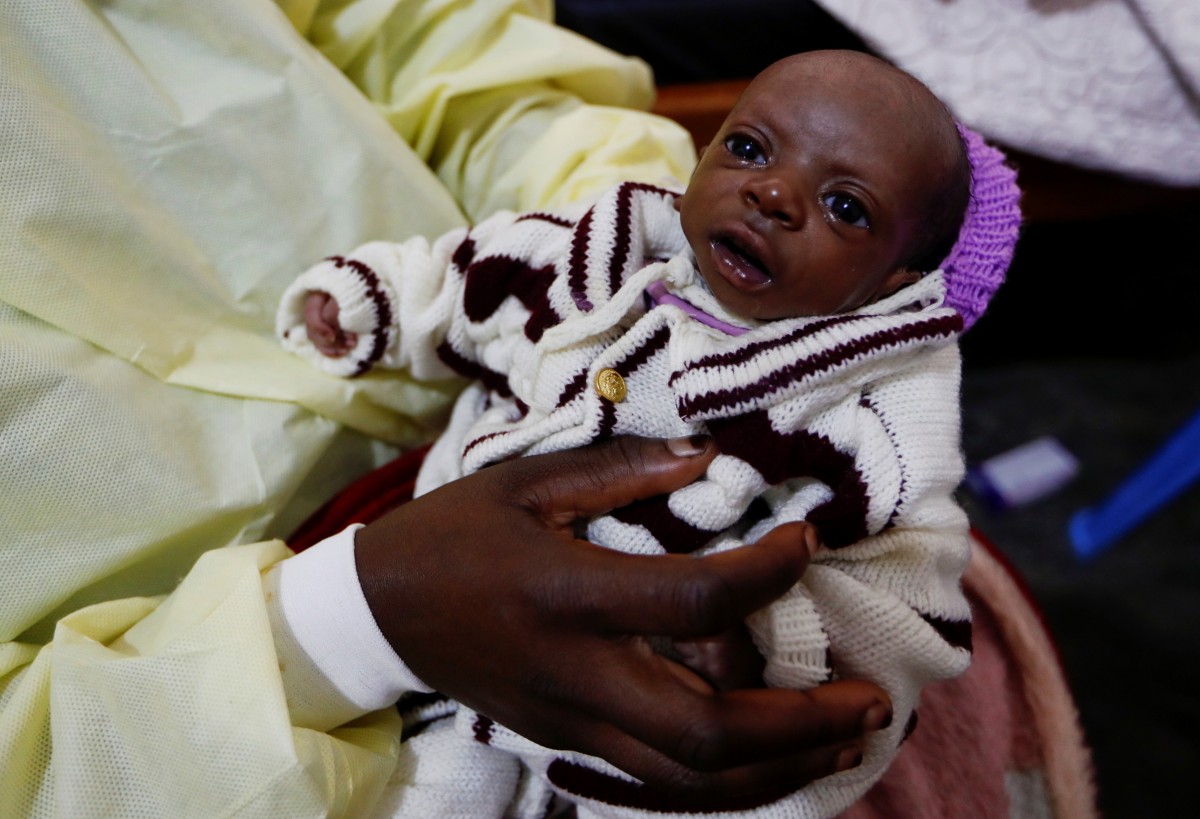 Arlette Kavugho, 40, mother of six and Ebola survivor who works as a caregiver, holds a newborn Katembo Lwayirweka whose mother died of Ebola, at the United Nations Children’s Fund (UNICEF) creche for children whose families are suspected or confirmed Ebola cases, near an Ebola treatment centre in Butembo, in the Democratic Republic of Congo, October 1, 2019. Photo: Reuters/Zohra Bensemra

Ituri, in eastern Congo and close to the border with South Sudan and Uganda, is one of the areas most affected by the latest Ebola epidemic.

First declared in August 2018, the highly contagious hemorrhagic fever has so far killed 2,185 people, according to the latest official figures.

Health officials are struggling with increased hostility from the public against the latest outbreak. Decades of violence from more than a hundred armed gangs, as well as rising distrust and rejection of Ebola treatment by some communities, is hampering attempts to eradicate the disease.

Health workers have repeatedly come under attack. A doctor with the WHo was shot dead in April in an attack on a hospital in North Kivu province. Since the start of the epidemic, a nurse and a police officer have been killed in similar circumstances.

In September, militiamen torched around 20 homes of health workers fighting Ebola in the area around Mambasa.

A large part of the population refuses to believe that the disease exists. People often refuse to forgo traditional burial rites that involve kissing, washing and touching the dead body. 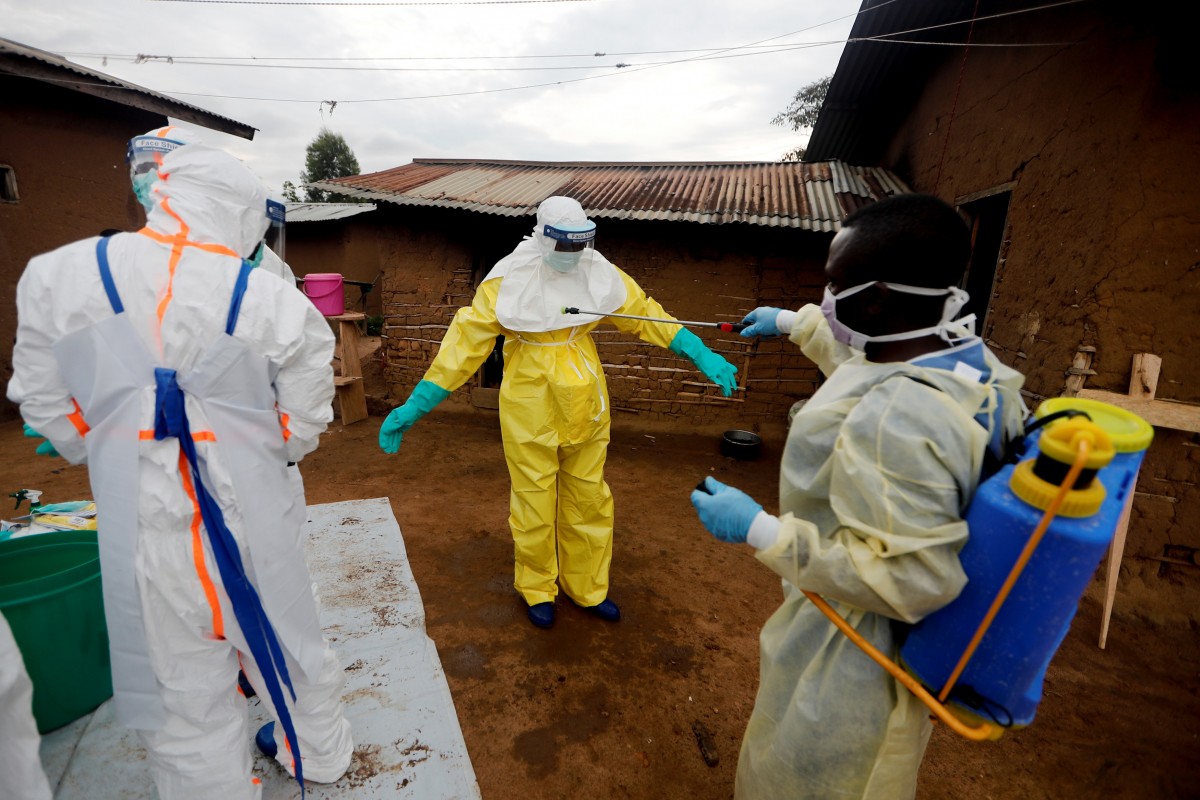 Kavota Mugisha Robert, a healthcare worker, who volunteered in the Ebola response, decontaminates his colleague after he entered the house of 85-year-old woman, suspected of dying of Ebola, in the eastern Congolese town of Beni in the Democratic Republic of Congo, October 8, 2019. Photo: Reuters/Zohra Bensemra

Funerals can become “super-spreading events” with up to 70 people infected in a single ceremony, according to the International Federation of Red Cross and Red Crescent Societies (IFRC). Ebola is transmitted through direct contact with blood and contaminated body fluids. It causes hemorrhagic fever and can reach a mortality rate of 90% if not treated in time.

This outbreak is Congo’s 10th Ebola epidemic and the second-deadliest on record after an outbreak that struck West Africa in 2014-2016, which claimed more than 11,300 lives.

The current number of cases is estimated at 3,274 (3,157 confirmed), according to official data. 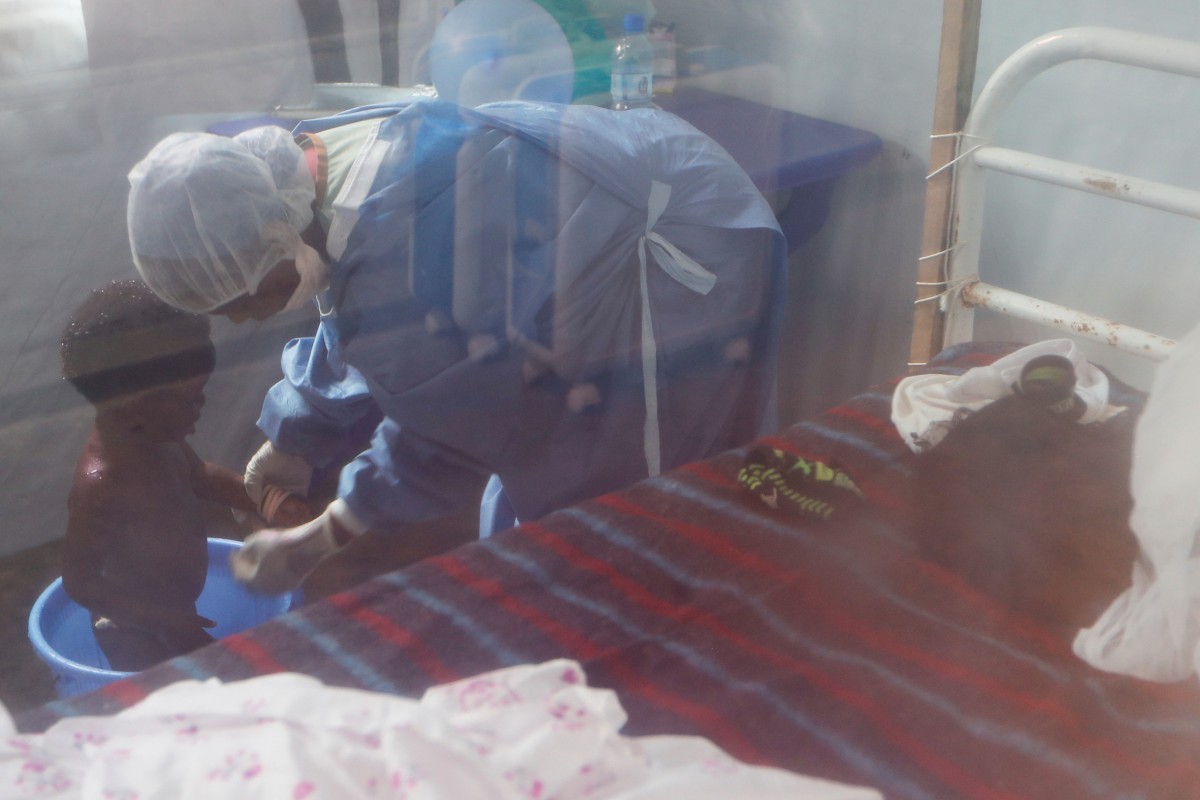 Noella Masika Vinyinyi, 30, an Ebola survivor who works as a caregiver, takes care of Angeline Kalala, 1, who is suspected to be suffering from Ebola, inside the Biosecure Emergency Care Unit (CUBE) at an Ebola treatment centre (ETC) in Katwa, near Butembo, in the Democratic Republic of Congo, October 3, 2019. Masika survived Ebola in June 2019. Photo: Reuters/Zohra Bensemra .

On Saturday, Congolese authorities said they had received 11,000 doses of a second anti-Ebola vaccine from Belgium, the country’s former colonial power.

The vaccine — an experimental product developed by US pharmaceutical giant Johnson & Johnson — is to be used to protect those living outside of direct Ebola transmission zones.