Instituting an All India Health Cadre would ensure that medical professionals are properly trained to tackle the needs and demands of India's health sector. 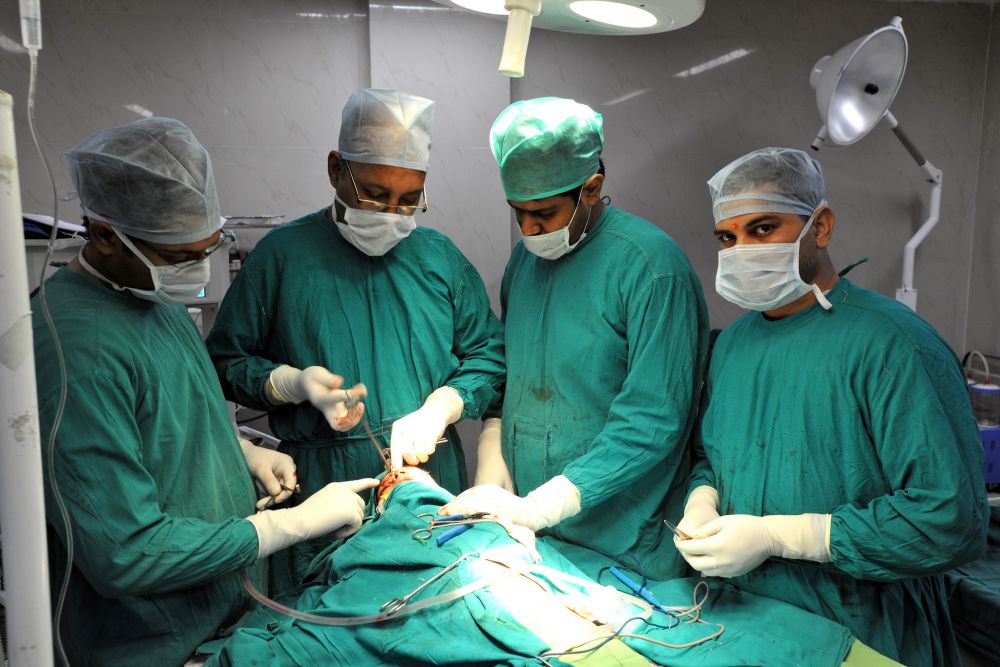 A letter by the Union health secretary to the chief secretaries of all states seeking their views on instituting an All India Health Cadre (AIHC), much like the Indian Administrative Service (IAS), is a big step towards the much needed and long awaited institutional reform in the health sector. Before elaborating on why I think this is a good initiative, let me digress a bit to explain what the IAS is, in order to understand the context for such a comparison.

The IAS is a follow on to the Indian Civil Service introduced by the British as a permanent civil service to provide stability and continuity of policies in fluctuating political environments.

Members of the IAS are recruited through a rigorous and competitive examination conducted by the Union Public Service Commission (UPSC).  Those selected then undergo two years of training in a variety of subjects, including a year-long exposure to all levels of administration. For the first nine years, these officers are required to work in districts in senior management posts as sub divisional officers, additional district magistrates, project directors of tribal development, district collectors and so on. After nine years of service, they move to the secretariat or work in the commissionerates like commercial taxes, education, health, urban development and the like. They can also opt to work in the central government but only for a period of five years each time. Most senior management posts in the central government are manned by IAS officers, who bring with them field experience and state perspectives.

The system has worked well and is as good as it can be, given the overall decline in values, weakening systems of governance, the systematic destruction of institutional pillars, failure to build and sustain conventions and practices, politicisation, corruption and so on. Yet, the IAS continues to be invaluable, particularly when compared to other central services, due to their understanding of the institutional context of governance at the district and state levels, and their ability to quickly learn and adapt to new challenges and demands. However, it is increasingly felt that there is a need for senior managers working at the policy level to acquire domain knowledge, since all sectors are becoming complex calling for a measure of specialisation.

The proposal to have an AIHC has to then be viewed in the context of the IAS. Currently, states recruit doctors to work in primary health centres, hospitals, and at district and state levels to implement large public health programmes. Training, if any, is patchy, non standardised and often of poor quality. As most states have no public health cadres, theoretically, a district medical officer, required to implement public health programmes such as vector borne diseases or TB control, could be a radiologist or an orthopaedic doctor with scanty knowledge of public health principles and management.

At the health ministry, all technical posts are manned by doctors recruited into the Central Health Service (CHS) by the UPSC, based on an interview. They too have no training of any kind. The CHS has four sub-cadres – medical education, public health, specialist cadre and non specialist cadre. Weakest among them, and rapidly dwindling due to neglect, is the public health cadre. Promotions are based on seniority. In the current system, it is theoretically possible to have the director general of health services – the highest technical post in the central government – not having ever seen a sub-centre or a district hospital, a malaria case or a tuberculosis centre. Instead, he could be a clinical specialist having worked all his life in the two central government hospitals in Delhi. Compare this with other countries where such critical posts are manned by people who would have typically started their career working in primary healthcare settings.

The infirmity of the current system was recognised as early as in 1959 by the Mudaliar Committee, which observed that “Personnel dealing with problems of health and welfare should have a comprehensive and wide outlook and rich experience of administration at the state level….. For this, it is necessary that an all India cadre should be brought into existence…….”

In 1973, the Kartar Singh Committee once again raised this issue observing that doctors with no formal training in infectious disease control, surveillance systems, data management, community health related problems, and lacking in leadership and communication skills, with no exposure to rural environments and their social dynamics, nor having been trained to manage a facility or draw up budget estimates, were ill equipped and misfits to work in public facilities. “It was also felt that the medical education that he receives has hardly any relevance to the conditions in which he would be required to work, either in the state run health program or even in private practice………since medical education is based almost entirely on western model, he is more suitable for the conditions that prevail in western countries than in his own.”

Once again, the inadequate knowledge of public health and management capabilities, calling for an AIHC to be established, was commented upon in the report of the Administrative Staff College of 1995 and more recently in the report by the National Commission on Macroeconomics and Health in 2005.

To be fair, the ministry did consider establishing an AIHC but never pushed it enough. In fact, even the more limited proposal of having two director generals – one for medical education and hospital services to be filled by the specialist cadre of the CHS, and the other for public health to be filled on an open recruitment basis from public health specialists working in states – was not pursued and instead sabotaged by increasing the number of additional director generals from the original four to 12. Recommendations to institute a department of public health – another long pending consideration – also found no traction with the powers that be, largely due to a total lack of understanding and appreciation of the growing crisis.

India is one of the few post-colonial countries that has failed to make the epidemiological transition from effectively controlling infectious diseases that disproportionately impact the poor and continue to account for 36% of the country’s disease burden and a large contributor to the global burden of infectious diseases. On the other hand, it is not as if we have done well on arresting the growing incidence of non communicable diseases or manage our public hospitals as per global standards. Resource management issues – human and financial, enforcement of protocols and accountability frameworks, procurement and inventory management, building systems for hygiene and sanitary conditions – continue to plague the health sector. Unlike other sectors, health management has vital technical dimensions that have to be appropriately married to general management principles. Clearly, today’s doctor-manager cannot simply rest on his clinical prowess. He needs to understand health economics and institution building – skills that cannot be taught in one week management courses but that are learnt over time.

Further procrastination to bring in the required skill sets to control disease will prove to be disastrous and expensive for India. The need for a professional cadre of public health managers has become more acute on account of the rapidity with which the sector is getting commercialised. Doctors need to know budget management, cost effective analysis and the tradeoffs of technology and markets to effectively help the government transit from a monopoly-controlled system to a competitive market environment, all to ensure that patients are not short changed.

Instituting an AIHC would imply that doctors (and other non medical personnel) desirous of working in government would require to undergo training in health policy and work in district level hospitals for a period of time as a pre-qualification for promotions. Such a system is followed in Thailand, where every doctor (health service delivery is predominantly government) is required to work in the district hospitals for three years before moving on to their area of specialisation. Because of such a system, the secretary of health in Thailand is very conversant and familiar with the nature of challenges and problems that district level personnel face in implementing health programmes.

The AIHC will need to be contextualised within a holistic and comprehensive institutional reform that must begin with making health a concurrent subject (as was done in the case of education) and restructuring the administrative ministeries into two distinct departments – one devoted to public health. and the other to medical education and long term care/hospital services. Such architectural restructuring is required as both need different and varied sets of competencies and abilities. In the absence of such a framework, the mere introduction of an AIHC, in isolation, may prove to be inadequate, and if not managed well, even counter productive.

Every reform invites resistance as those likely to be effected do fear the sense of loss that new systems entail. The transition then needs to be managed skillfully to ensure that the reform is seen as useful and beneficial. The challenges to ushering architectural corrections in public health policy and delivery systems need to be overcome by adopting a wide consultative process and evidence – not on knee jerk or narrow political considerations.