A Vaccine that Could Block Mosquitoes from Transmitting Malaria

Researchers have tried unsuccessfully for decades to develop a malaria vaccine. Now a new approach, showing promise in mice, suggests it is possible to block mosquitoes from spreading the disease. 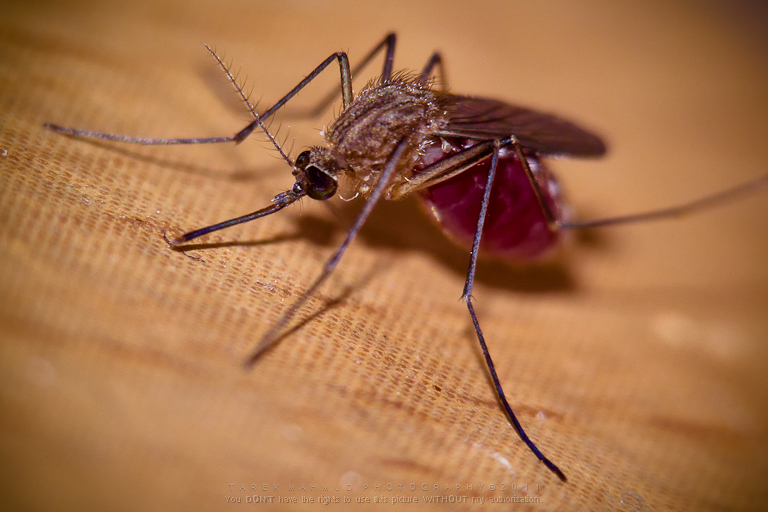 Is it possible to eradicate malaria?

It is a question with which many researchers have grappled, and many ideas have been proposed. The reason malaria has garnered so much attention is that it is one of the deadliest diseases, infecting 200 million people and killing more than 5,00,000 annually, with infants in Africa suffering the majority of fatalities.

The disease is a huge burden for humanity, damaging economies and social development. According to the Centers for Disease Control and Prevention, malaria treatments cost Africa nearly US$12 billion per year. Reports have shown that nearly 1,700 cases are diagnosed annually in the United States, usually in people who have recently traveled to regions of Asia and Africa where the disease is endemic.

For some decades, researchers have being working on a novel idea called a “transmission-blocking vaccine.” This vaccine is different from traditional vaccines that protect the recipient from getting the disease. Here, the vaccine blocks the transmission of the parasite that causes malaria from an infected human host to mosquitoes.

When a human receives such a vaccine, specific antibodies are generated in the blood. When a mosquito bites and ingests the blood of an infected human, both the parasite and antibody are taken up into the mosquito’s stomach. Once inside the mosquito, the antibody attaches to the parasite and inhibits its development. This prevents the mosquito from transmitting the disease to another person.

The concept is bold but has not yet been tested in large-scale trials.

A vaccine works by showing the body a piece of the disease-causing microbe. The part itself doesn’t cause disease but gives the body a preview of the invader so that it can prepare antibodies that will tag the microbe and label it for destruction.

To develop a potent vaccine that induces a strong antibody response, the choice of protein from the disease-causing organism is critical. Scientists home in on particular proteins that the microbes produce to spike the vaccine. For our work, we chose a well-studied protein called Pfs25, which is found on the surface of the malaria parasite.

The parasite displays this protein on its surface when it is developing in the midgut of the mosquito. Pfs25 as target protein for transmission-blocking vaccine has been clinically tested in Phase I trials; however, progress has been limited. That’s because, by itself, the Pfs25 protein triggers only weak production of specific antibodies.

In other approaches, researchers have taken steps to genetically engineer a modified and more potent Pfs25 for other clinical trials. In general, such approaches are promising, but there is some potential risk that the target protein does not exactly mimic the natural protein on the parasite.

We believe that a new type of vaccine that incorporates liposomes may be a promising candidate for a transmission-blocking vaccine adjuvant. An adjuvant is another vaccine component that potentiates the immune response. Liposomes are hollow spheres made from fat molecules.

The advantage of the liposomes, compared to just the Pfs25 protein alone, is that they can help deliver more parasite protein to immune cells. These cells uptake the liposomal vaccines and trigger the production of more antibodies which then target the parasite for destruction and block the disease.

Jonathan Lovell’s team has developed a liposome as a vaccine to fight against malaria. In 2015, Dr. Lovell’s team figured out how to anchor proteins to the liposome by attaching them to a string of amino acids called a histidine tag. The tag works like an anchor which attaches the protein to the liposome.

Adding a cobalt-containing molecule, with a structure similar to vitamin B12, made the liposome-protein structure stable.

Eliminating the spread of malaria

The Lovell lab developed a cobalt-laced liposome-based vaccine that displays the parasite proteins on its surface.

Making this vaccine is simple. Once we have the cobalt liposomes and the Pfs25-histidine molecules, we simply mix these parts together, and the structures form spontaneously. When this Pfs25 liposome is injected into mice, it triggers high quantities of antibodies.

The antibodies in the mice blocked development of parasites in the gut of the mosquito. So we expect that when an uninfected mosquito bites a person infected with the malaria parasite, the blood it sucks up will carry the parasite and the human antibodies that will prevent the parasite from multiplying in the insect’s gut.

Another valuable feature of the cobalt liposome is that we can attach a variety of proteins from different stages of parasite development to create a particle that triggers the production of many types of antibodies – each targeting a unique part of the parasite. Our results showed that five distinct malaria proteins could be attached to the liposome surface.

The antibodies from mice immunized with liposomes carrying multiple proteins recognized many stages of parasite development. The results seem promising. In the future we plan to explore the safety of this vaccine and whether it will work for different species of malaria.

Our next step is to test our vaccine in other animals. Eventually the aim is to translate this technology to human clinical trials and assess whether the liposome technology and the transmission blocking vaccine strategy is an effective tool for preventing the spread of malaria.

Wei-Chiao Huang is a Ph.D. Candidate in the Biomedical Engineering Department at the University at Buffalo, The State University of New York.

Jonathan Lovell is an Associate Professor of Biomedical Engineering at the University at Buffalo, The State University of New York.