On World Water Day, a look at the essential aspects of water wisdom that India's efforts to ensure access for all must include. 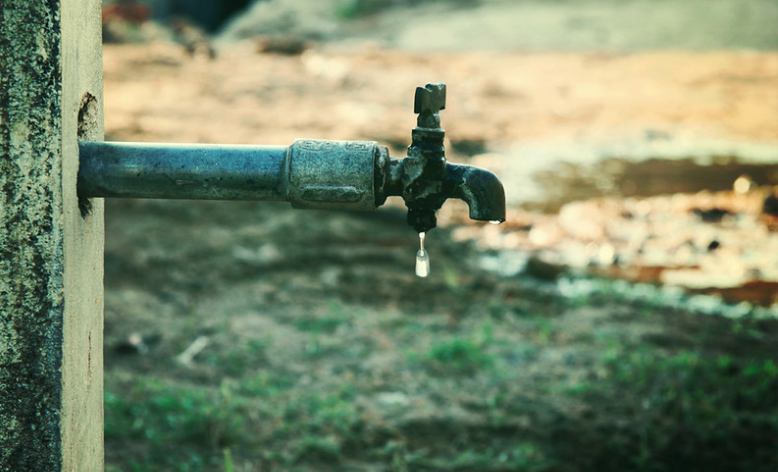 One of the foremost consequences of climate change is an increase in the world’s temperature due to global warming. The primary reason for the earth to get warmer is due to the release of greenhouse gases (GHGs). Gases such as carbon dioxide (CO2) and methane trap the sun’s heat in our atmosphere, making it warmer over the years.

According to the Intergovernmental Panel on Climate Change’s special report on global warming, the earth has already reached human-induced warming to the tune of 1°C in 2017 from the base year of pre-industrial levels. It is increasing at a rate of 0.2°C per decade. NASA has reported that warming reached up to 1.18°C in 2020.

Each fraction of warming brings enormous consequences to our natural resources. The first and foremost impact of global warming is in the water sector. Due to global warming, glaciers are melting at a much faster rate than ever before. The sea levels are rising, the ocean is warmer and more acidic. The warm ocean is feeding into cyclones that are impacting the coastal regions. Recent reports from NASA show that the past seven years have been the hottest in history with 2016 and 2020 topping the list of the warmest years. 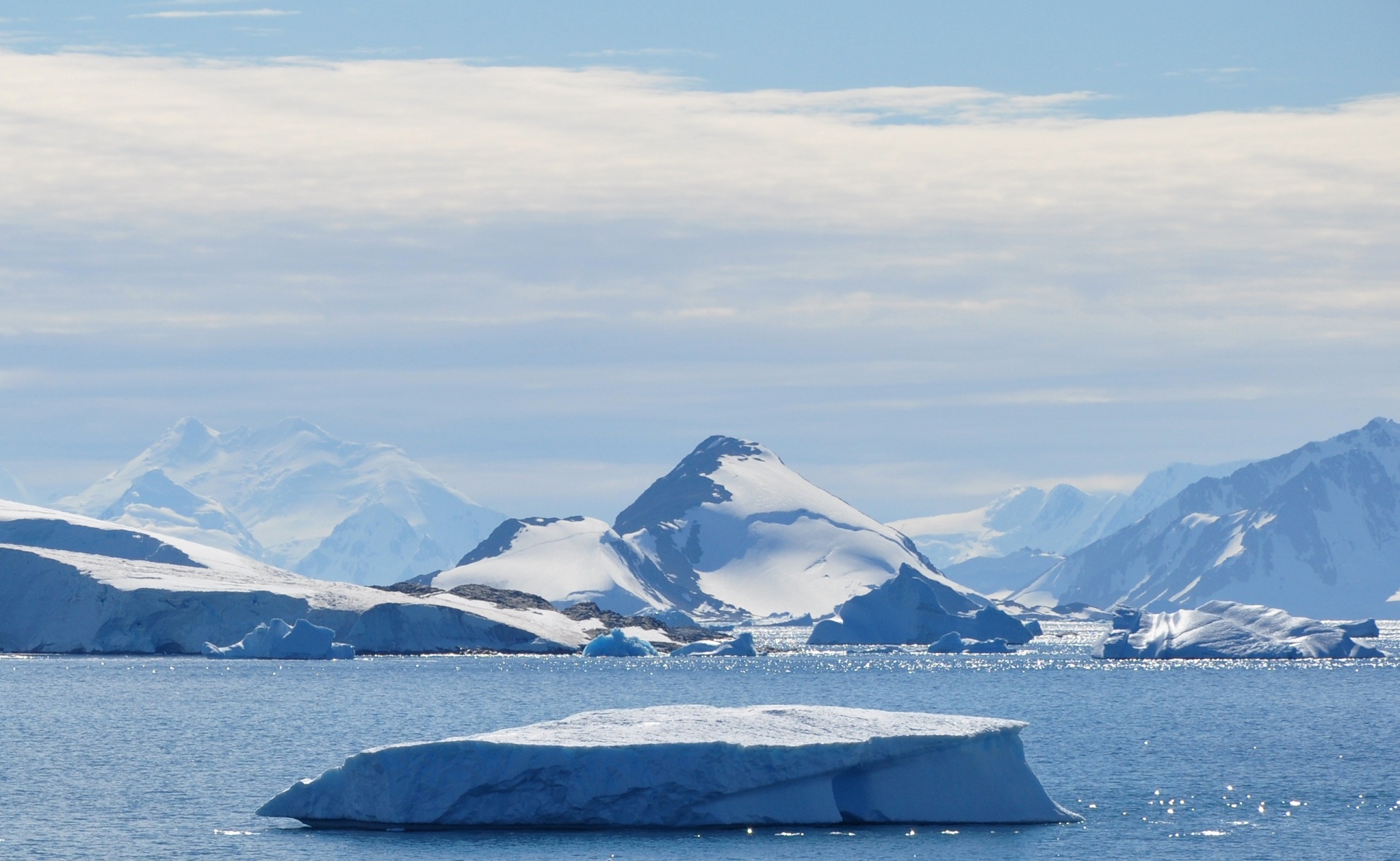 As we approach this summer, climate scientists are predicting much warmer days. The world resources institute’s 2019 report ranks India as 13th in the list of highly water-stressed countries.

The rising heat-stress impacts the availability of water which has larger consequences on its distribution and access. In an unequal society like ours, water flows with the money – meaning if you have more wealth you would have better access to water. The question is – how do we safeguard water supply for the millions of poor in India? Do the recent policy changes lead us to a water equal India?

A warming world means the availability of water will be disrupted. Global warming is already affecting water storage as the impounded water will get evaporated at a faster rate. Glacial retreats are leading to glacial avalanche and flash floods are destroying habitations. Together, they are changing water regimes. Climate-induced variability of monsoon means lesser rainy days and disruption in monsoon patterns leading to increased incidences of floods and droughts.

The Modi government initiated the Jal Shakti Abhiyan (JSA) in July 2019. JSA is a time-bound campaign to bring universal access to water for all.

To start with, the campaign was launched in 256 districts and 1,592 blocks in water stressed districts of India. Along with covering rural areas, 756 urban local bodies (ULBs) were also recognised as intervening areas as part of the campaign. The JSA programme also works on convergence and has a rigorous impact monitoring programme including an increase in groundwater and surface water storage capacity and an increase in soil moisture in the farmland.

Further, it also covers the area under plantation through the afforestation programme. So far, it is one of the most ambitious programmes after the total sanitation campaign to get water to every household. This is because the programme has integrated water conservation and rainwater harvesting, renovation of traditional water bodies, reuse of water and creation of recharge structures, watershed development and intensive afforestation as part of the programme to supply water. Also, for the first time in recent history, the programme has recognised local and traditional knowledge system to be brought under the formal planning process. These are laudable steps and are unmatched in their scale and ambition to make water accessible to all households by the year 2024.

The question is how do we converge climate knowledge into the JSA programme and why?

According to the Global Climate Risk Index, 2016, India was ranked the 6th most climate-vulnerable countries in the world.

A study by the Council on Energy, Environment and Water (CEEW) in 2020 reported that there is a noticeable rise in the occurrences of extreme events such as floods and droughts in the past two decades.

So, if we bring in the perspective of climate science in the JSA programme, it will be able to further strengthen itself. Apart from mapping a district based on water stress, which is largely centred on the groundwater exploitation index, it would be wise to include climate-related risk mapping into water-stressed area mapping.

There are many areas such as the Himalayan states, semi-arid central states or coastal states which comes under high climate risks zones. A superimposition of groundwater stressed district on the climate risk districts will be able to provide priority areas. 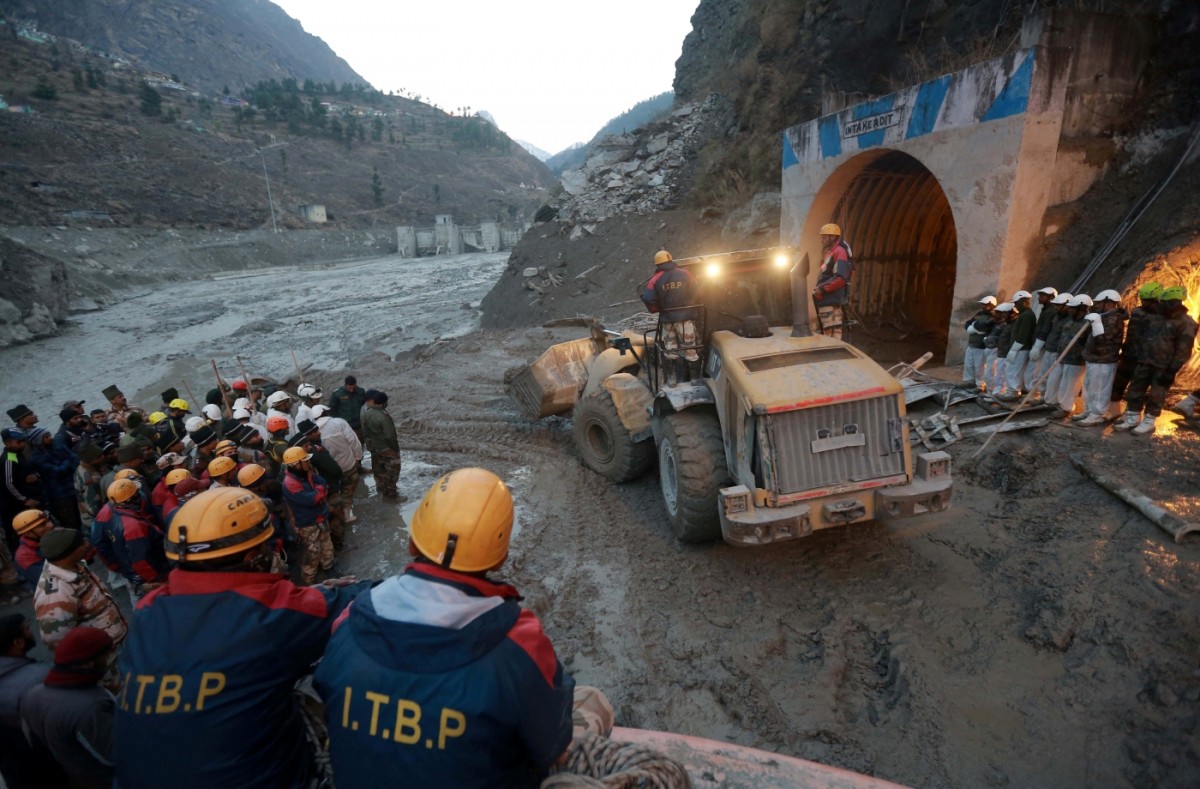 Members of Indo-Tibetan Border Police watch as a machine is used to clear a tunnel after the flood, in Tapovan, Uttarakhand, February 8, 2021. Photo: Reuters/Stringer

This mapping will also help in building climate-resilient water infrastructures in those locations that are identified as high-risk zones. The water technology in these areas could be better suited to the type of risk the area faces. For example, in flood zones, the water infrastructure needs to take the annual floodwater levels into account along with the district’s history of floods.

In drought-prone areas, strengthening the storage system could be a priority as the piped water supply system will largely depend on the availability of water. In coastal regions, seawater is slowly intruding into freshwater bodies due to a rise in sea level and making the drinking water saline. Also, these areas are frequently becoming prone to cyclones and so a different level of planning with a focus on climate-resilient water infrastructure would be required to respond to these risks.

India has been a hydraulic civilisation that knew how to use water for maximum gains without harming the immediate environment. The south India honeycomb tank systems, Chandela tanks in central India and rainwater harvesting systems of Rajasthan are few examples of its rich water history.

In the heydays of the Kakatiya dynasty (in present day Telangana) during 11-1300 AD, around 97% surface runoff was captured in 50,000 odd tanks. We need to marry current scientific knowledge with the water wisdom of the past to create a new India which is water-happy and not water-starved.

Dr Anjal Prakash is the research director and adjunct associate professor, Bharti Institute of Public Policy, Indian School of Business. He is an IPCC author who was coordinating lead author of the special report on Oceans and the Cryosphere, 2018, and lead author of the ongoing 6th Assessment report of IPCC. The views expressed are personal.