With 'One Nation, One Election', the Bugle for a 'Hindu Rashtra' Has Been Publicly Sounded

In a federal democracy, the administrative convenience of the Union or the Election Commission cannot dictate the political processes of a state. 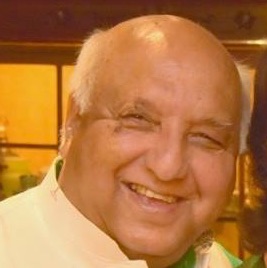 Women standing in queue to cast their vote during assembly elections in Coimbatore. Credit: PTI/File

India must probably be the only democracy where elected representatives treat the holding of elections at multiple levels of federal democracy, at different times, as a nuisance.

A few days ago, Baijayant Jay Panda, the Biju Janata Dal (BJD) member of parliament from Odisha, who is out of favour with his own party, made precisely such an assertion in a TV panel discussion. He argued that with some or the other state always having an election and with every state election now being treated as a national referendum, ‘governance’ was becoming a casualty. The ‘one nation, one election’ proposal being advocated by Prime Minister Narendra Modi was, therefore, a welcome reform and would save the country time, resources and energy and allow ‘governance’ to proceed without distractions. It may require the constitution to be substantially amended but such an amendment was an eminently desirable measure of political reform, as per Panda. He is suggesting something he calls ‘one nation two elections’, on the American model of election cycles.

Coming from someone who until a few years ago had been a passionate advocate of the federal idea, such ardent advocacy of a proposal with a distinct centrist bias was disappointing. While intellectual infidelity among politicians who otherwise present a facade of thoughtful reasonableness is not unsurprising, I would have thought that as the elected representative of a regional party which owes its rise to power to the strong federal impulses in our polity, he would be more responsive to those impulses. Obviously, however, the need to ingratiate himself to the Sangh Parivar which is waiting for him to break ranks is bigger federalism or principles be damned.

Disguised as election reform, the ‘one nation one election’ proposal has little respect for the fact that in a federal democracy, once the respective domains of each unit of democracy – small or big – have been constitutionally demarcated and defined, that unit functions autonomously within that domain. Its interests, its priorities, its mores and conventions are its own and are not subordinate to that of the Union, except where the constitution itself so mandates. The term of the legislative assembly of a state has nothing to do with the term of the Lok Sabha and depends primarily on the way electoral politics plays out within that state. It may happen to coincide with the term of the Lok Sabha, as it did for many years after independence but it may not, however ‘inconvenient’ that may be. In a federal democracy, the administrative convenience of the Union or the Election Commission cannot dictate the political processes of a state. Period.

This contempt for one of the most fundamental tenets of federalism (and let us not forget that until last year our prime minister was championing ‘cooperative federalism’ as his distinctive contribution to democracy) reflects the deep distrust the Sangh parivar has for the heterogeneity and plurality of Indian polity and society. There is a deep desire to bring about an overarching bureaucratic homogeneity by focussing on ‘one nation’ and  first conflating the ‘nation’ with the state and then the state with the Union or the Centre. The states and other units of democracy, such as panchayats and municipalities, are clearly not viewed as equal partners in the practice of federal democracy but as subservient units of administration in a hierarchical order.

It is not merely the disregard for our federal character which is implicit in the ‘one nation, one election’ idea – there is also a barely concealed contempt for electoral democracy itself. Elections are seen as a nuisance, to be suffered in order to acquire legitimacy for the executive in the exercise of state power. They are clearly not seen as having any value other than as a means to secure power. The fewer and less frequent they are, the better to get on with the business of ‘governance’.

The dangerous insinuation here is that the need to periodically seek the mandate of the people is an unnecessary burden which comes in the way of governance. ‘Governance’, here, is viewed as something superior to and outside the practice of democracy – the preserve of the bureaucracy and the political executive which controls it. The people, the voters, have nothing to do with it.

This mindset underscores one of the saddest realities of our democracy in comparison with the older more developed ones where there are many different ways in which people participate in the governance process. Sometimes, this is directly through public hearings and referendums but mostly through formally institutionalised processes of consultation with elected representatives. A vendor wears a mask of Narendra Modi. Credit: Reuters

A wide range of institutional mechanisms exist which require governments to be constantly interacting with elected representatives in the exercise of executive power. Parliamentary checks and even control of executive decision-making is an ongoing process, and there is little the executive can do without regular consultation with and approval of the relevant committees of the legislature. On their part, the elected representatives have to be continuously in touch with their constituencies to ensure that the position they take on any issue of policy or practice is aligned with that of their constituents.

In our case, on the other side, institutions of the legislature play a very peripheral role in the executive decision-making process. Political-level consultation is sporadic and inconsistent. A monumental decision like demonetisation of the currency, for example, can be taken at will without any prior consultation. In such a situation, elections are the only opportunity people have to show what they think of those in power, knowing that they have the power to boot out those they are fed up with. Elections are the only time that a voter knows that he/she has the upper hand. With state-level and even panchayat and municipal and university student union elections becoming important nationally, combined with the power of the social media, each election influences the behaviour of those in power and keeps tyranny in check.

The fact that one or the other state has to have elections every few months and the Union government has to be sensitive to the electorate in each one of them is one of the main reasons why following a singular proto-fascist agenda has been difficult for the ruling establishment at the Centre. Political calculations have to be made differently for each state, caste and community considerations variably balanced and policies and programmes tweaked accordingly. It is this difficulty in following a uniform political agenda that rankles with the Bharatiya Janata Party (BJP) as also having to make alliances with very disparate partners who may not necessarily subscribe to the same agenda.

It is not surprising that the ‘one nation, one election’ proposal carries considerable appeal with a vocal segment of middle India, particularly the professional classes-retired civil servants, officers of the Armed Forces, technocrats, corporate executives, business magnates and, of course, members of the Sangh parivar and its sympathisers. This is a segment which considers diversity and democracy to be messy and a major stumbling block in the ‘nation’ achieving its full potential. Uniformity, order and discipline are its keywords and seeing the entire nation as a single homogenised electorate ensures that democracy is disciplined and kept within the control of a strong State and a strong leader.

A relatively recent development has been that among its fellow travellers, the BJP now also has seemingly independent persons in politics, the media, academia and the professions, who like Jay Panda appear to be the voice of reason and moderation and who are seen as ‘neutral’ outsiders but often harbour views and attitudes that are frighteningly right wing.

The ‘one nation, one election’ cry is an attempt to make the ideal of a strong, centralised unitary nation-state acceptable, first by having people rally around the concept of ‘one nation’ and then unravelling a master national narrative to which all sub-national narratives must defer. Democracy must be made subservient to the achievement of this grand national purpose and we all know what that grand national purpose is. The bugle for the Hindu rashtra has now been publicly sounded. Beware.

Amitabha Pande is a retired secretary to the government of India.