In the revised electoral map drawn by the delimitation panel, the average population of an assembly constituency in the Muslim-majority Kashmir will be 1.4 lakh, while it will be only 1.2 lakh in Jammu, which is the bastion of the saffron party. 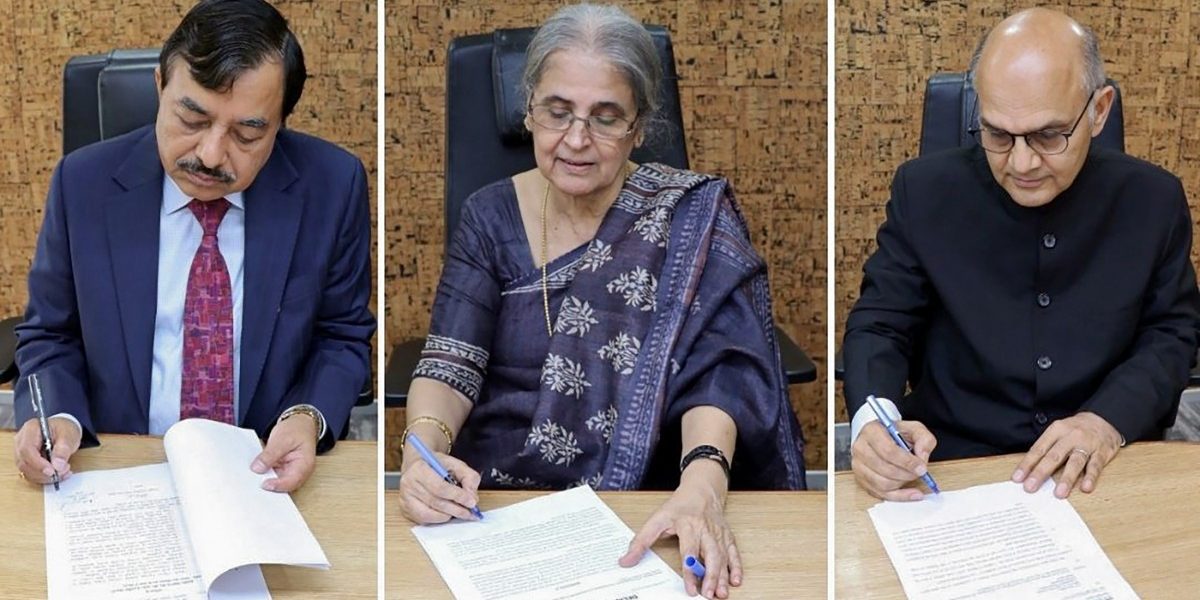 Srinagar: The notification of Jammu and Kashmir’s new electoral boundaries by the Delimitation Commission has revived fears that the “unconstitutional exercise” will effect “demographic change” and “disempower the people” of the union territory.

The three-member panel headed by Supreme Court Justice (retd) Ranjana Prakash Desai notified all 90 assembly constituencies on Thursday, May 5, a day before the panel’s extended term was scheduled to end. According to the notification, seven additional constituencies have been added to the J&K assembly.

While the assembly constituencies in Jammu, the Bharatiya Janata Party’s stronghold, have increased from 37 to 43 with the addition of six new seats, the number of seats in Kashmir has gone up only one notch, from 46 to 47. This is despite the fact that Jammu’s population is only 53 lakh, around 15 lakh less than the Kashmir Valley’s population of approximately 68 lakh, according to the 2011 Census.

In the revised electoral map drawn by the delimitation panel, the average population of an assembly constituency in the Muslim-majority Kashmir will be 1.4 lakh, while it will be only 1.2 lakh in Jammu, which is the bastion of the saffron party. “It will disempower the people of Kashmir,” said National Conference’s chief spokesperson Tanvir Sadiq.

Soon after the notification was issued by the delimitation commission, the Gupkar Alliance, a conglomerate of the National Conference and People’s Democratic Party among five regional political parties based in Kashmir led by Farooq Abdullah, criticised the exercise, saying the commission has “worked beyond its mandate” to propose “sweeping changes” which will “alter the demography” of J&K.

Also read: Here’s Why Neither Kashmir Nor Jammu Is Happy With Delimitation Commission’s Draft Report

“The voting rights for J&K assembly were restricted to only permanent residents (before Article 370 was read down) but the commission has now extended them to non-state subjects. In the long run, this exercise is bound to disempower the people of Jammu and Kashmir,” M.Y. Tarigami, spokesperson of the alliance and a senior CPI(M) leader, told The Wire.

Speaking with reporters in Anantnag, former J&K chief minister Mehbooba Mufti termed the commission as an “extension of the BJP”, saying it has shelved the parameter of population while redrawing the constituencies. “The commission is part of the (BJP’s) agenda to curb the rights and disempower the people of Jammu and Kashmir after Article 370 was read down,” she said, adding that her party rejects the exercise.

National Conference’s state spokesperson Imran Nabi Dar said that the “very existence of the delimitation commission is constitutionally suspect”. “Nevertheless, people deserve to get equal rights and representation. Unfortunately, it has not happened. The commission has completely ignored the important and only parameter of population in the exercise,” Dar said.

Tarigami said that the Gupkar Alliance is “hopeful” that the Supreme Court, which is hearing a batch of petitions challenging the reading down of Article 370, will take a “dispassionate view” on the issue. After a delay of nearly three years, Chief Justice of India N.V. Ramana recently said that the apex court will hear the petitions after the culmination of summer vacations.

“The statement (of the CJI) has rekindled our hopes that the unconstitutional measure taken by the Union government on August 5, 2019 will be struck down,” Tarigami, who approached the apex court last year in August for expediting the hearing of the petitions, told The Wire.

Asked about the course of action being planned by the Gupkar Alliance, Tarigami said, “In our last meeting, the PM (Prime Minister Narendra Modi) had promised that the delimitation exercise will be followed by elections and restoration of J&K’s statehood. We are committed to democratic processes and the onus is on the Union government to create an atmosphere for restoration of these processes.”

Senior Congress leader and former Union minister Saifuddin Soz said that the people of J&K will “never accept” the report of the delimitation commission. “The commission’s recommendation of adding six assembly seats to Jammu region and only one seat to Kashmir smacks of its predetermined erroneous assessment of the situation,” Soz said in a statement, accusing the commission of “playing the nefarious game in tandem with the Union government”.

“It is still possible for the Union government to consult the J&K’s mainstream political class at its (sic) earliest. My hope is that the people of Jammu and Kashmir State would give their calm reflection to the report, appreciate its implications and express themselves strongly, but democratically and peacefully,” he added.

However, the proposal for reservation of seats for Kashmiri migrants and PoJK residents has not been included in the notification which was signed by the three members and issued in the Gazette of India on Thursday.

The panel has also revoked some controversial proposals which it had made in its second draft report that was released in March and shared with the panel’s five associate members and Lok Sabha MPs from J&K, including National Conference’s Farooq Abdullah, Akbar Lone and Hasnain Masoodi, and the BJP’s Jitendra Singh and Jugal Kishore.

Several constituencies which existed in J&K’s previous electoral map and were erased, such as Habba Kadal and Zadibal in Srinagar, Kreeri-Wagoora in Baramulla and Suchetgarh in Jammu, have been restored, although some of them have been readjusted.

Similarly, some constituencies have undergone change of nomenclature such as Mahore to Gulabgarh in Reasi and Sonwar to Lal Chowk in Srinagar, while Kathua (North) in Kathua district of Jammu has been replaced by Jasrota.

The commission has also created a trans Pir Panjal Lok Sabha constituency by merging assembly segments of Anantnag district in Kashmir with those of Poonch and Rajouri district, which were earlier part of the Jammu Lok Sabha constituency, effectively diminishing the representation of Kashmir Valley in the parliament, according to political observers.

Although the move betrays the crucial parameter of geography and connectivity, as laid down in the Delimitation Act for drawing any electoral constituency, the commission said that it sees “Jammu & Kashmir as a single entity”. “By this reorganisation, each Parliamentary constituency will have equal number of 18 Assembly Constituencies each,” the commission said in a statement.

The commission, which was set up in May 2020 and got two extensions, has also reserved nine assembly constituencies for Scheduled Tribes and seven seats for Scheduled Castes.

Since its inception, the three-member panel held several meetings with J&K’s political leadership, government officials, representatives of panchayat, civil society members and other stakeholders to chalk out the new electoral cartography.

Meanwhile, the People’s Conference headed by Sajad Lone, a former ally of the BJP, said the delimitation commission has “discriminated against Kashmir.” Training guns at the National Conference without naming the party, Peoples Conference said: “Over the last six decades, Kashmir’s share of assembly seats in the J&K assembly increased from 43 to 47 while Jammu’s share rose from 30 to 43. Who is responsible for systematic disempowerment of Kashmiris from 1947? Those who aided and abetted in the journey from Jammu’s 30 to 37 are the ones who aided and abetted from 37 to 43.”

BJP leader Devender Rana said that the commission’s “judicious”report has strived for “inclusive political empowerment of all the segments” of J&K. The commission “has opened equal opportunities for all in the political process and decision making thereby equitably empowering all the residents of J&K irrespective of caste, creed, religion and region, which forms the core of democracy,” Rana said in a statement.

“Eventually it (new electoral map) will lead to strengthening the idea of Jammu and Kashmir and thereby the idea of India,” Rana, who was previously with the National Conference, added.