Why the Proposed Citizenship Amendment Runs Foul of Constitutional Provisions

The joint parliamentary committee fell prey to flawed reasoning in concluding that the Bill would be able to withstand legal challenge. 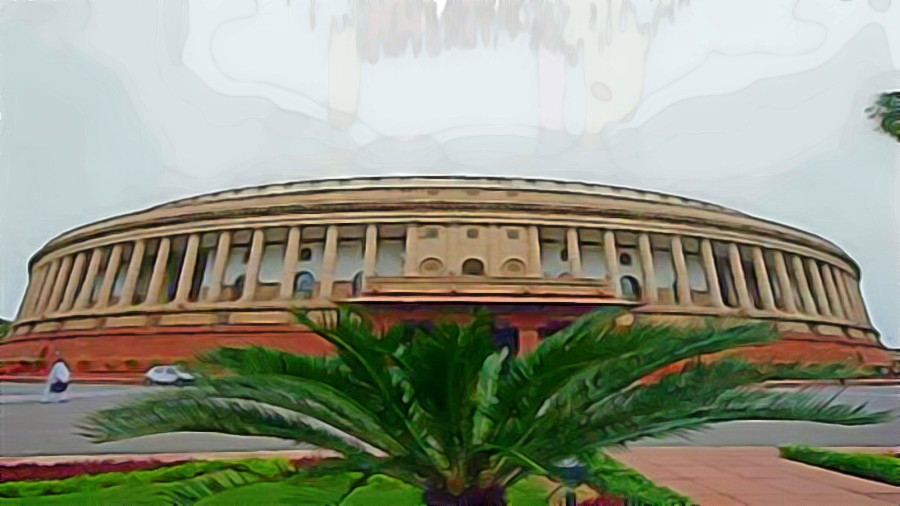 Speaking in Kolkata, Union home minister Amit Shah promised to bring the National Register of Citizens to the state, but only after the government had passed the Citizenship Act (Amendment) Bill, 2016 in the Rajya Sabha to ensure that no Hindu, Buddhist, Sikh, Jain and Christian refugee was denied citizenship for being an illegal immigrant.

The CAB was introduced in the Lok Sabha on July 19, 2016, a couple of months after the conclusion of the state assembly elections in Assam. In these elections, held two years after the BJP-led NDA came to power at the Centre, BJP leaders, including party president Amit Shah, spoke in rallies promising a ‘Bangladeshi-free Assam’.

Echoing the campaign speeches of Prime Minister Narendra Modi in the 2014 Lok Sabha election, Shah sought to convince people in Assam that the BJP would get rid of Bangladeshi ‘infiltrators’.

Simultaneously, the party also promised to protect Hindus who had fled to India to escape religious persecution in Bangladesh, enact a law for the rehabilitation of Hindu refugees from Pakistan and Bangladesh, set up a task force to expedite pending citizenship requests from refugees, and issue long term visas of 10-15 years, wherever citizenship requests were taking long to process.

Immediately after its introduction in the Lok Sabha, CAB 2016 was entrusted to a Joint Parliamentary Committee (JPC), which submitted its report on January 7, 2019, recommending the Bill for discussion in parliament.

Nine members of the 30-member committee submitted notes of dissent, indicating that there was no consensus on the final recommendation. The Bill was placed for discussion in the Lok Sabha on January 8, during the last session of the 16th Lok Sabha. It faced opposition there, but was passed with the force of the NDA’s numerical majority.

The matter was placed for discussion in the Rajya Sabha on January 9 – a day when house proceedings were dominated by the EWS quota bill, which ended in the adjournment of the house. With the dissolution of the Lok Sabha by the president in preparation for the next general election, the CAB lapsed.

The BJP then made CAB part of the party’s campaign for the 2019 Lok Sabha election. In rallies in Assam and West Bengal in particular, but also in other states, the BJP leaders made it clear that when the party returned to power, it would ensure the passage of the CAB into an Act. The manifesto of the Congress party released on April 2 announced its opposition to the CAB.

Home minister Amit Shah being garlanded at a rally in Kolkata on October 1, 2019. Photo: PTI/Ashok Bhaumik

Headed by Rajendra Agrawal, a BJP MP, the joint parliamentary committee was expected to submit its report by the last week of the winter session of 2016. In its 425-page report, finally submitted on January 7, 2019, the committee has noted its mandate, modus operandi, minutes of meeting, and dissent notes of nine members, apart from its recommendations on the final Bill.

The JPC spoke to ‘experts’ from different ministries including law and home, apart from ‘stakeholders’ from different states. It is clear that the JPC was conscious that the CAB, when enacted into a law, could face the charge of discrimination and judicial scrutiny may render the Act unconstitutional on the ground that it violated Articles 14 and 25 of the constitution. The JPC considered the charge of potential violation of Article 25 surmountable, since the CAB in its opinion was not violating the right to freedom of religion.

It devoted its efforts, therefore, towards preparing a defence against the charge of violation of Article 14, i.e., equality before the law and equal protection of the law guaranteed by the constitution to all ‘persons’ – citizens and aliens.

In this context, the JPC considered the suggestion that the category ‘persecuted minorities’ could be used in the Bill instead of identifying communities based on religion. It must be pointed out here that the CAB does not use the category religious minorities anywhere in the Bill. The Bill only gives reference to the notifications dated September 7, 2015 and July 18, 2016 to the Passports Act and the Foreigners Act, which mention the term ‘religious persecution’.

Yet, the JPC rejected this proposal in deference to the wishes of the ‘legislative department’, which advised it against the incorporation of a wider category of persecuted minorities, which would ‘negate the objectives of the Bill’, and ‘lose sight of’ religious persecution as the primary objective of the amendment.

The Department of Legal Affairs convinced the JPC that the CAB was sufficiently fortified against judicial scrutiny for violation of constitutional norms because it did not discriminate against persons on the ground of religion. It was making a distinction among persons on the ground of religion, for the purpose of meeting the primary objective of the Bill, which was extending the protection of citizenship to minority communities facing religious persecution in specified countries.

The consideration of religious persecution for making distinction among persons for extending the protection of citizenship could not, in its opinion, be construed as discriminatory, and in violation of Article 14 of the constitution because the distinction was being made on the grounds of both ‘intelligible’ differentiation and ‘reasonable’ classification.

The JPC took recourse to these two standards of evaluation – of intelligibility and reasonableness – drawing from the Supreme Court judgment in 1952 in the case State of West Bengal vs. Anwar Ali Sarkar This basically meant that the JPC was convinced that the CAB would withstand challenge on the ground of discrimination and violation of Article 14 since it ‘distinguished’ a group from another group of persons on intelligible grounds and this distinction had a rational relation to the objectives of the CAB.

In addition, the JPC believed that the objective of equality in Article 14 did not postulate equal treatment of all persons without distinction but equality of treatment in equal circumstances. In other words, the JPC was convinced that mentioning the names of the six religious minority communities would stand the scrutiny of the judiciary and its commensurability with the constitution.

The objective of the Act, as declared in its preamble, was ‘to provide for speedier trial’ for certain ‘cases’ or ‘offences’ or ‘classes of cases’ or ‘classes of offences’, and to empower the state government to constitute special courts, with procedures for trial, which were different from those laid down in the Criminal Procedure Code.

The JPC drew support from the Supreme Court judgment to argue that the classification of persons on the ground of religion would not constitute discrimination under Article 14 since they constituted a distinct group or class of cases requiring the protection of citizenship to escape religious persecution. Their inability to get speedy admission into citizenship made their condition precarious, especially since they were likely to be slotted as illegal migrants. The CAB attempted to correct that anomaly, by inserting exemptions in the citizenship law.

In the JPCs view, this constituted both an intelligible differentia and reasonable classification. Essentially, for the JPC, the test of reasonableness was primarily procedural, merely requiring correspondence between classification and the objectives of the law which made different rather than equal treatment imperative.

In its judgement in Anwar Ali Sarkar case, however, the Supreme Court had gone beyond procedural requirements to lay down substantive conditions for fulfilling the criterion of reasonableness. It did this by locating reasonableness in the stringent requirement of conformity to the equality provisions in Article 14 of the constitution. This is evident in the explanation given by the Supreme Court for dismissing the appeal by the West Bengal government, stating emphatically that the West Bengal Special Courts Act violated Article 14  on two grounds: (i) for failing the test of ‘equality before law’ by discriminating among persons while conducting a trial, and; (b) for removing the guarantee of ‘equal protection of law’ against the arbitrary power of the state.

The dissenting judge, Patanjali Shastri, as well as CJI Arthur Trevor Harries who wrote the lead judgement, agreed that the state had the power to distinguish and classify persons ‘to be subjected to particular laws’. They also agreed that while the state government had discretionary powers which were plenary in nature, these powers could not be arbitrary.

Thus, the criteria of intelligibility of the differentia and the reasonableness of classification, foregrounded by the JPC as protection against judicial scrutiny, can be still be prised open for constitutional validation, to ask whether they satisfy both grounds of protection guaranteed by Article 14, i.e., protection against discrimination (equality before the law) and protection against the arbitrary exercise of state power (equal protection of the law).

In 2009, the Delhi high court’s judgment in Naz Foundation vs. Government of NCT of Delhi referred to the ‘scope, content and meaning of Article 14’ as elaborated in what it called ‘a catena of decisions’.  These decisions, the judgment stated, lay down that while Article 14 ‘forbids class legislation’, it allows ‘reasonable’ classification for the purpose of legislation.

Citing the judgment in Maneka Gandhi case, the Naz Foundation judgment augmented protection against state arbitrariness by stressing that the law should ‘eschew arbitrariness in any form’ since arbitrariness was antithetical to equality, both according to political logic and constitutional law.

Thus, while providing a test for reasonableness, the Naz Foundation judgment went beyond the procedural test of correspondence between an intelligible differentia and the objectives of law, by subjecting the objectives themselves to scrutiny. The judgment provided substantive test of protection against exercise of arbitrary power of the state, to say that any violation of Article 14 is in fact a violation of equality provisions in the constitution. The restraint on state arbitrariness, according to the judgment was to come from constitutional morality, which as B. R. Ambedkar declared in the constituent assembly, was the responsibility of the state to protect.

It may be argued then, that the Anwar Ali Sarkar judgment, the Naz Foundation judgment, and a series of judgments cited in the latter have built, incrementally and cumulatively, a set of substantive conditions that need to be satisfied to meet the test of reasonableness.

While protection against the arbitrary power of the state is drawn directly from Article 14, the tests of equality and dignity are traced to the code of constitutional morality, which is to be found running through the constitution generally, but more specifically in the preamble and chapters III, IV and IV-A of the constitution relating to fundamental rights, the directive principles of state policy and fundamental duties.