Why Livestock Insurance Is yet to Take off in Rural India

Under the National Livestock Mission, Haryana, Uttar Pradesh and Rajasthan have not insured a single animal in the last four years. 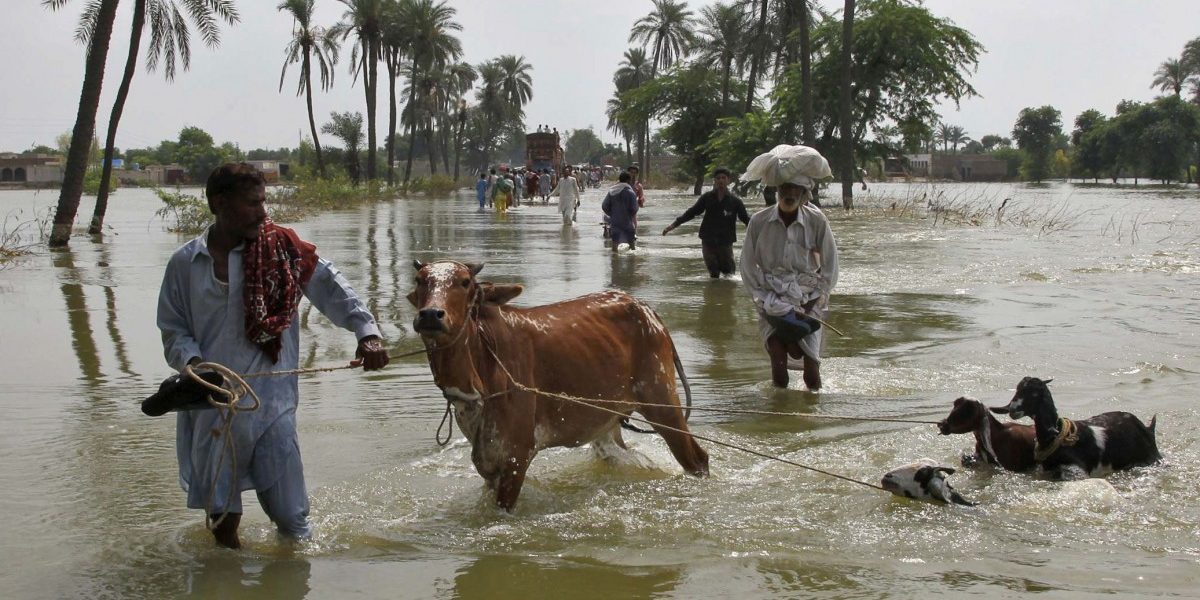 The animal insurance scheme is optional, which is the foremost reason for its failure. Credit: Reuters

One of the great success stories of rural India is its dairy sector. This is where resource-poor, small and marginal farmers, as well as landless labourers, have contributed to make the country the largest milk producer in the world. In 2017-18, India produced 176.35 million tonnes of milk.

The value of milk in money terms now exceeds the value of wheat and rice taken together. While the Narendra Modi government’s crop insurance scheme has received a lot of attention, the risk coverage of milch animals continues to be largely ignored. This even though their owners suffer as much loss in a calamity like a flood or drought as farmers suffer due to loss of crop.

In Kerala alone, 75,857 cattle are reported to have died due to floods and landslides in August 2018.

Under State Disaster Relief Fund guidelines, the assistance of Rs 30,000 is provided for replacement of a cow, buffalo or camel and Rs 3000 for a sheep, goat or pig. The actual cost of replacement of milch animals is 2-3 times this amount.

The sum insured under the policy is the market value of the animal. The basic premium rate per annum is up to 4% of the sum insured.

The insurance policy provides coverage for death due to:

Since May 2014, the Centre has been implementing risk management and insurance scheme in all the districts of India for all animals including non-milch ones.

Under this scheme, 50% subsidy is provided on insurance premium – but it is restricted to five animals per beneficiary per household for all animals except sheep, goat, pig and rabbit. In the case of these four, a subsidy is available for 50 animals. The proposal for insurance is to be accompanied by a health certificate from a veterinarian giving age, identification marks, health status and market value of the animal.

At the time of claim, most companies require a death certificate from a qualified veterinarian, post-mortem examination report and radio-frequency identification chip, which is inserted in the front left leg at the time of insuring the animal.

Haryana, Uttar Pradesh and Rajasthan, which have witnessed most cases of cow-related violence in the last four years, did not insure a single animal.

As per Census 2012, there were 122.9 million cows and 92.5 million female buffaloes in the country. While we do not have the break-up of animals insured for each species, we can assume that most of the insured animals would be cows or buffaloes. It is clear that the number is less than miniscule.

Table 1: India is no country for animals

In case of crop insurance under Pradhan Mantri Fasal Bima Yojana, one of the criticisms is that the scheme is compulsory for loanee farmers (for crops notified by a state government) and banks deduct the premium from the farmers’ Kisan Credit Card account.

On the other hand, the animal insurance scheme is optional and that is the foremost reason for its failure. Banks are not involved in livestock insurance and due to a lack of awareness and the procedure required to purchase insurance, few farmers bother to insure their animals.

For an insurance scheme to succeed, large numbers of buyers of insurance product are needed, who then support the few whose claims become payable. This keeps the premiums low for everyone. Unlike crop insurance, the individual assessment of loss is required in livestock insurance. Insurance companies must be finding it highly expensive to reach out to a large number of small and marginal farmers who rear a few animals.

If the crop insurance scheme is also made optional and each farmer is asked to purchase insurance, it will possibly meet a similar fate as livestock insurance. The number of farmers may drastically go down and the actuarial premiums may actually go up substantially from current levels. Even in the case of tractors and motorcycles, it seems that few owners bother to renew even third-party insurance after the first year (Insurance in the first year is compulsory for registration and banks also insist on this while sanctioning loan).

So, in order to provide risk coverage to farmers rearing animals, especially in flood-prone states like Andhra Pradesh, Tamil Nadu, Odisha, Bihar and east Uttar Pradesh, the coverage of livestock needs to be substantially expanded.

Animal husbandry provides supplementary income to small and marginal farmers and it employs women in large numbers. Providing insurance coverage can protect them from losses in calamities. State governments and insurance companies need to do much more to popularise animal insurance products. If the flood-hit farmers of Kerala had taken animal insurance, they would have been able to minimise their losses.

While livestock insurance stagnates, it is possible that as a farmer-friendly measure in the run-up to parliament election, the government may ask farmers just to pay a token amount of Rs 1 per acre for crop insurance. A similar push for livestock insurance may also be in order.