In the absence of such an authority, we will continue to put blame on drivers without addressing the legitimate cause of accidents. 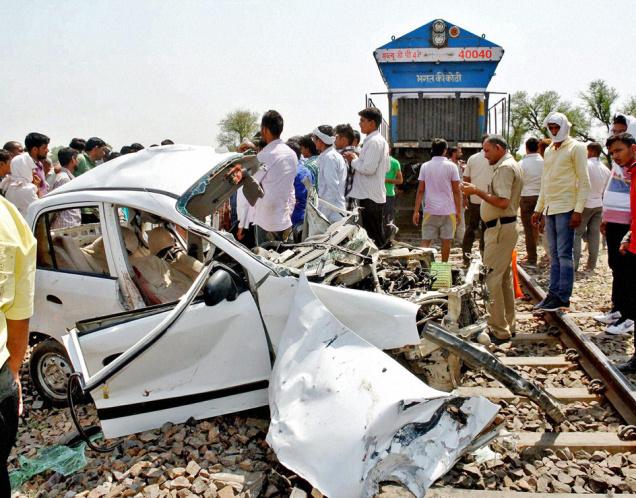 The Motor Vehicle Act, 1914, amended twice in 1939 and 1984, is set to witness major changes after the government approved changes last week.  The amendments seek to streamline vehicle registration process, strengthen pollution control provisions and protect good Samaritans, often the first responders in times of an accident, from harassment.

However, the bill fails to address the problem of deaths caused due to accidents in its entirety by being silent on road crash investigation. According to official data, a staggering 1,46,133 people were killed in 2015, while majority of road accidents (more than 75%) were due to “driver’s fault”. This casts aspersions on the manner in which data is collected.

As a signatory to the Brasilia declaration, the government is obliged to reduce the number of road accidents and fatalities by 50 per cent by 2020. However, legislative steps taken in this direction rest heavily upon the  data provided by police, who due to lack of proper training, as pointed out by Saji Cherian of Save Life Foundation, “are unable to capture the various human, infrastructural, and vehicular factors that play a vital role in each accident.”

A similar point was raised in a report issued by TRIPP- IIT Delhi. The authors objurgated the provisions of Indian Penal Code (IPC) and Motor Vehicles Act which facilitates the police to assign blame to one of the participants in a crash. In most cases this blame falls on the driver. “This procedure (categorisation of data based on legislative provision) ensures that 80% or more of the cases get attributed to ‘human error’ and there is no place for understanding crashes as a result of a host of factors including vehicle, road and infrastructure design”, states the report.

‘Driver’s fault’ is an erroneous term which needs further categorisation such as impaired driving, fatigue, intoxication, visual distraction etc. Decisive action can’t be taken without identifying the root cause of “drivers fault”.

Similarly, in the UK and Finland,a multi-layered investigation approach is followed. Each level of investigation is funded and conducted by a different stakeholder, which avoids disproportionate influence by any of them. The Dutch Safety Board, an autonomous agency, is permitted by law to shield information from legal and administrative investigations so as to better focus on prevention of future accidents.

In India, few private scientific organizations such as JP research, India, follow similar practices but their operations are much localized. Such organizations are needed at central level to encourage evidence based approach.

Other than conducting crash investigation and identifying causes, such agencies can also highlight safety flaws in the vehicle manufacturer’s design. Consider the case of Takata (a global airbag manufacturer and supplier). After the initial reports of faulty airbag inflators, National Highway Traffic Safety Administration (NHTSA), responsible for framing and enforcing safety in the US, investigated the case and determined the root cause of the problem which eventually led to the massive recall of the vehicles fitted with Takata airbags.  Whereas in India, due to lack of such an authority and loopholes in motor legislation, vehicle manufacturers can easily evade fatal engineering flaws.

In the US, Special Crash Investigation (SCI) program provided the NHTSA with in-depth and a detailed level of crash investigation data. This led to the formation of the New Car Assessment Program (NCAP), a government car safety program; now followed globally.

Meanwhile, Indian automotive safety standards which are adapted from United Nations Economic Commission for Europe (UNECE), have been criticised many times for being insufficient and ineffective. Therefore, inputs from an indigenous crash agency becomes imperative in framing effective upcoming norms such as Bharat NCAP.

Inter-ministerial coordination further complicates the process. For instance, motor vehicle rules are framed by Ministry of Road Transports and Highways (MoRTH) whereas vehicle testing, as per those norms, is done by agencies like ARAI which is with Ministry of Heavy Industries; meanwhile the information regarding injuries and trauma is with Ministry of Health. Therefore, along with an investigative agency, a nodal framework for coordination is vital.

In order to get the clear picture of what’s happening on Indian roads we must establish a Central Vehicle Crash Investigation Agency (CVCIA), as well as simplify the architecture of inter-ministerial communication and sharing of data. In the absence of such an authority we will continue to put blame on drivers without addressing the legitimate cause of accidents.