A more proportional system would give regional parties and independent candidates a better chance of getting into parliament and introduce different voices to nation-building. 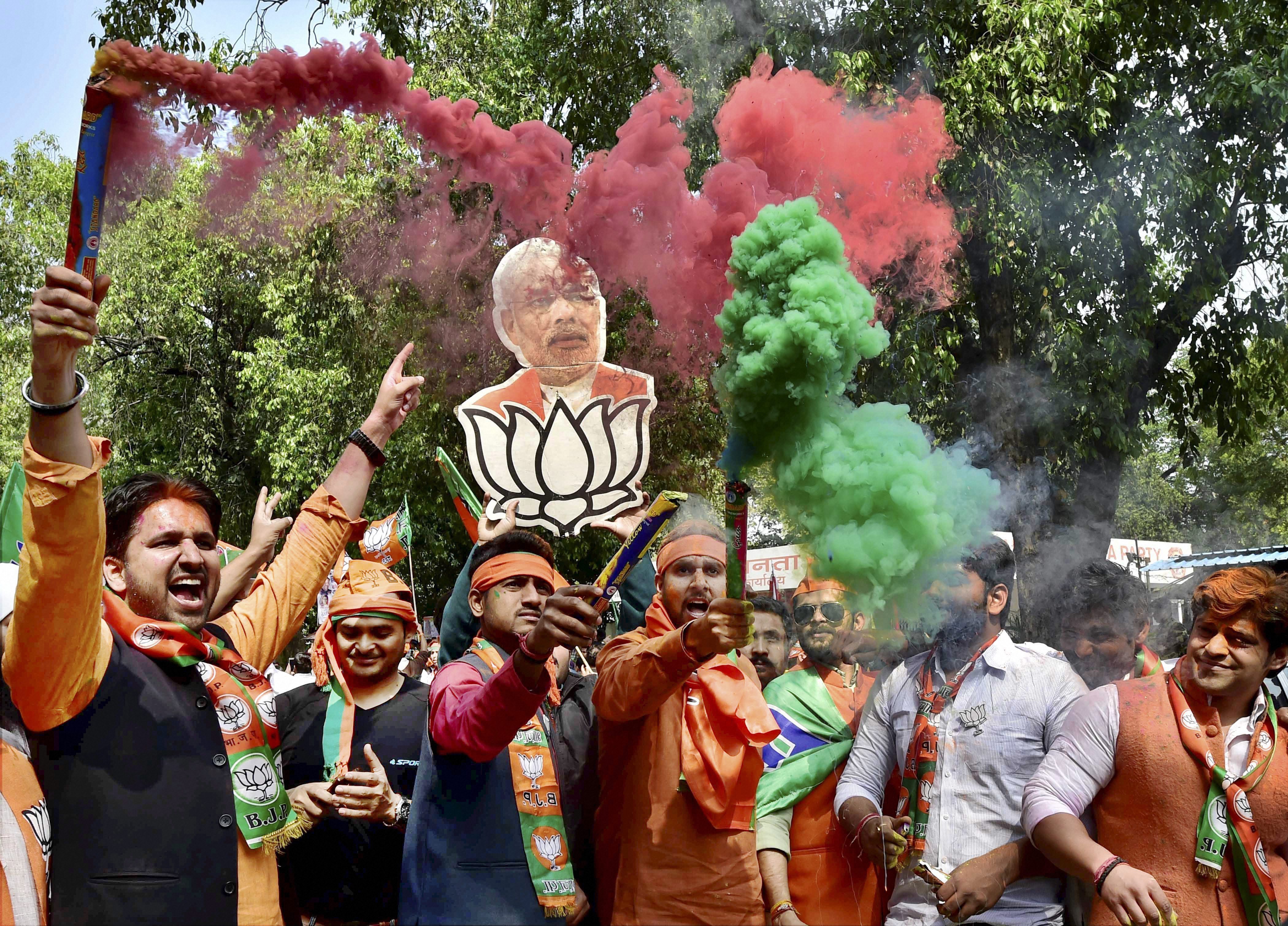 In Uttar Pradesh, the Bahujan Samaj Party managed 20% of the votes but failed to win a single seat. Credit: PTI/Kamal Kishore 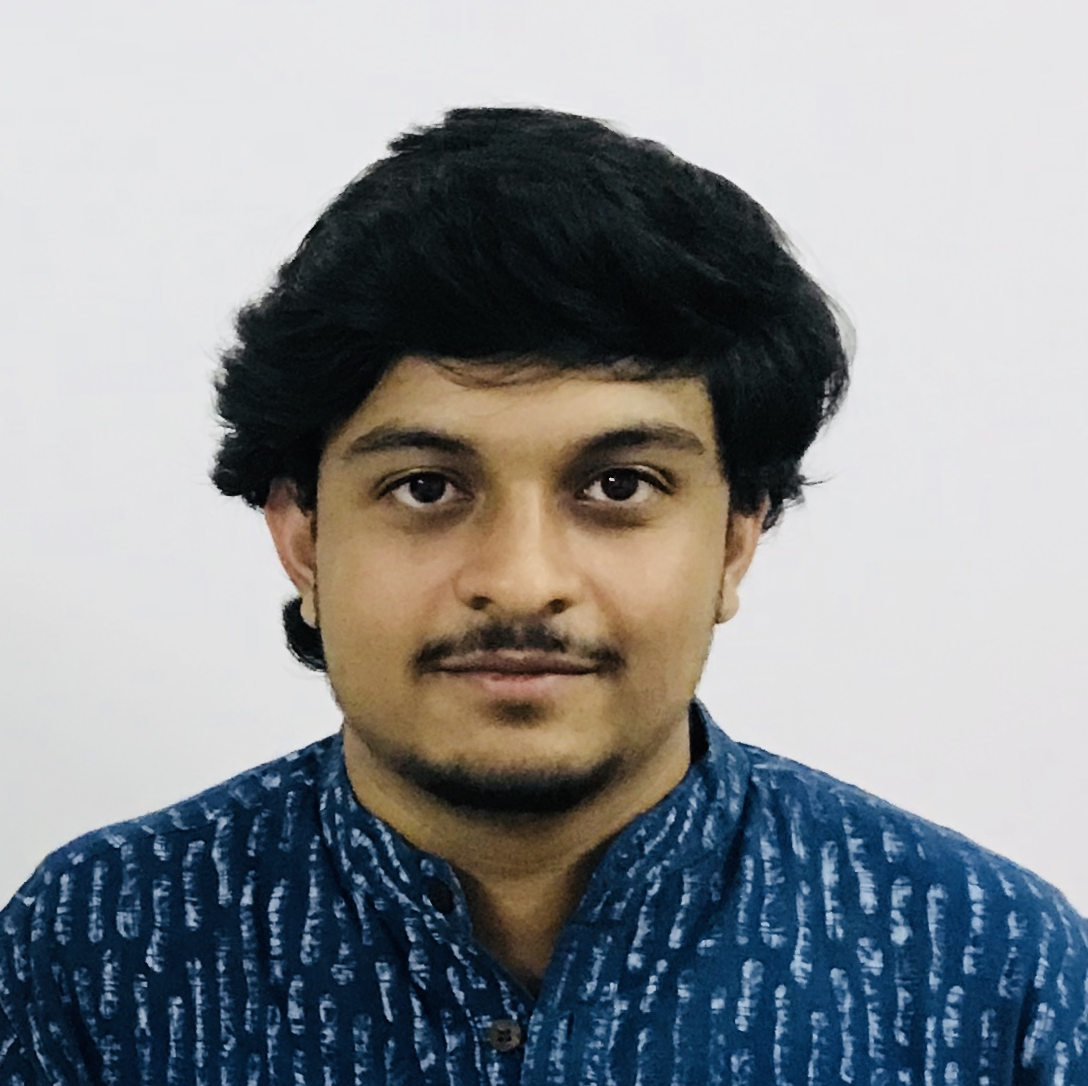 The last Lok Sabha elections, and the successive assembly elections, apart from spelling out a majority for the Bharatiya Janata Party, have thrown up many interesting but important reflections about our electoral system. Since independence, we have been following an electoral system called ‘first past the post’, in which the candidate with the most votes in each constituency wins. All other votes in that constituency are hence disregarded.

Is this electoral system fair? In the 2014 general elections, 31% votes were cast in the favour of the BJP, which is 20% of the eligible voters and only 14% of India’s population. That means, potentially, 86% of India or 80% of eligible voters and 69% of the votes cast were not in favour of the BJP. This means only 16.5 crore Indians had voted for the BJP, out of the 54.1 crore people who bothered to go to the polling booths. Still, the fact is that the BJP won an absolute majority on its own and formed a government. In a nutshell, 31% of votes seem to command more value than the rest 69%.

In India, no political party has ever before crossed the halfway mark with a vote share of only 31% – the previous lowest vote share for a single party majority part was in 1967 when the Congress won 283 out of 520 seats with 40.8% of the aggregate votes polled. The situation was the same in various states in the general elections. In Uttar Pradesh, where the Bahujan Samaj Party is strong, the party managed 20% of the votes but failed to win a single seat. In Tamil Nadu, the Dravida Munnetra Kazhagam and its allies got 27% votes and yet won no seats. In Odisha, the Congress got 26% votes but no seat, while the BJP got 22% votes and one seat. In West Bengal, the Left Front got nearly 30% votes but managed to secure only two seats. This, in any rational analysis, should imply that there is something imperfect in the Indian electoral system.

Taking the West Bengal assembly elections into consideration, the Trinamool Congress polled a massive 44.9% votes, while the Left-Congress alliance came a distant second with 38.66% votes. The Trinamool bagged 211 seats while Left-Congress alliance managed just 72 seats.  In Uttarakhand, the vote share of BJP and Congress was 46.5% and 33.5%, respectively,  with the BJP winning 57 seats while the Congress was reduced to only 11. In Rajasthan, the BJP bagged 163 seats with 45.17% votes while the Congress made it to just 21 seats with 33.07% votes.

Under the current ‘first past the post’ system, power tends to end up with one party, no matter how small its majority. MPs have been elected despite 75% of their constituency voting against them. Another consequence of the winner-takes-all nature of the FPTP system is that it rewards parties who target and treat preferentially specific segments of the electorate or “vote banks”, rather than the majority of electors. For example, some parties field candidates of a particular caste in specific constituencies to attract voters. Furthermore, people are sometimes compelled to cast votes out of fear in favour of criminals. The system thus rewards divisive electoral strategies and encourages parties to field tainted candidates.

The only democratic solution to address this issue is an electoral reform. We need to switch to a new electoral system known as ‘proportional representation’, wherein elections are held in a manner that ensures that the number of seats won by a party or group of candidates is proportionate to the number of votes received. This ensures wider representation of diverse opinions in an elected assembly, reflecting a true democracy.

The proportional representation system was turned down initially because it demanded literacy on a large scale, which was non-existent during that period, and many were apprehensive of achieving it in the immediate future. But now the literacy levels have considerably improved. A more proportional system would give regional parties and independent candidates a better chance of getting into parliament and introduce different voices to nation-building, say proponents of proportional representation.

The proportional representation system rarely results in one party holding an absolute majority. It requires political parties to compromise and build consensus. In a country like India, this alternative reduces the importance of smaller regional parties some of which often hold the government to ransom and cause political instability to achieve their narrow goals. One recent example is of the Telugu Desam Party exiting the National Democratic Alliance due to the government’s failure to grant special status to Andhra Pradesh. 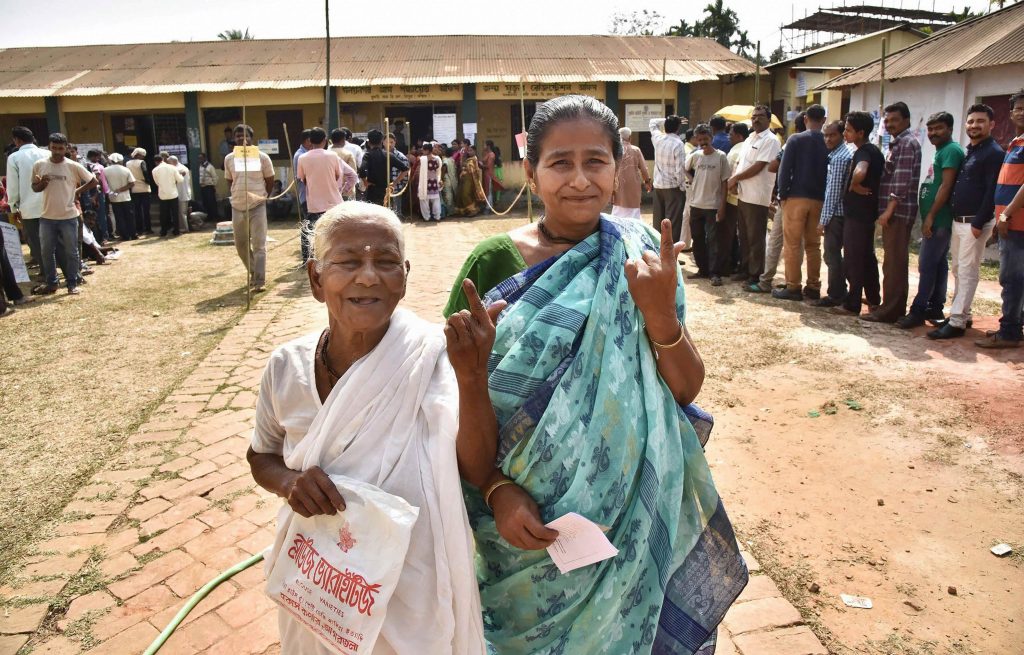 In the recent elections in Tripura, the BJP garnered 36 seats with 43% votes whereas the CPI(M) got just 16 seats with 42.7% votes. Credit: PTI/PIB

In the proportional representation system, political parties with nationwide presence would get more seats because of the percentage of votes polled in their favour, which will ensure stability. As of now, a huge chunk of money is used for vote-buying and involves law-breaking and black money. Muscle power and criminal nexus, too, are often a prerequisite for electoral success. The major political parties have also used corporate backing to launch an advertisement blitzkrieg. Also, now the government has exempted scrutiny of foreign funding of political parties. If implemented, the system would help contain the influence of money in elections to a large extent. It would also bring the nation closer and might put an end to extreme regionalism and divisive politics. Moreover, as the contest will be directly between parties and not candidates, the influence of caste, religion, region and other parochial considerations can be curtailed. In the recent elections in Tripura, the BJP garnered 36 seats with 43% votes whereas the CPI(M) got just 16 seats with 42.7% votes. The proportional representation system would increase the influence of thousands of those who would have no voice in the government and will ensure that no vote is wasted and every voter contributes to bringing into parliament a member of his/her own choice and opinion.

The proportional representation system is not alien to Indian democracy. Our Upper House election (Rajya Sabha) is actually based on proportional representation. Based on their strength in the state assemblies, political parties can nominate their members to the Upper House. The same system is being followed while electing members of the legislative council from the state assemblies. True democracy should also respect the voices and concerns of the minorities (religious as well as political) which would ensure greater reflection of popular will.

Former chief election commissioner T.S. Krishnamurthy, favouring proportional representation, said “the existing first-past-the-post electoral system in India has outlived its utility”. The proportional representation system will make the largest democracy of the world also one of the greatest. Of the various existing systems, this system seems to offer the best possibilities which is why it is the most popular system in the world. It has been used for over a century by most stable democracies including Austria, Belgium, Brazil, Denmark, Finland, Germany, Greece, Holland, Hungary, Iceland, Ireland, Israel, Italy, Japan, Nicaragua, Norway, Poland, Portugal, Russia, Spain, South Africa and Sweden. Italy is also switching to this system in the upcoming 2018 elections.

The tall claims of the Election Commission, of conducting ‘free and fair’ elections, ring hollow following the experiences in the recent times. A party on the backfoot has ended up forming governments in Manipur, Meghalaya, Tripura and Goa, and this might continue to be a feature of Indian democracy.

Ultimately, India will have to first determine what it wants out of its elections and then choose the electoral system that works for those goals. Adolf Hitler became the chancellor of Germany in 1932 with a mandate of 33.1% from the German electorate. But 66.9% Germans did not vote for him, just as 69% Indians did not vote for Narendra Modi in 2014.