Photo Essay: Where There Are No Sewers – The Toilet Cleaners of Lucknow

On this World Toilet Day, let's turn the spotlight behind the scenes of the sanitation chain, on those who clean out latrines where there are no sewers to carry away the waste. 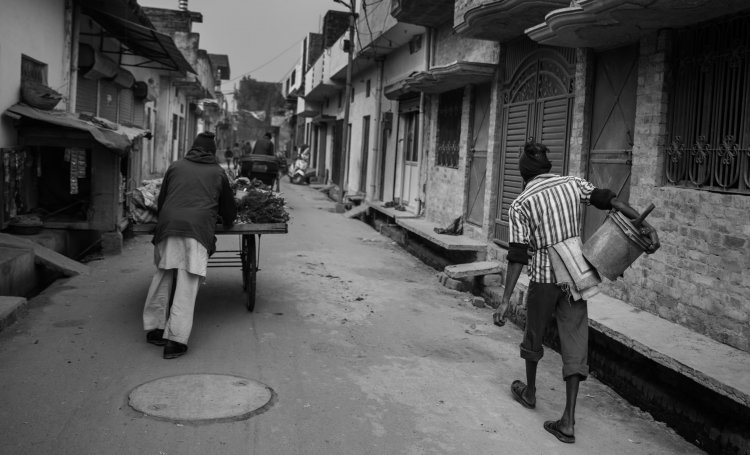 November 19 is World Toilet Day. Enormous progress has been made in the global effort to provide safe and affordable toilets for the world’s poorest citizens since World Toilet Day was first declared in 2001. Significant strides have been made in “reinventing” toilet designs for low-income, water-short, unsewered urban zones; celebrities like Bill Gates and Matt Damon have brought this once-taboo topic into the open; and the prime minister of India – the country with the highest number of people still practising open defecation – has publicly declared that his country needs toilets over temples.

Well over two billion people today lack access to basic sanitation facilities, according to the World Health Organization; about 760 million of them live in India. The goal of this day is to make the global community aware of their right to safe and dignified sanitation and to support public action and public policy to bring this right closer to those who do not enjoy it today. On this World Toilet Day, we focus on the back-end of the sanitation chain, on those who clean out latrines where there is no flush or sewer to carry away the waste. When this work is done without mechanical equipment and without protective clothing, scooping out faeces from ‘dry’ latrines and overflowing pits, it is called “manual scavenging”.

It’s an ancient profession and India, which made the practice illegal in 1993, still has over one million such cleaners (the exact number is unknown, and declining). They service low-income urban households and railway tracks and army barracks; they come from the lowest strata of the Hindu caste system, and about 90% of them are women. Despite valiant civil society (and several governments) efforts to train them for other professions, breaking out of this denigrated caste-based profession remains very difficult. Many mehters live in the shadows of society, invisible yet reviled, taunted yet essential, trapped in an unconstitutional practice without viable alternatives.

In a real sense, 70 years after Indian independence, this is a community still waiting for its freedom. In this photo-essay, we explore the daily lives of the toilet-cleaners: their homes, their hopes, their work, and their determination to get their children out of it. If World Toilet Day is about expanding access to clean toilets, it must also be about those who have to clean the toilets.

It’s December and we’re in Lucknow. Old Lucknow is a city of medieval architecture and narrow alleys. The alleys are crowded, with gutters on either side that drain away anything that flows – rainwater, bath water, kitchen waste, human excreta. The streets have no sidewalks. On this cold winter morning, most people are indoors, but those who pass Rajan either don’t see him or they say nothing. He’s cleaning out a household toilet in broad daylight, his socks and flipflops protecting his feet from the cold and the muck. 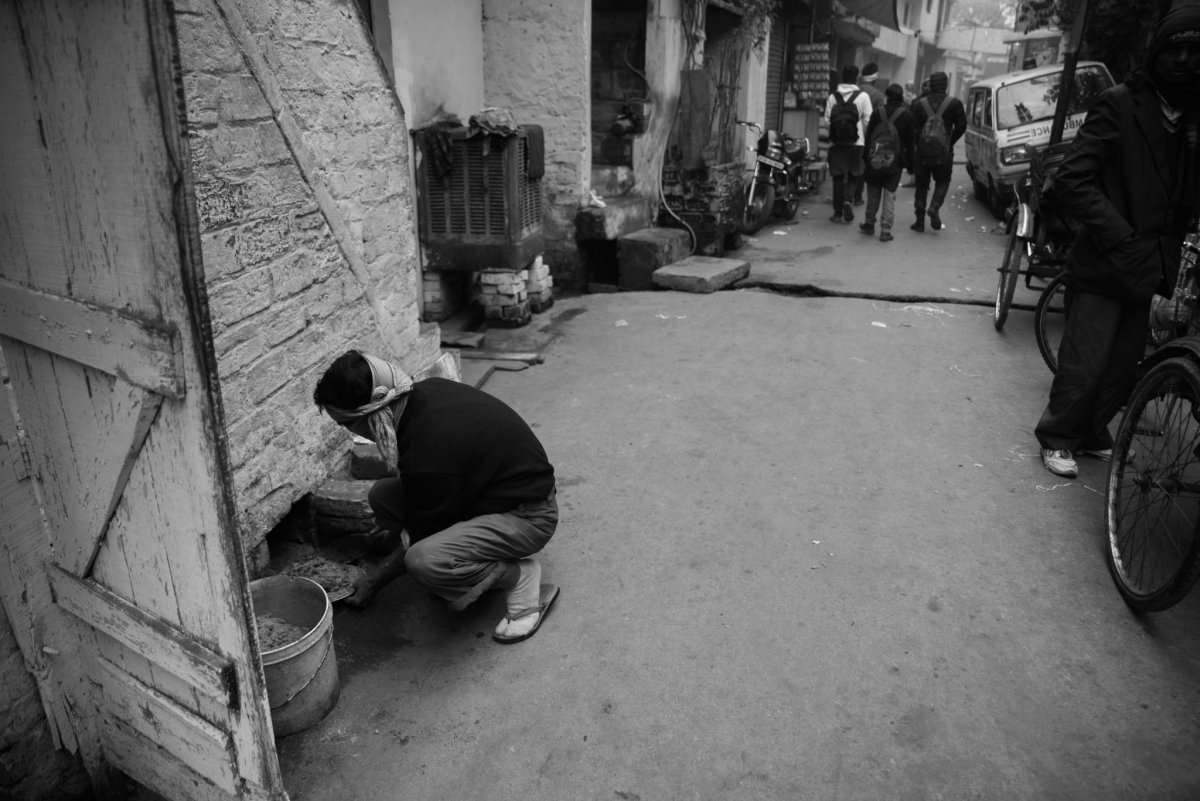 The excreta is loose, so it takes several attempts to clean it all out. When he’s scooped everything into his bucket, he carries it down the alley, and tips the waste into the gutters on the side. The yellowish sludge dissolves into the watery blackness. 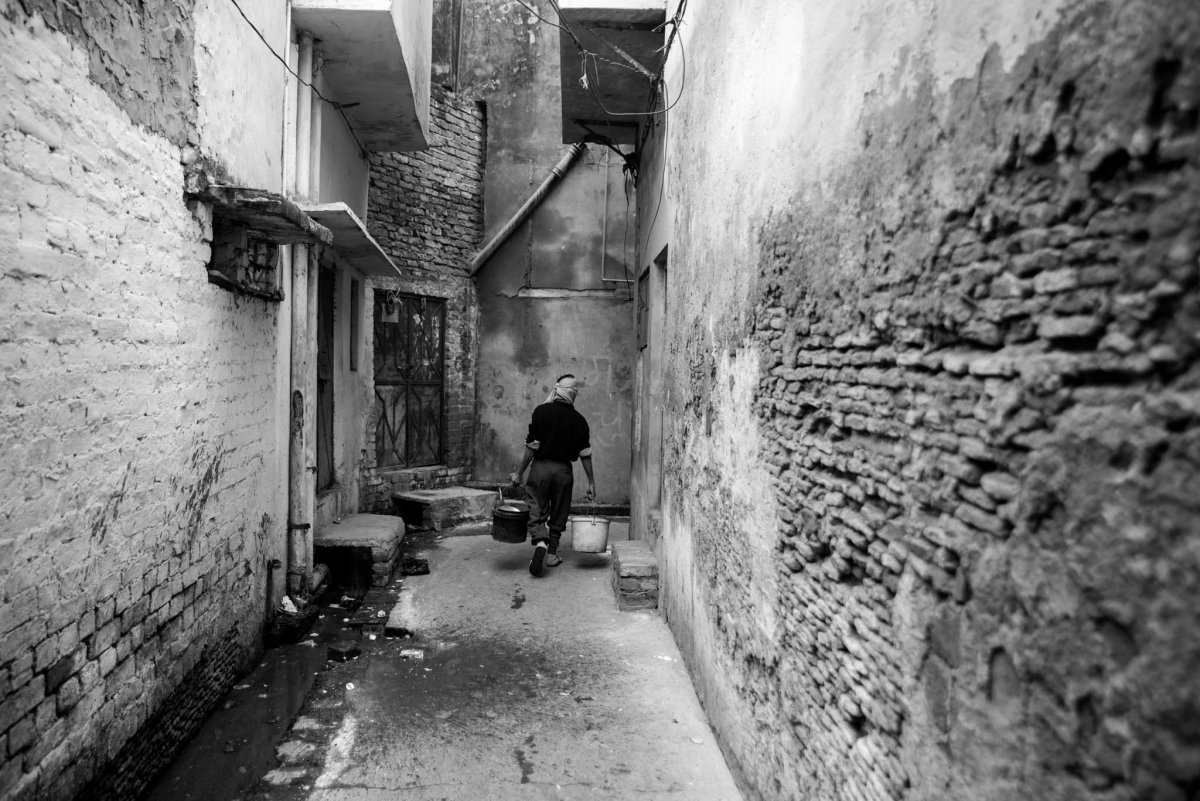 Rajan is from the Valmiki caste; he’s from a family of scavengers and he inherited his job when he was just 14 years old. He lives with his wife and sons in a two-room house, with a small main room leading to an even smaller kitchen. The house is right next to an open drain, but it is spotless inside. 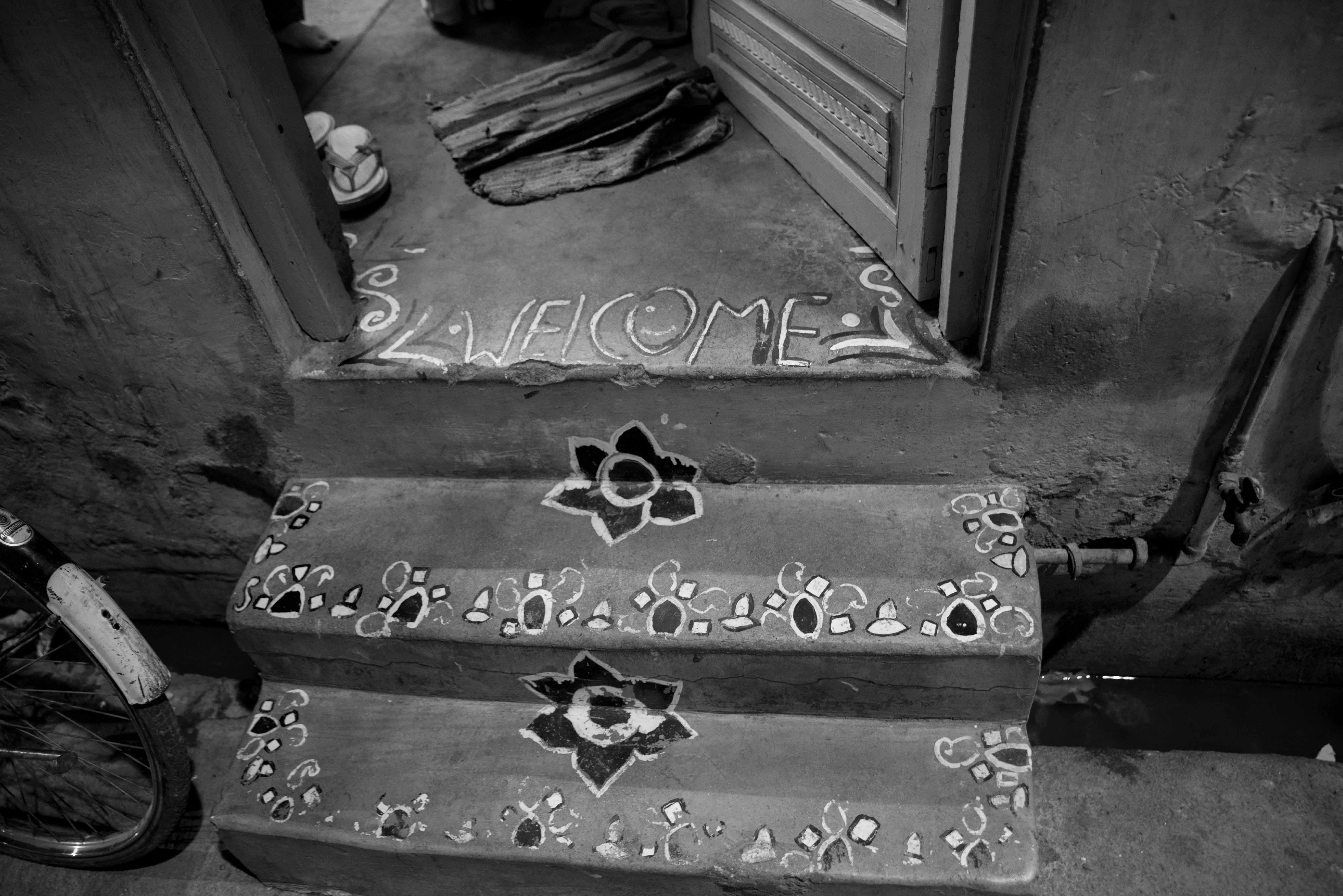 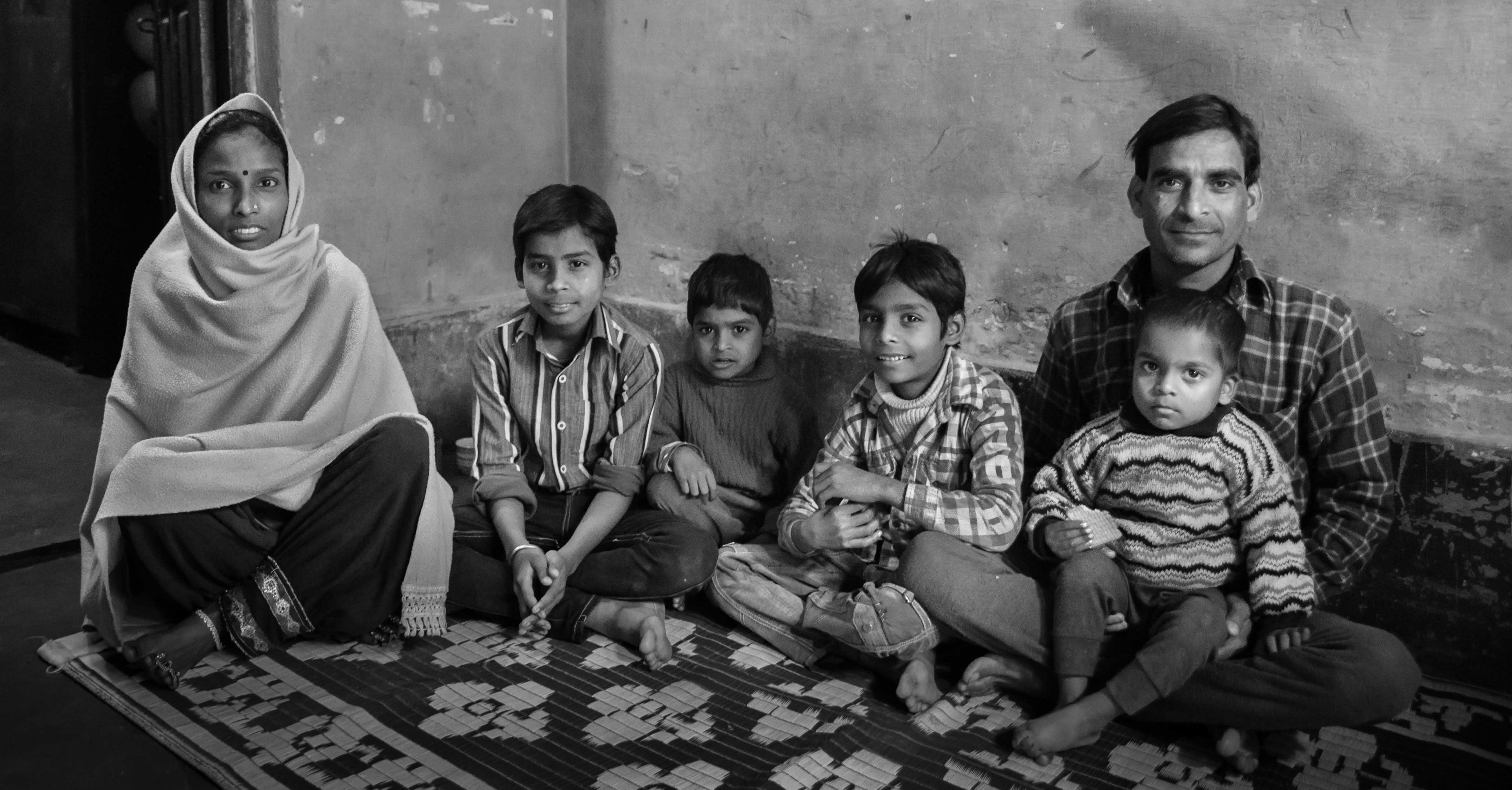 With young children to manage, the mother of the boys works as a part-time domestic help in nearby houses. She goes into her immaculately-maintained kitchen and starts making tea for her guests. She pours the milky tea into three tiny steel glasses; Rajan looks at the number of glasses and says that he doesn’t want any. 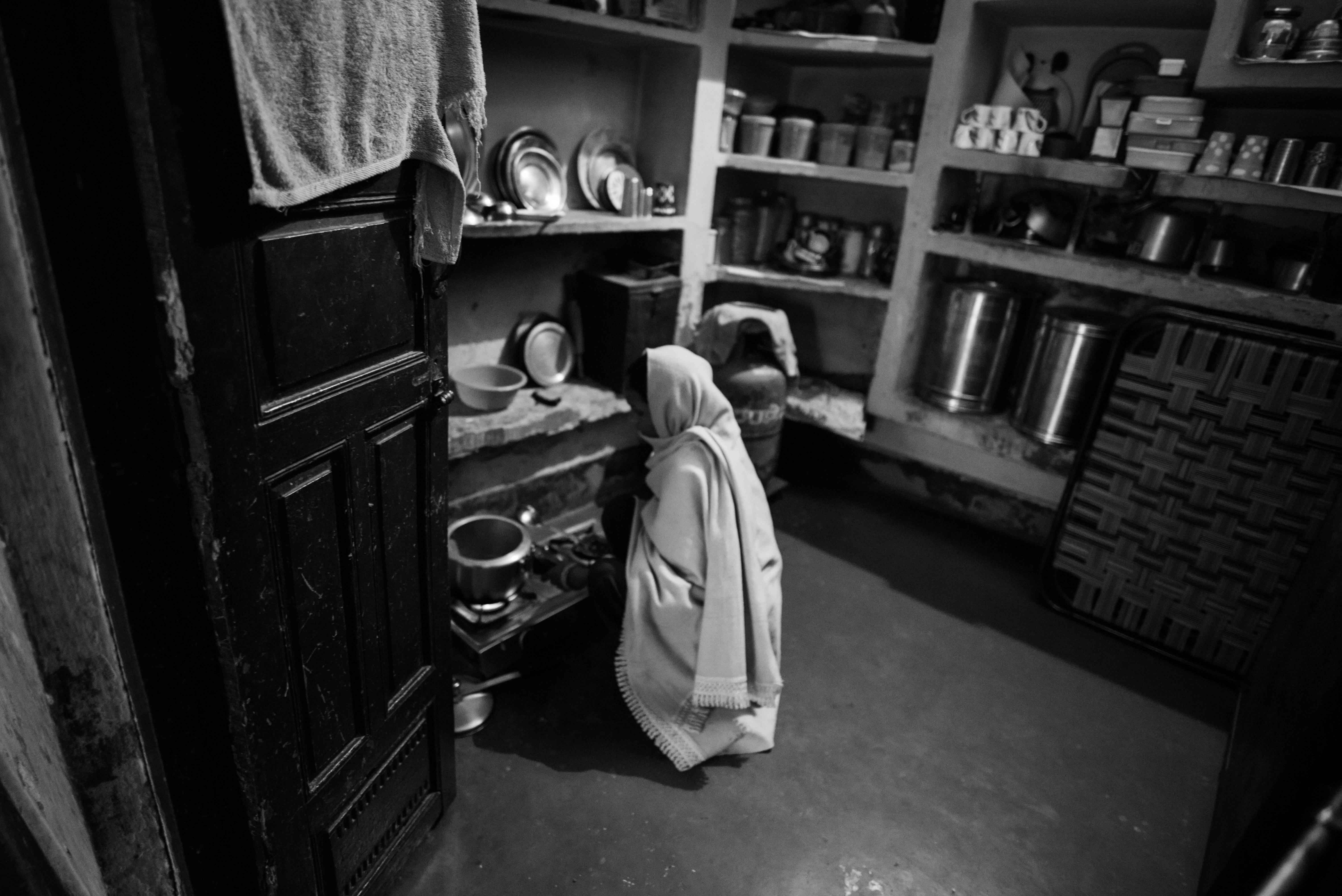 Rajan doesn’t want his boys to inherit the family job. Except for the little one, they all go to school. The second one is especially bright and plans to be a bike mechanic, he says. 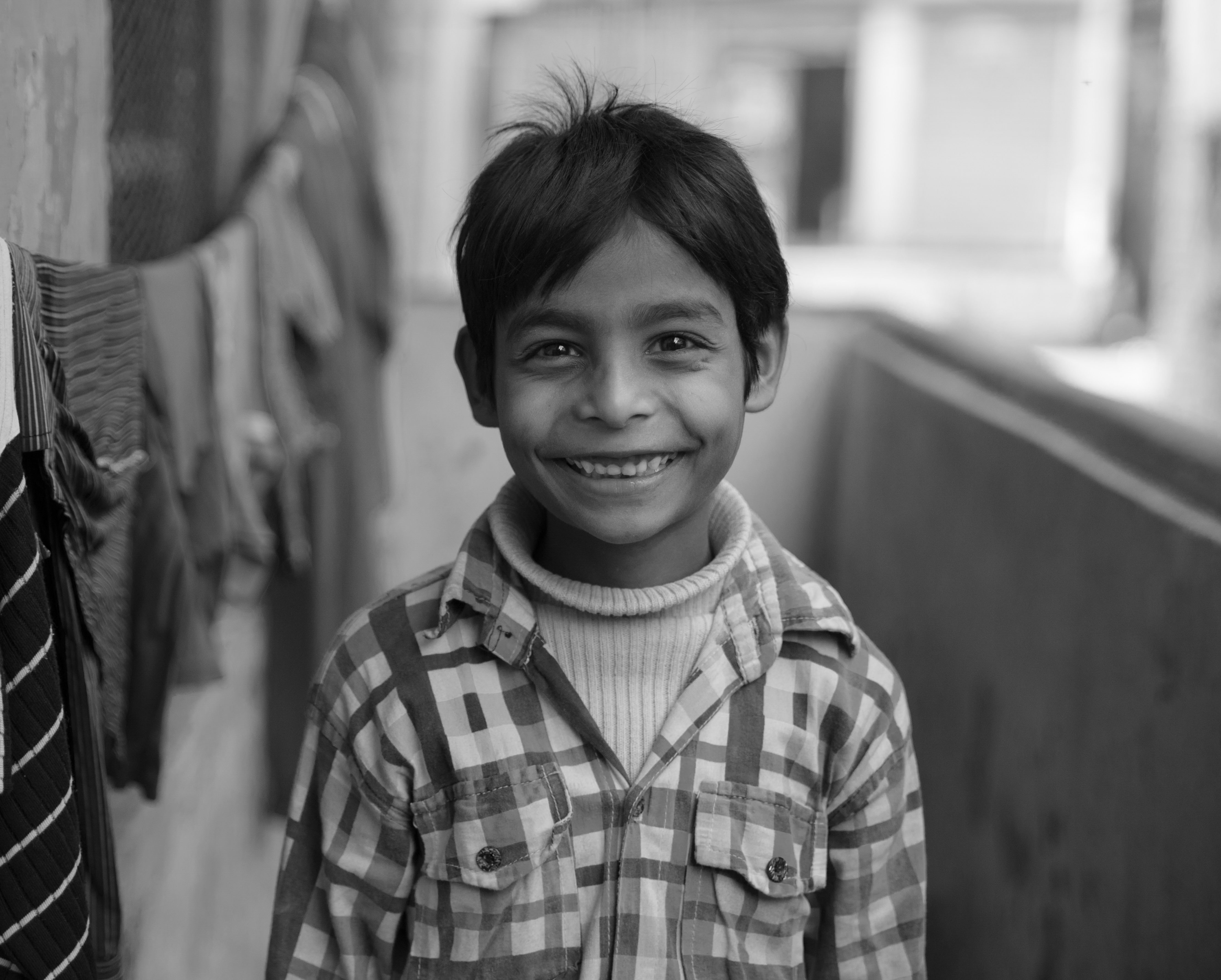 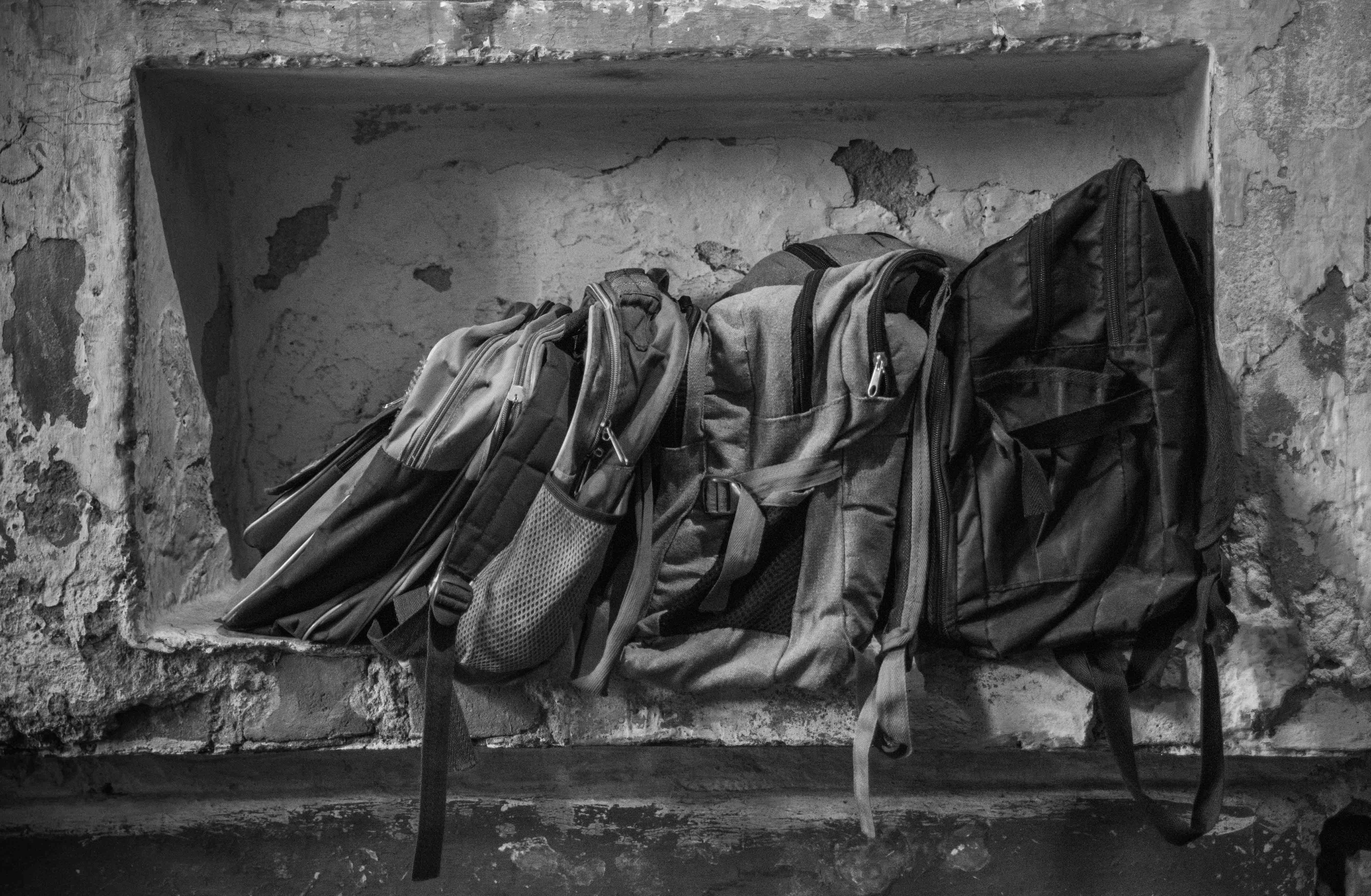 This is a community that will do just about anything to make sure their children get educated. Kishen and Meena, like Rajan, have pinned all their hopes on education for their children. They both clean toilets. Their house is just a room, 15 feet by 10 feet. At one corner, there’s a small kitchen-like setup. The house is lit by a single light bulb, but the toilet is a porcelain pour-flush one, clean and dry. 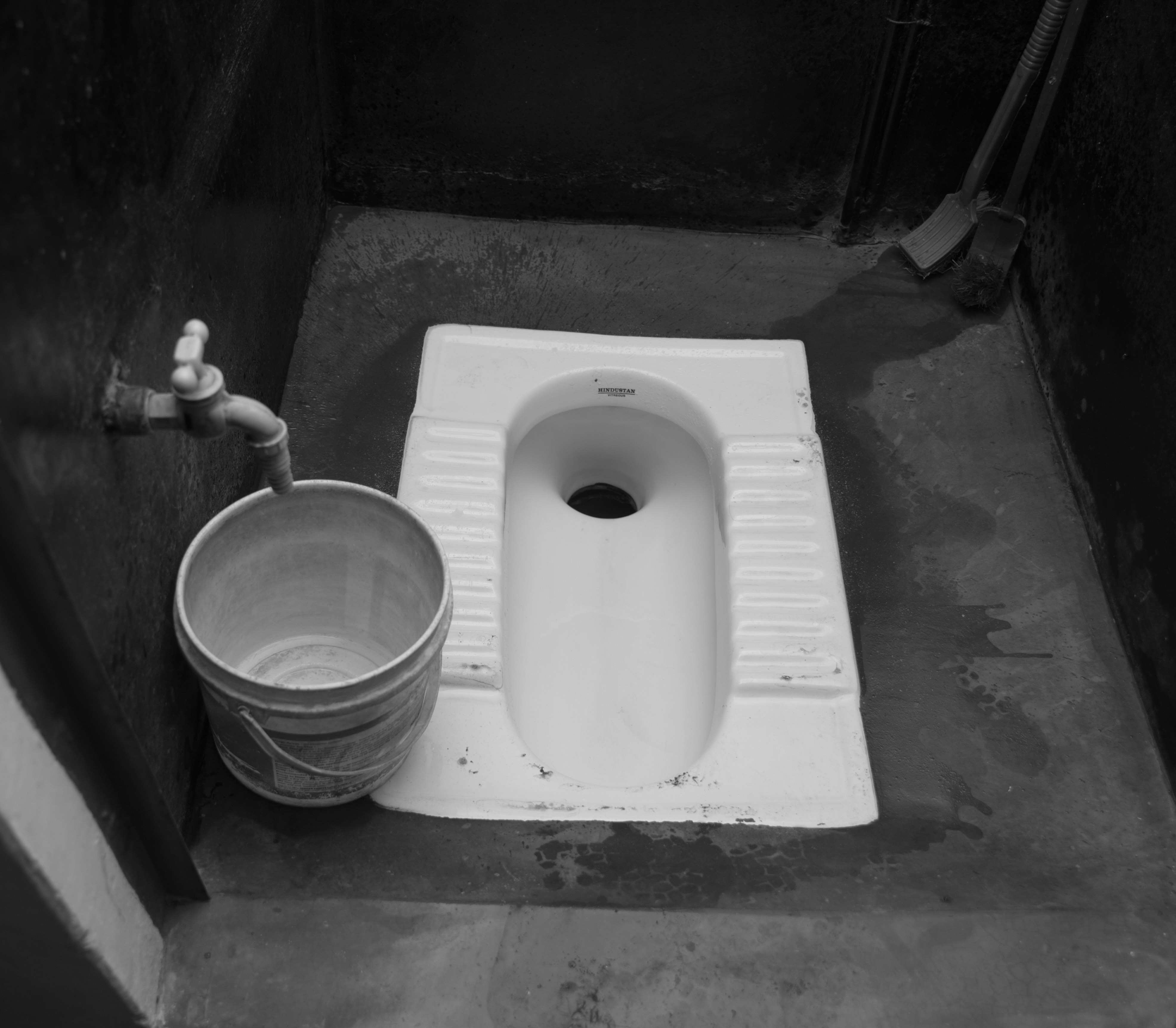 Their problem is TV, they say; no one touches his homework when the Hindi soap operas come on. No one even moves. “These children think that education is free. Education is free only in government schools. But our children: I save up every month to send both my children to private schools.” Meena is proud and worried all at once. The children go to a Christian school, three kilometres away from home. “Better to send the children to a school a bit far away from where we work. If other children get to know the child’s caste or the parents’ occupation, they bully our children.” A rickshaw comes for them, she says, they don’t have to walk. 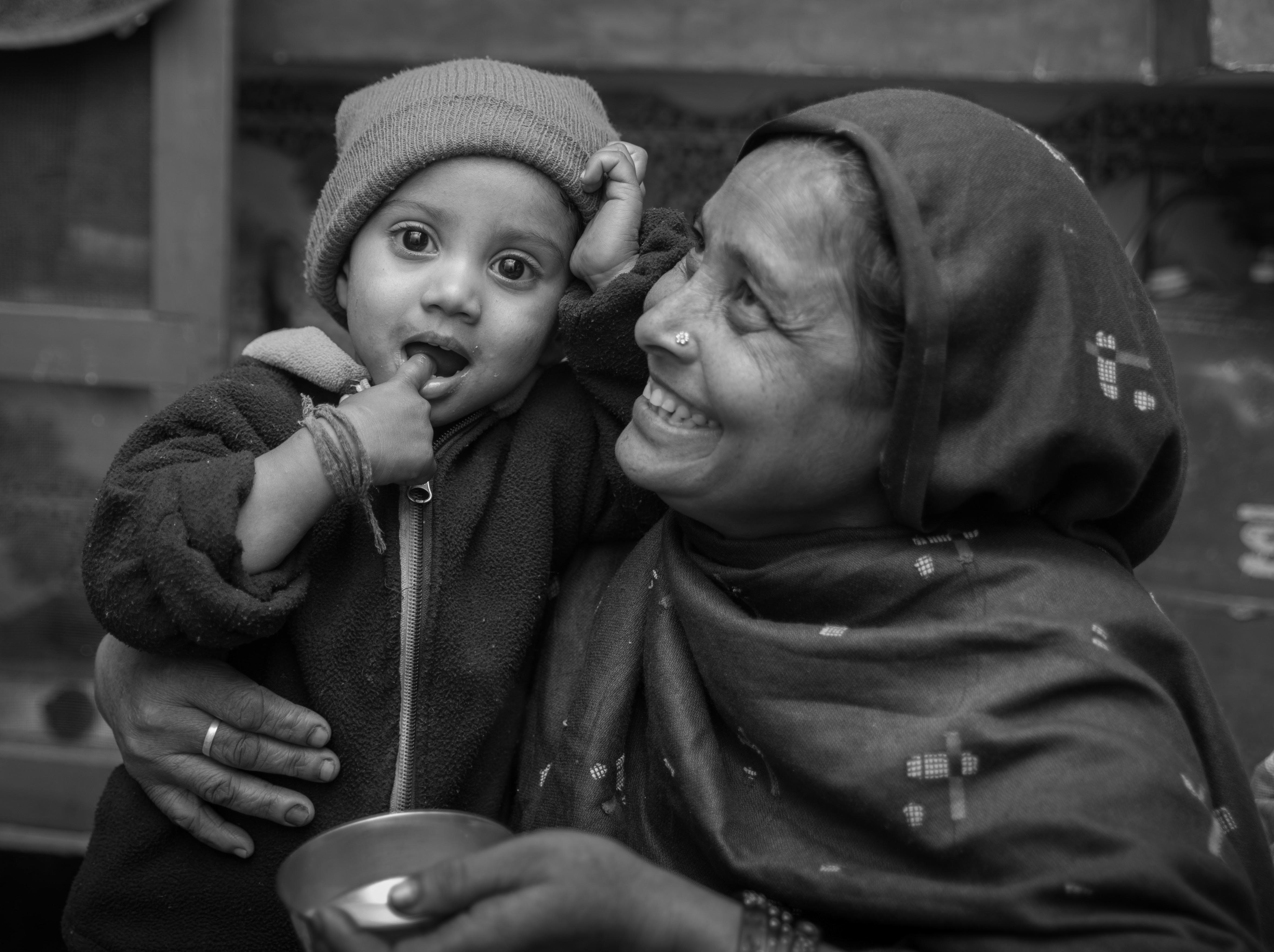 This evening, Kishen and Meena are back from a full day of work. They wash, then settle down to their dinner – roti and dal. “You know, when you start doing this work, it is hard to eat dal for a couple of months,” Kishen says. “Anything yellow makes you sick.” 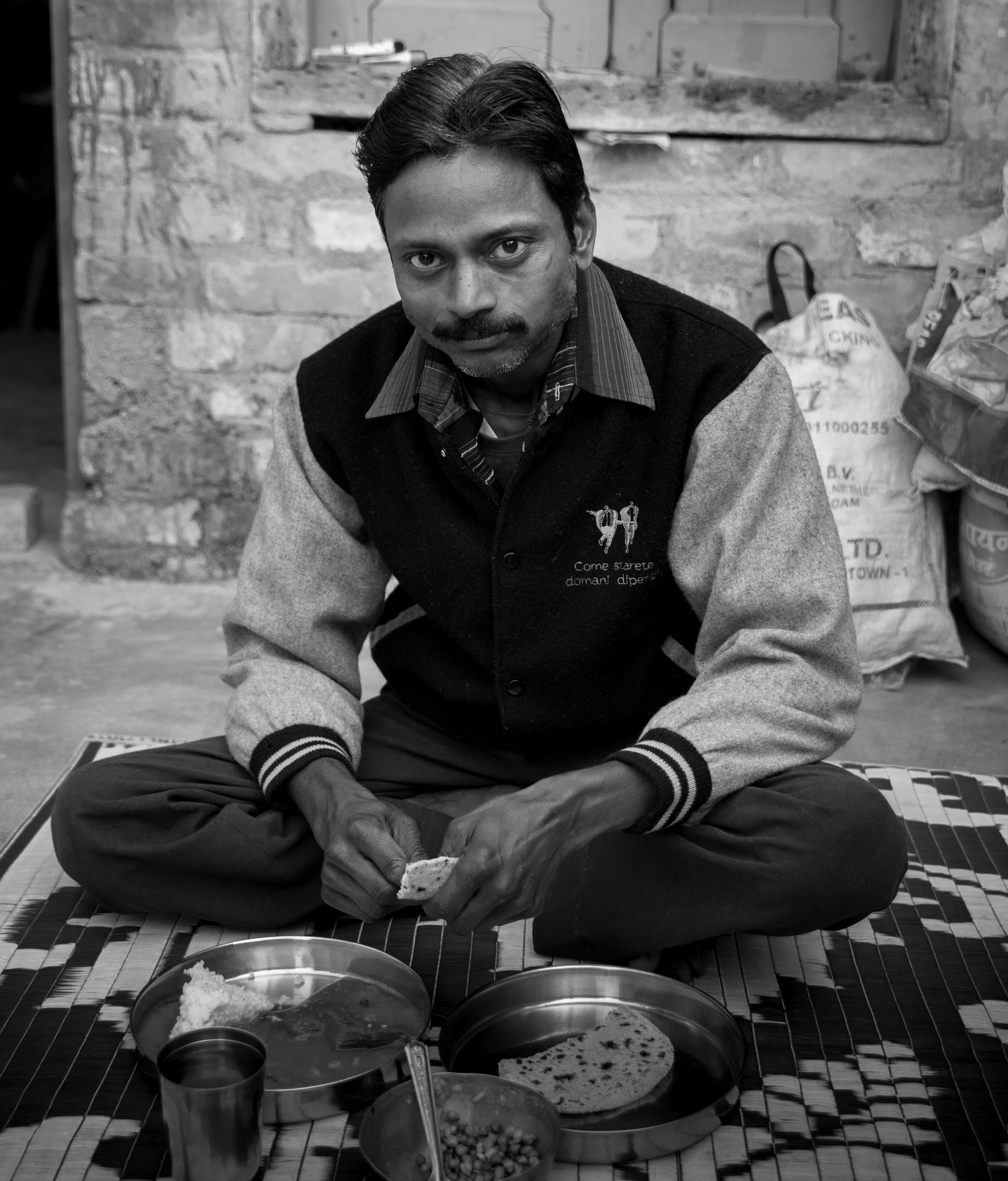 Meena moves closer to the fire and suggests some chai; she hasn’t had any all day. It’s not that there’s no time: But “we don’t eat or drink until we’ve washed ourselves. Cleaning the shit of these people is bad enough. I don’t want to put that in my mouth.” 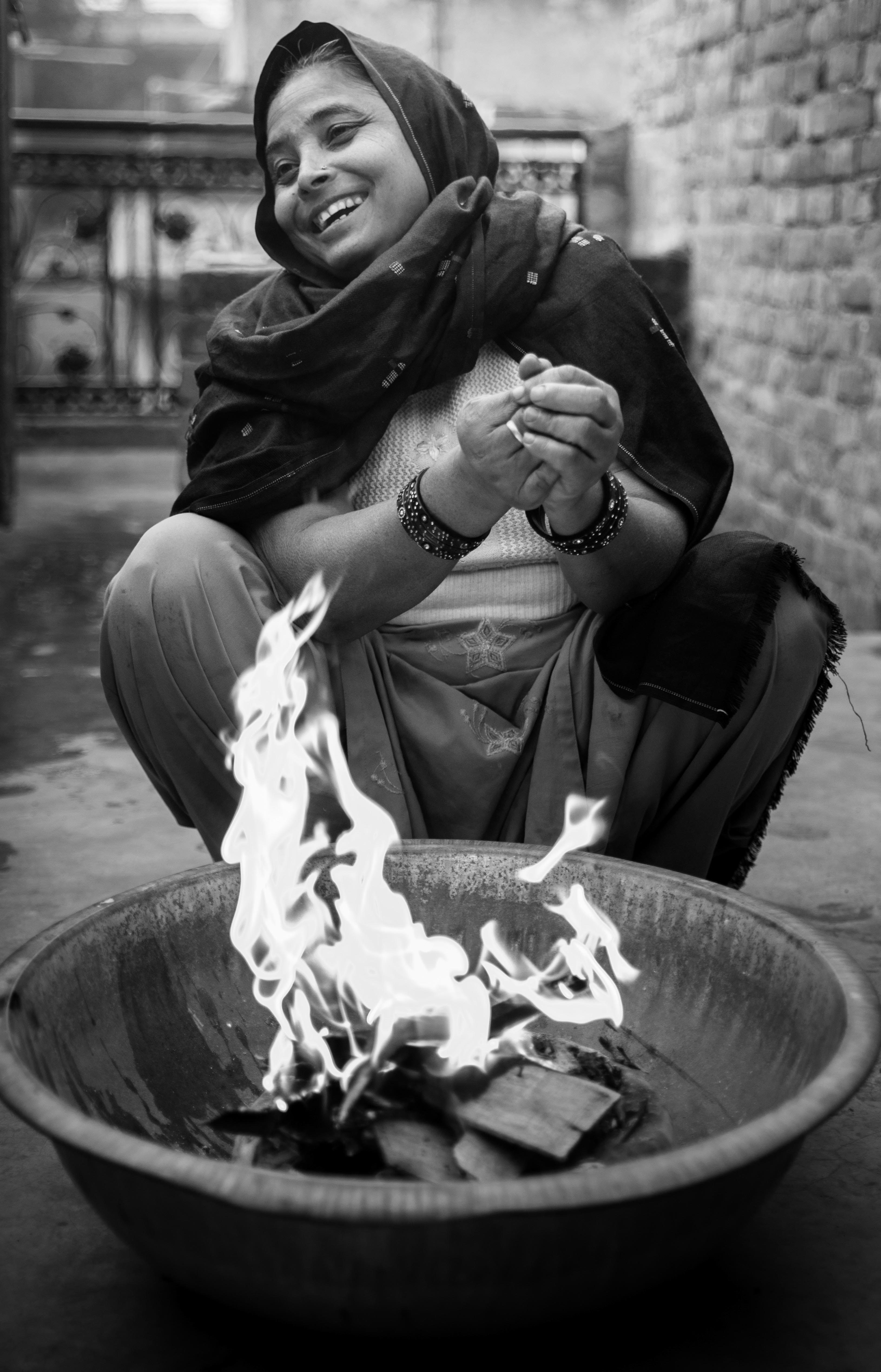 The next morning, just after 7 am, we go out with Vasumati. Her husband doesn’t want her to do this work. “But we have two children and we need money for their school, for their shoes,” he says. “We could start a business with the money the government will lend us. But we don’t really know how to manage a business.” He’s afraid the business will fail and the family will lose their home. How about a small business that does not need a big investment? A corner shop or a tea stall? “A tea stall is a great idea. People drink a lot of tea in Lucknow. But if they get to know our caste, we’ll run into problems.”

There’s no easy escape out of this job, they all know that. 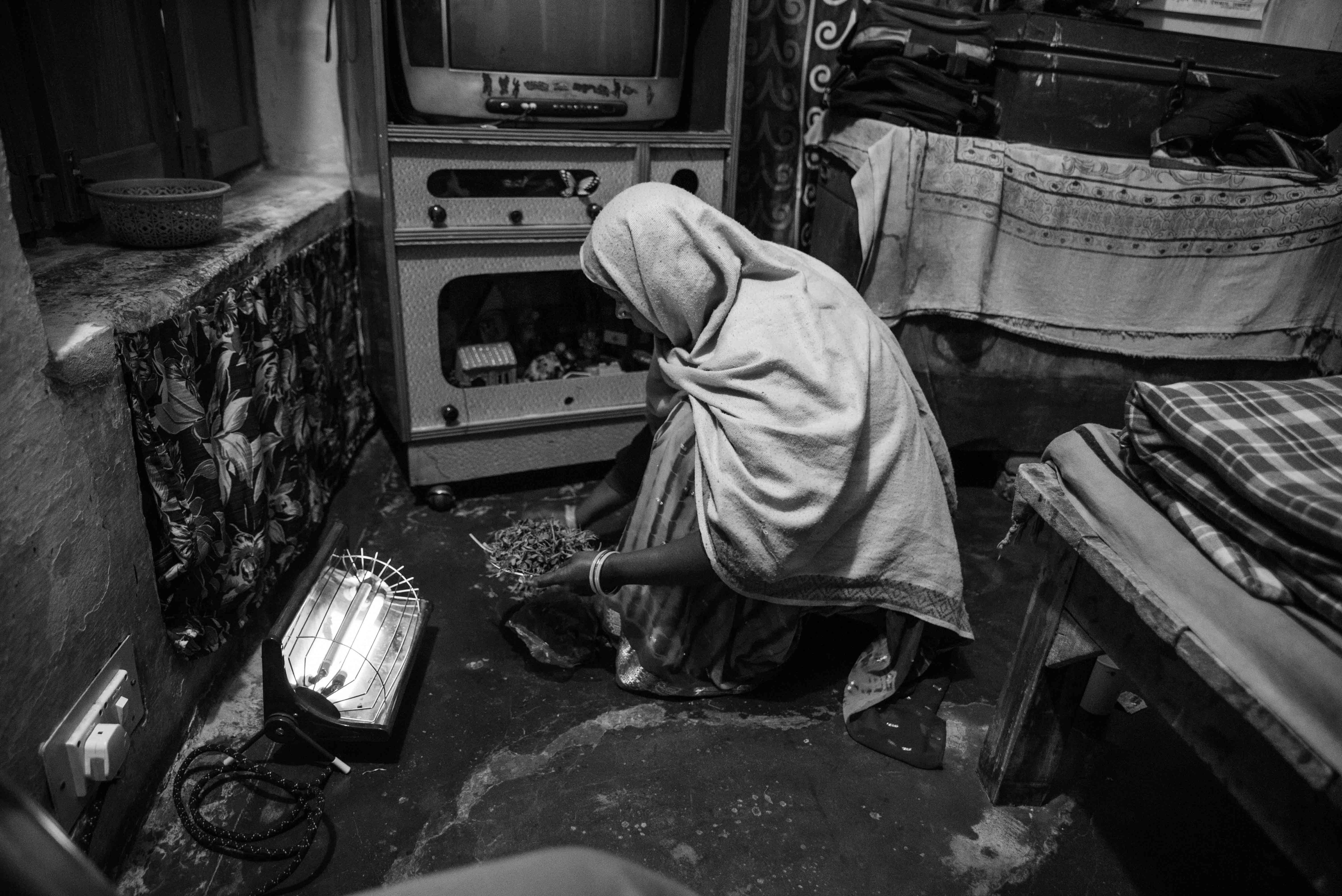 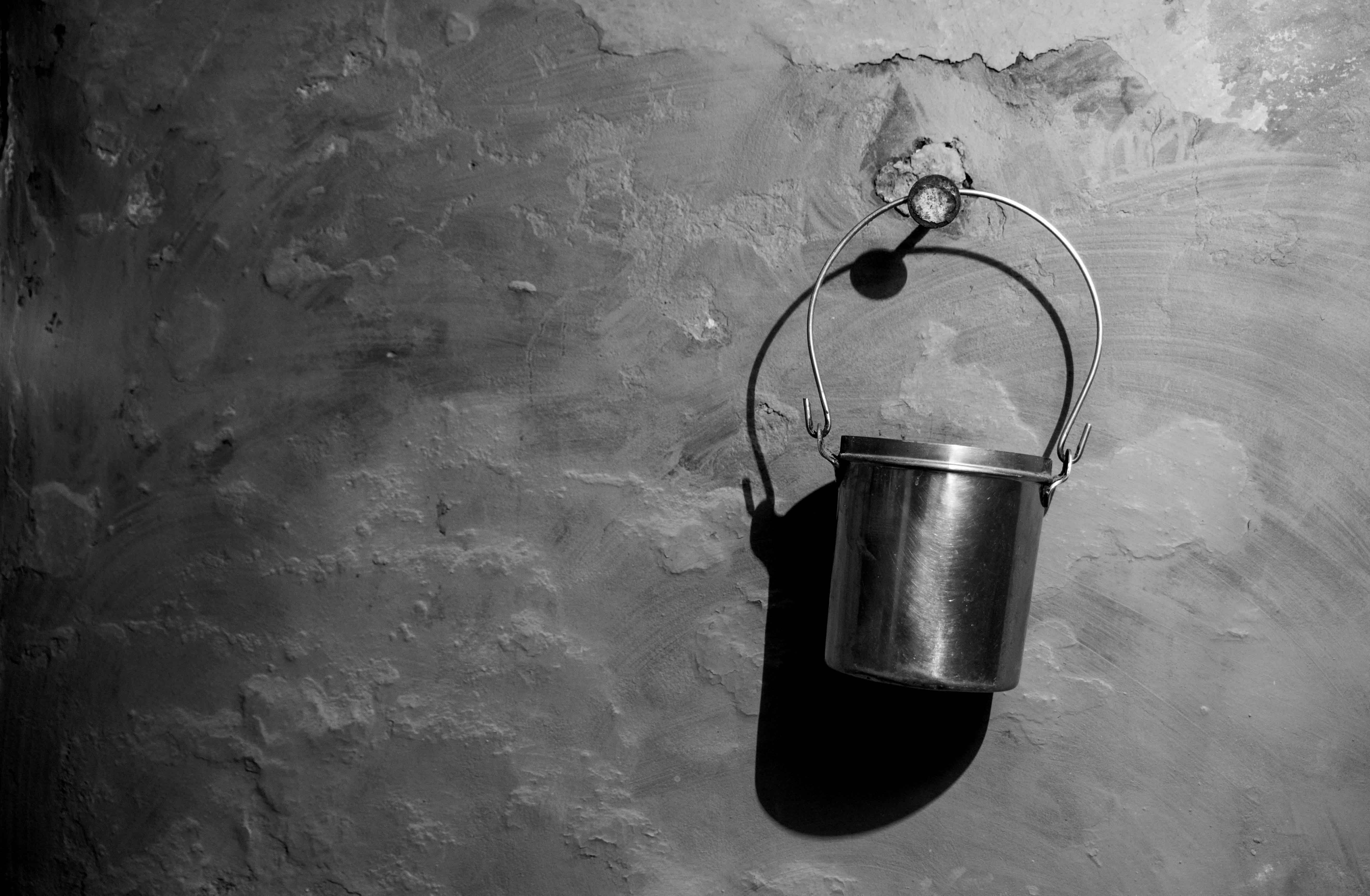 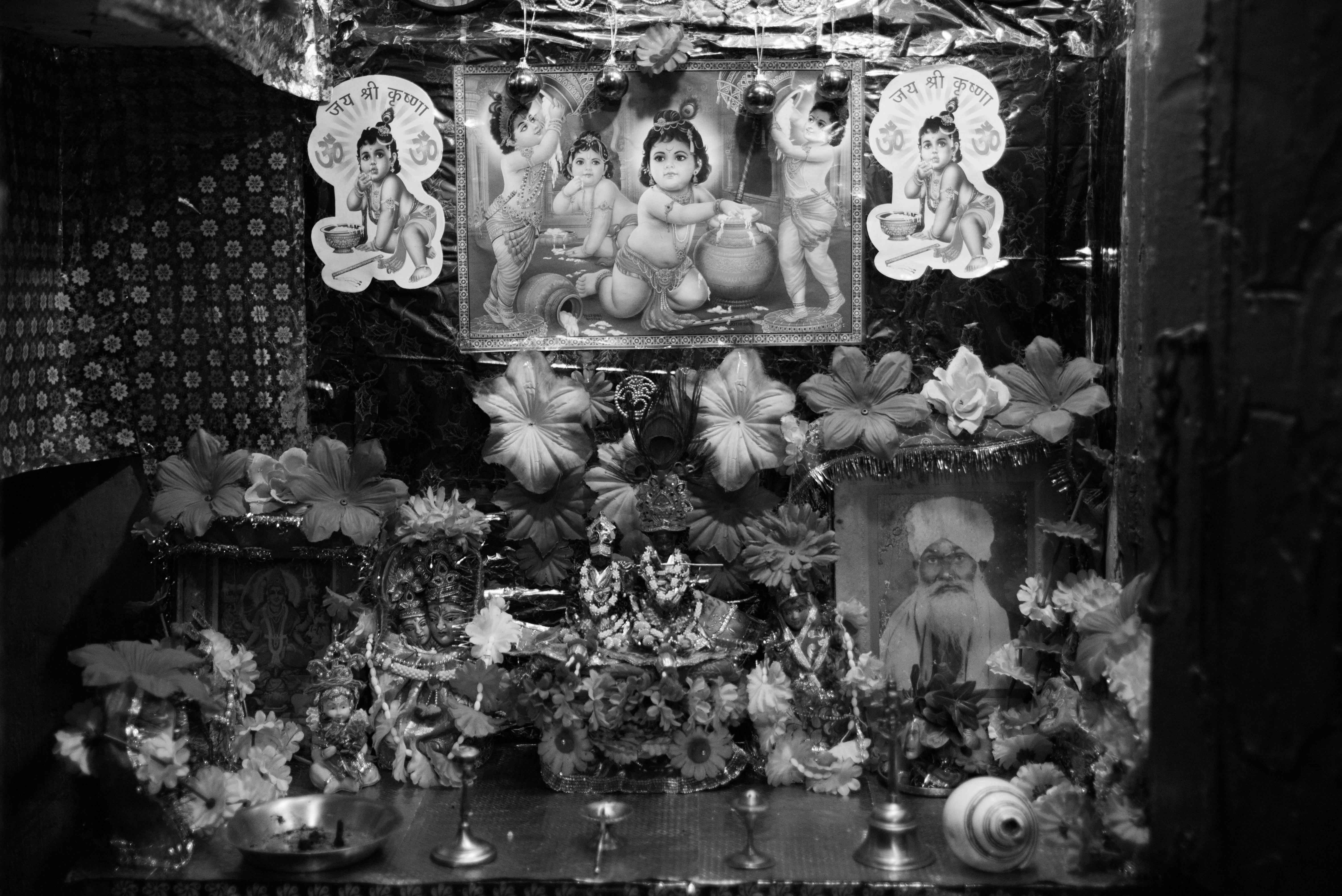 Vasumati takes us to her storage spot. A broom, a bucket, a U-shaped scooper, and a bamboo basket are stacked on top of one another. They are covered in dust and ash; it’s easier to empty the bucket with the ash layer because the content doesn’t stick to it. Vasumati covers her head and hair with her scarf. She covers her nose. 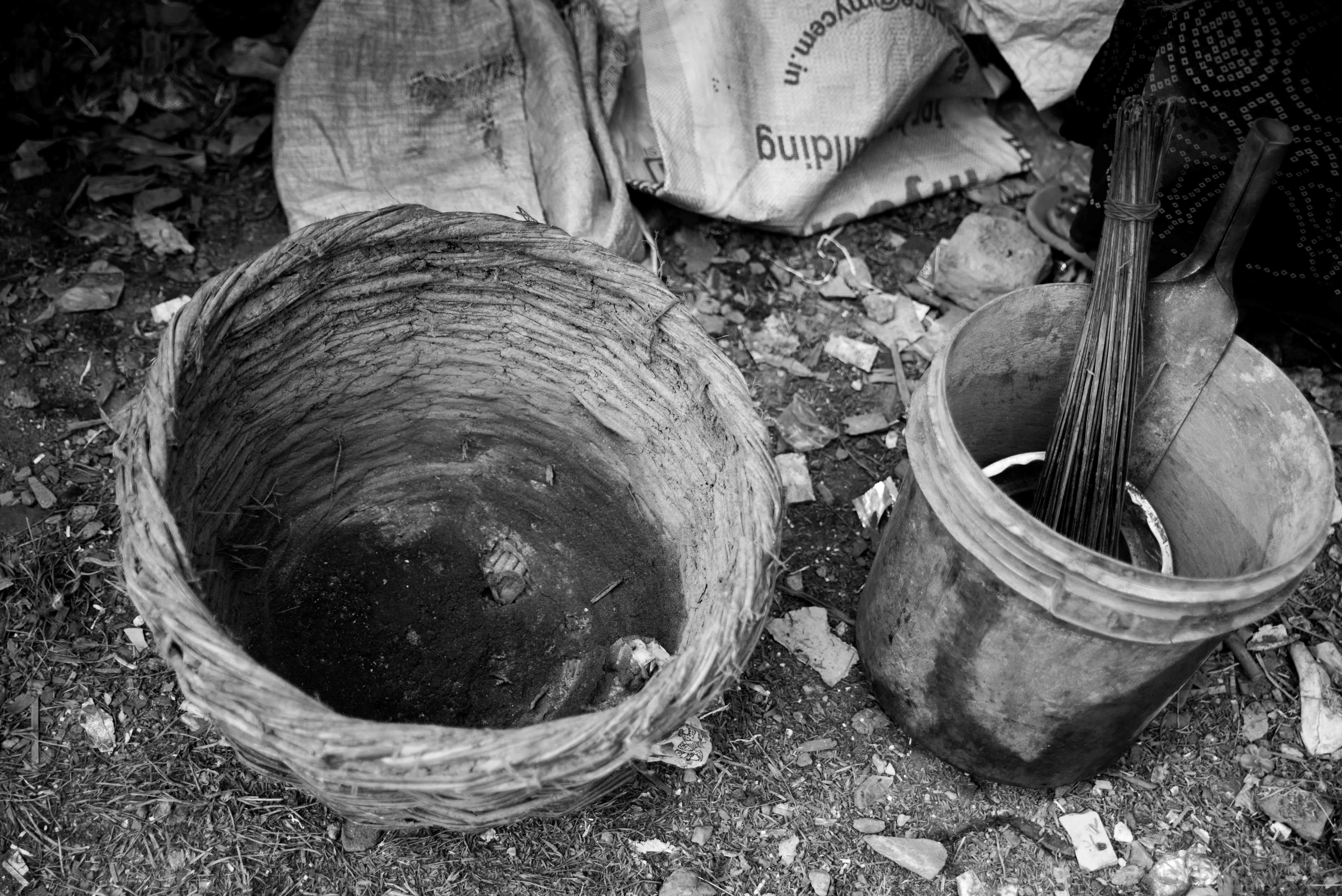 Her first stop is a house that we don’t even have to enter. There’s a hole covered with a metal sheet about three feet away from the entrance. She slides open the door and squats in front of the opening. 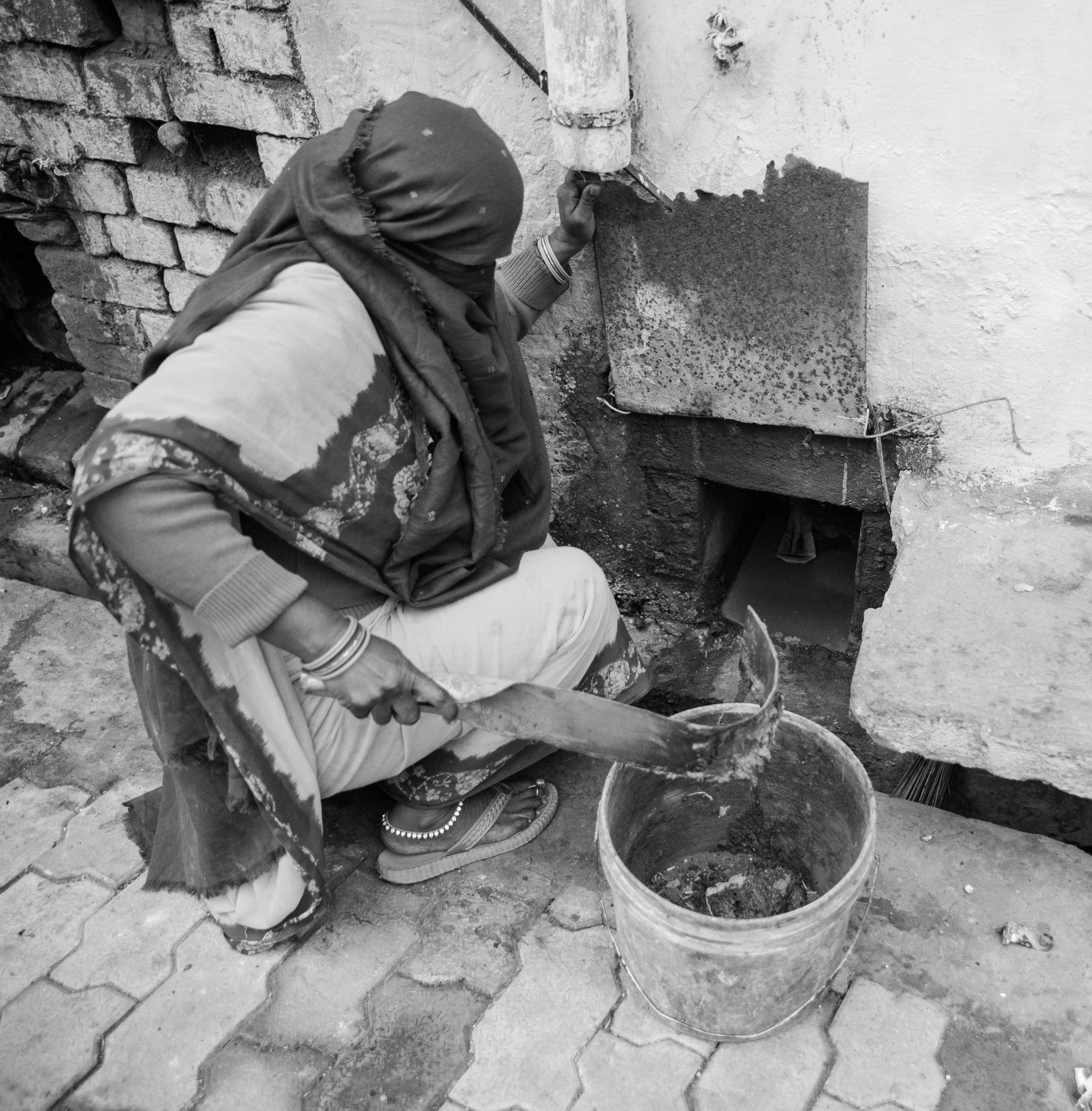 How much do the households pay? we ask, as Vasumati scoops the excreta into her bucket. “Rs 50 per person per month. Children who have not reached puberty and people over 60 years are not counted… Who can argue with them? These rules have been around for a long time.” She moves carefully, avoiding the water she is flushing into the gutter, then she straightens up.

She has to get going. She has 32 more toilets to clean today. 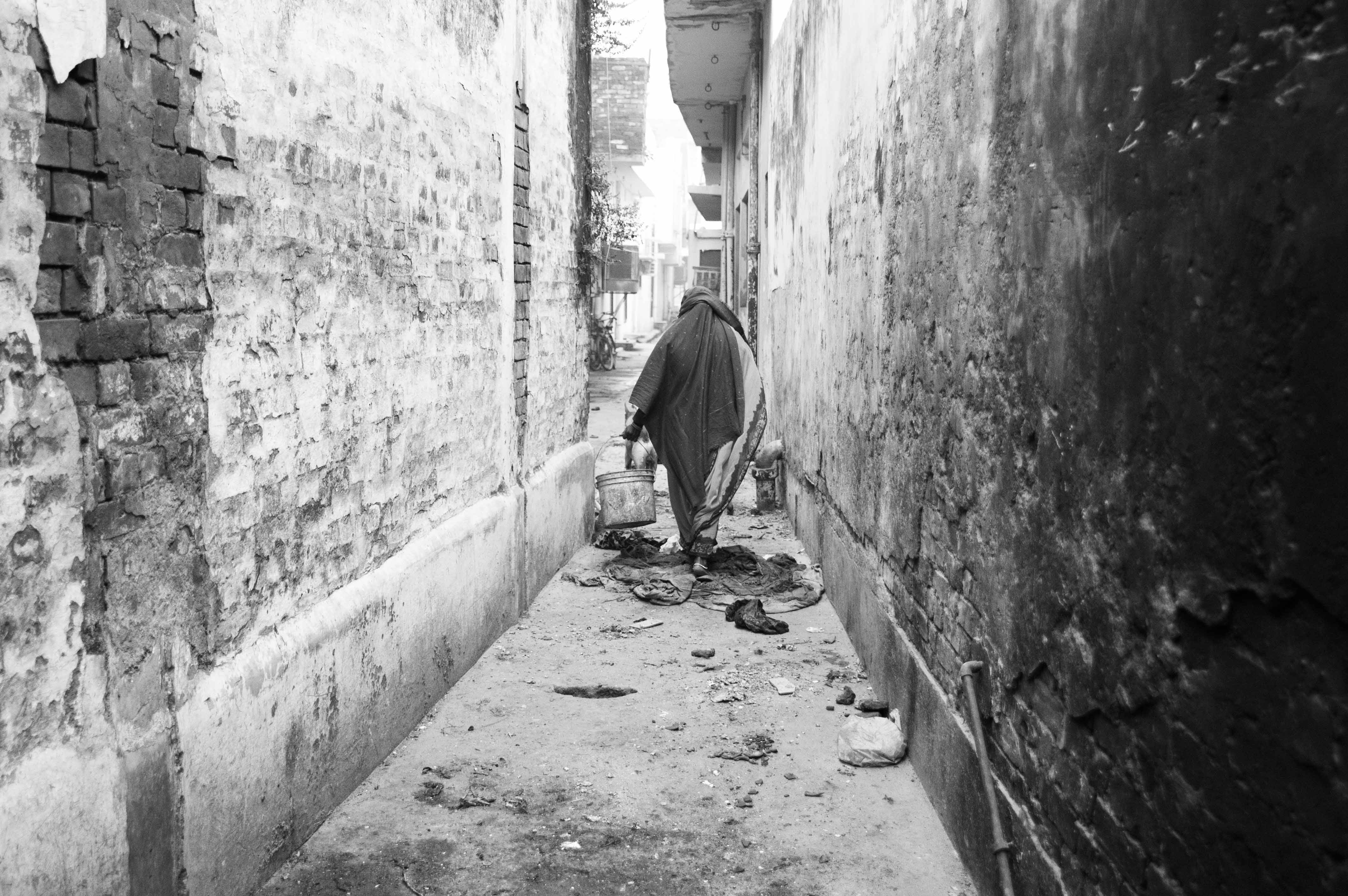 This article was originally published on India Water Portal. Read the original here.