Speaking to Karan Thapar, Shashi Tharoor agreed it would be very difficult for the government to admit and accept it has bought Pegasus. 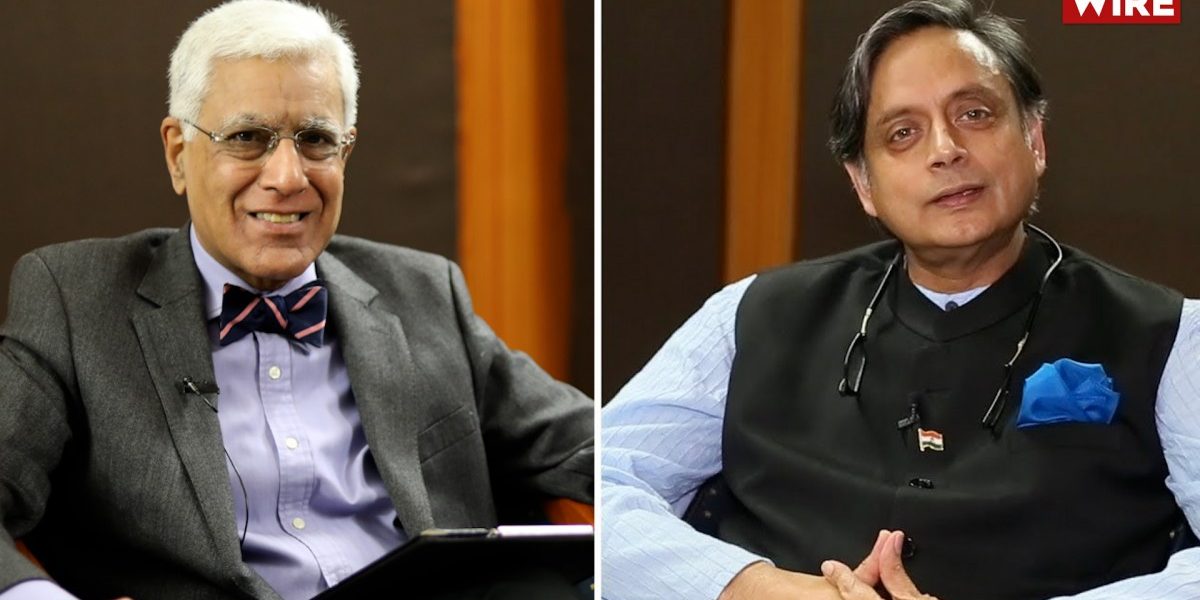 New Delhi: The chairman of the Parliamentary Standing Committee on Information Technology has said former IT Minister Ravi Shankar Prasad’s claim the Project Pegasus expose is revenge against India’s handling of COVID-19 is “preposterous” and Union home minister Amit Shah’s insinuation that the timing of the story to coincide with the opening of the monsoon session of the Indian parliament shows it’s the work of “disrupters and instructors”  simply “strains credulity”.

In a 30-minute interview to Karan Thapar for The Wire, Shashi Tharoor agreed it would be very difficult for the government to admit and accept it has bought Pegasus because that would effectively amount to self-incrimination. This is because Pegasus hacks phones and under Section 43 of the IT Act read with Section 66 hacking is a crime and therefore cannot be authorised by the government even on the grounds of national security and terrorism.

Asked by The Wire how the Modi government should respond to the Pegasus expose, Shashi Tharoor said “the best thing would be to appoint a sitting Supreme Court judge to head an independent inquiry” with full power to summon witnesses and fully investigate.

On further questioning by The Wire, Tharoor said he would, as chairman of the Parliamentary Standing Committee, consider proposing to the Committee that it should directly approach the CEO of NSO and request a thorough investigation that will reveal the full truth followed by appropriate action where necessary.

Shalev Hulio, the CEO, has told The Washington Post he’s “very concerned” by the hacking allegations. In a formal statement NSO has said it will “investigate all credible claims of misuse and take appropriate action”. Hulio has told the Post that earlier two of it’s clients were suspended for misuse of Pegasus. Other newspapers report the number is five.

In the interview, Tharoor was asked if it made sense to take up Hulio’s assurances of investigating misuse and thus, in a sense, challenge him to live upto his words.

Tharoor seemed to agree it could although he carefully added he was speaking for himself and his Committee would have to take the final decision and thereafter it would also need the Lok Sabha Speakers permission to proceed.