Rakesh Mishra, a member of the Indian SARS-CoV-2 Genome Sequencing Consortia (INSACOG), which is advising the government on virus variants, says experts had warned in March that it was “very very clear there is real danger and a threatening situation”. 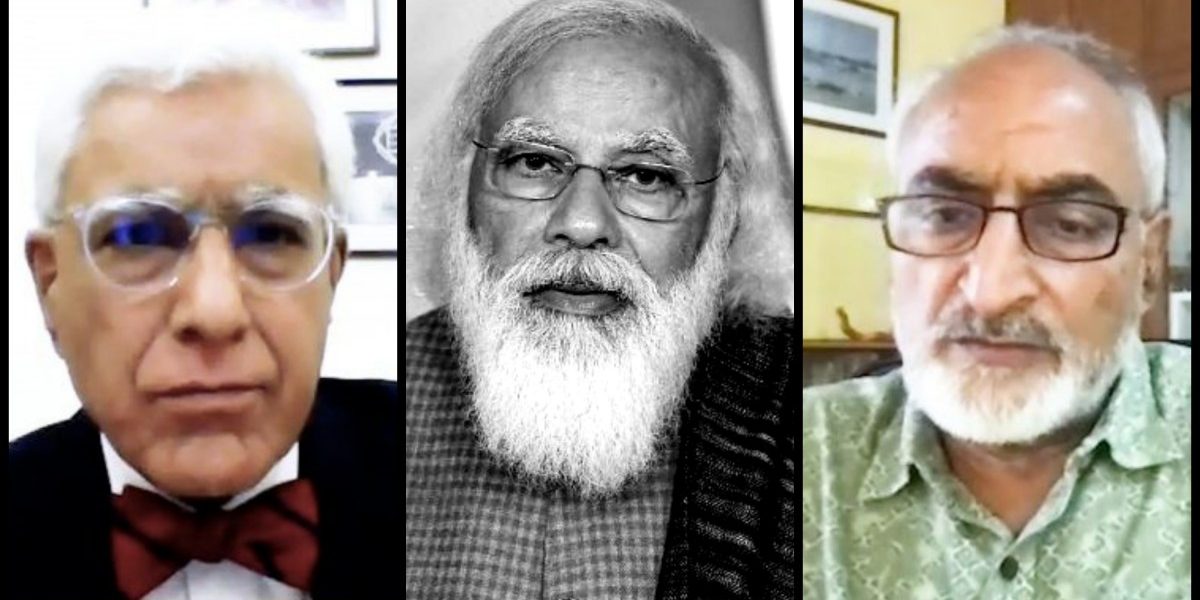 New Delhi: In a bold and outspoken interview, one of India’s foremost scientists and a member of the Indian SARS-CoV-2 Genome Sequencing Consortia (INSACOG), has confirmed that in early March, the expert advisory panel of which he is a part had formally warned the government of its “high concern” that new and more contagious variants of coronavirus were taking hold of the country and, as a result, it was very likely that Covid cases and deaths would increase exponentially.

INSACOG is a consortium of 10 national laboratories handling genome sequencing.

Dr. Rakesh Mishra, who is also the director of the Centre for Cellular and Molecular Biology, Hyderabad, said: “This concern was raised… it was a kind of warning that we are heading towards danger”.

Mishra has thus confirmed the critical first part of a major story released by Reuters on Monday which has so far been largely ignored by the Indian media.


In an interview to Karan Thapar for The Wire, Mishra said INSACOG’s concerns were conveyed directly to Dr. Sujeet Kumar Singh, the director of the National Centre for Disease Control, to whom INSACOG reports.

Mishra said “It was a high concern and there’s no doubt about it”. He added, “We were very, very concerned” and that INSACOG was “dreading something bad would happen”.

Asked to specify what INSACOG’s fears and concerns were in early March when it warned the government, Mishra said “Variants were very prolific”. INSACOG was worried about the “exponential growth” of cases which he said would be “very dangerous” with “much more mortality”.

Mishra also said that the exponential growth in cases would provide opportunities for the virus to mutate and that could possibly lead to mutations that are not just more infectious but also more immune resistant, thus undermining the vaccine programme that is underway.

Mishra told The Wire that he has no reason to doubt the Reuters story when it claims Sujeet Kumar Singh, director of NCDC, clearly warned the government that urgent action was needed. In the Reuters report, Singh is quoted to have said: “It was highlighted very, very clearly that unless drastic measures are taken now it will be too late to prevent the mortality which we are going to see”. Mishra told The Wire he has no reason to doubt Singh said this. FILE PHOTO: Volunteers and relatives prepare to cremate the bodies of people who died due to the coronavirus disease (COVID-19), at a crematorium ground in Giddenahalli village on the outskirts of Bengaluru, India, May 2, 2021. Photo: Reuters/Samuel Rajkumar

Asked about the second part of the Reuters story – that the government ignored or did not act effectively in response to INSACOG’s warning – Mishra told The Wire: “I’m as anxious as you about the government’s response”. Under questioning, he agreed the government “didn’t do enough”. He repeated that in March it was “very very clear there is real danger and a threatening situation”.

Mishra said the government kept talking about doing more testing and more RT-PCR tests, in particular. He seemed to suggest that was the full extent of the government’s response to INSACOG’s warning. He even raised the question: “Why were 50 people permitted for weddings? Five would be enough”.

Mishra added, “The system failed to imagine the problem could be so high (big)”.

In The Wire interview, Mishra was specifically asked about four or five developments that happened after INSACOG’s warning of early March.

First, he was asked whether it was right for political rallies, with tens or hundreds of thousands of people, to take place in West Bengal, Kerala, Tamil Nadu and Assam. He was also asked whether it was proper for shahi snans with two or three million people to take place in March and April as part of the Kumbh Mela. He bluntly said: “This was not acceptable”. He said “These things should be postponed or delayed”.

Mishra was questioned about comments made by the health minister of Assam (Himanta Biswa Sarma) that the people of Assam do not need to wear masks. He said: “Ministers saying don’t wear masks is not acceptable”.

Asked also about the chief minister of Uttarakhand saying faith in God and the power of Mother Ganga would protect people at the shahi snans, Mishra said: “No one on public platforms should say this”.

Asked specifically about Prime Minister Narendra Modi’s comment on April 17 – when coronavirus cases were growing by 260,000 cases a day – in which he applauded the size of the crowd at a political rally in Bengal, Dr. Mishra said: “That’s very unfortunate”. He repeated, “Rallies should have been called off”. More ominously, he said “we will see the outcome of such rallies in a few week’s time”. 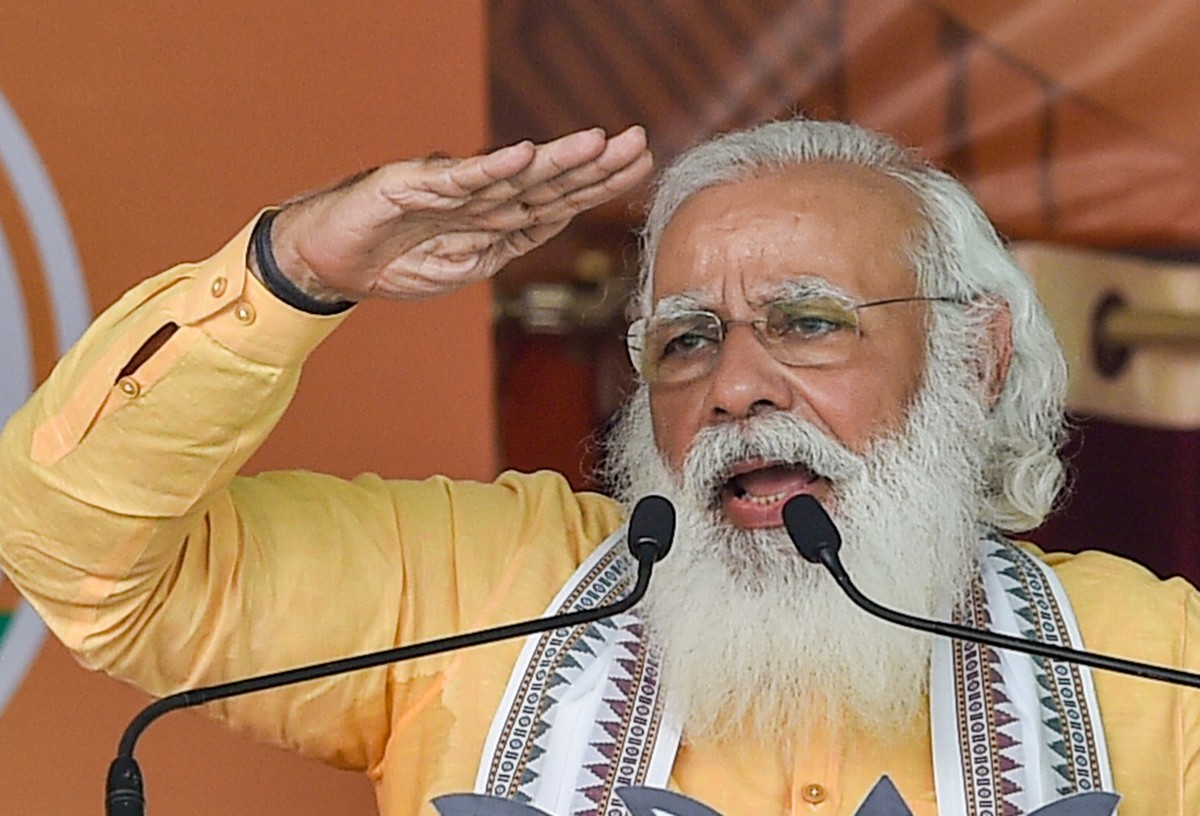 Asked about Union home minister Amit Shah’s response to questions at a press conference during the Bengal campaign that suggested Shah does not believe political rallies are responsible for the rising coronavirus cases, Mishra said, “He was not given proper feedback or information”.

Finally, Mishra said the BJP’s plan to hold a nationwide dharna tomorrow, May 5, would be a terrible mistake. He said the top priority at this moment is to save lives. He pointedly added, “We can settle our scores later”.

Speaking about the so-called “double mutant” (B.1.617), Mishra said it is definitely more transmissible than the original virus but less infectious than the B.1.1.7 variant.

Mishra made a point of saying that laboratory tests have shown that both Covishield and Covaxin are effective against both the variants.

Finally, Mishra said “more strict measures” are needed in response to the present crisis. He said, “Something closer to a major lockdown is required”.