Senior journalist Sharad Pradhan explains how bulldozers have emerged as a new source of hate in today's politics, and how it was used in the past. 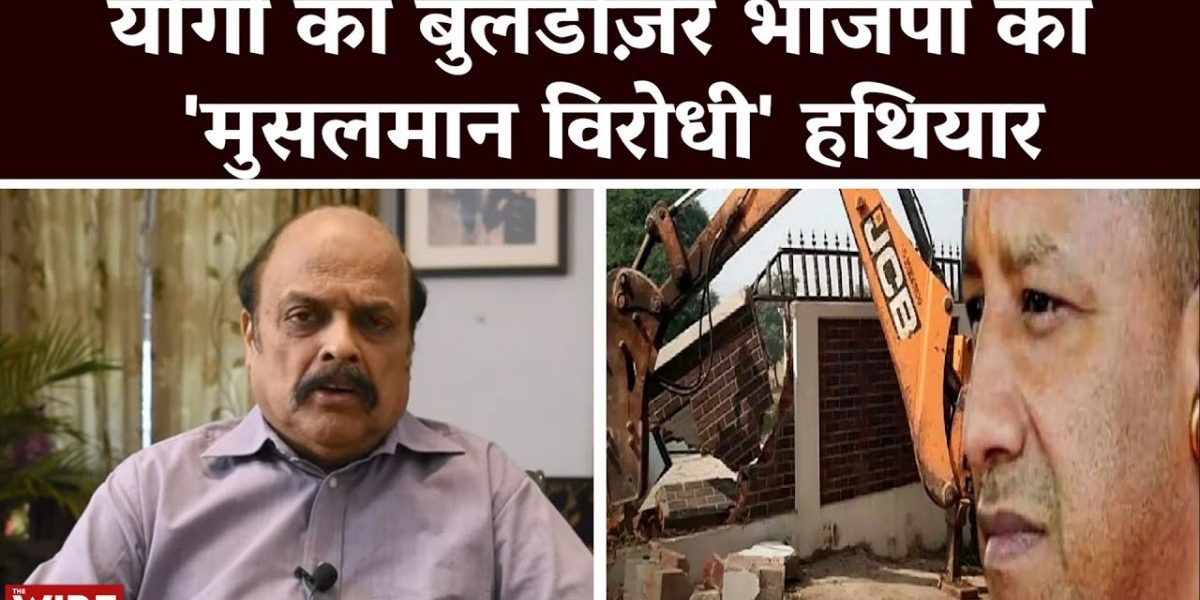 The bulldozer has now assumed pride of place in the Indian political lexicon, after the BJP began projecting it not just as an inanimate object but as an ‘idea’ meant to cement its hate politics, couched in the innocuous framework of good and effective governance.

The credit for bringing a heavy-duty bulldozer into the political limelight goes to Uttar Pradesh’s chief minister Yogi Adityanath. In Adityanath’s Uttar Pradesh, bulldozers were first entrusted with the onerous task of upholding the rule of law. Due to its ‘success’ in demolishing the homes and hopes of the minority community in UP, the bulldozer has naturally found takers in other BJP-ruled states.

Since then, bulldozers have been effectively used – in the name of upholding the rule of law by serving the so-called guilty with the harshest punishment – in Khargone in Madhya Pradesh and in Jahangirpuri in Delhi after the communal riots.

In fact, in Jahangirpuri, bulldozer justice has prevailed over the Supreme Court of India. That the demolitions in Jahangirpuri didn’t stop even after the apex court issued a stay order on demolition speaks volumes about its popularity, if not acceptance among the dutiful bureaucrats.

In this episode of ‘Lucknow Central’, senior journalist Sharad Pradhan explains how bulldozers have emerged as a new source of hate in today’s politics, and how it was used in the past.