After the Uttar Pradesh STF said that the Kanpur-based gangster made escape bids when he was arrested in Ujjain, the Madhya Pradesh police said no such attempts were made while the gangster was in its custody. 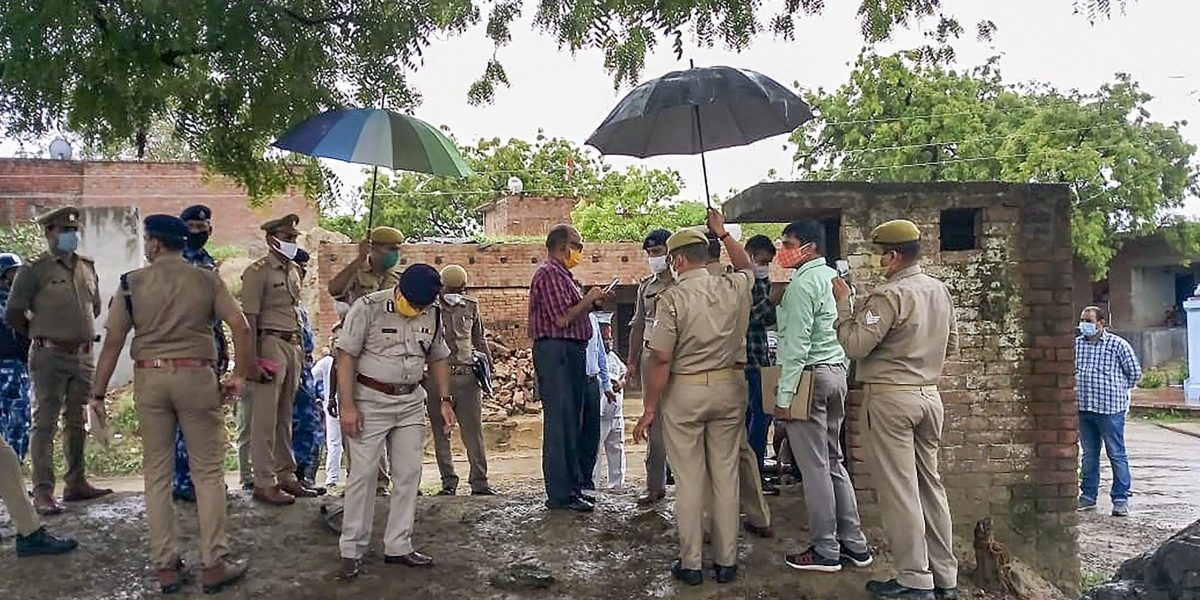 New Delhi: In an attempt to justify its claim that Vikas Dubey was killed in an encounter when he tried to flee, the Uttar Pradesh Special Task Force said that the Kanpur-based gangster had made similar escape bids when he was arrested by the Madhya Pradesh police in Ujjain.

However, the UP STF’s claim was soon countered by the MP police when it said that Dubey had not made any such attempt to escape while in its custody.

The UP STF, which had reached the outskirts of Kanpur while bringing Dubey from Ujjain, had earlier said that the gangster was killed when he snatched a policeman’s 9mm pistol when the police vehicle overturned in an accident and made an attempt to escape.

A day after, even as multiple loopholes and contradictions were pointed out in the UP police’s version of events leading up to the killing of the don, the STF claimed that Dubey had tried to escape on two occasions while being ferried on a motorcycle by the MP police from one police station to another after being arrested at the Mahakal temple in Ujjain.

The MP police, however, denied the STF’s claim, and said that Dubey was neither brought to the police station on a motorcycle nor did he make any bid to escape.

Speaking to the Times of India, one UP STF official who was part of the team that was ferrying Dubey to UP said, “Cops asked us to come at a police station in Ujjain but when we reached there, we were informed that Dubey had been kept at another police station. They asked us to wait. We saw a constable leaving on a motorcycle to bring Dubey. When Dubey reached, he got off the motorcycle and tried to run away. When my team and MP police caught him, he started abusing us.”

He said while bringing him into UP, he tried to flee again at Shivpuri (MP), where the police team had stopped to check tyre pressure of its vehicles. “But this time he was nabbed by the STF team,” he said.  A police official at the Shivpuri police station, however, denied this claim to the national daily.