The Supreme Court had in 2014 mandated a magisterial inquiry into all such 'cross-firing' cases. However, all cops were given the clean chit in the 74 probes completed by the BJP government. 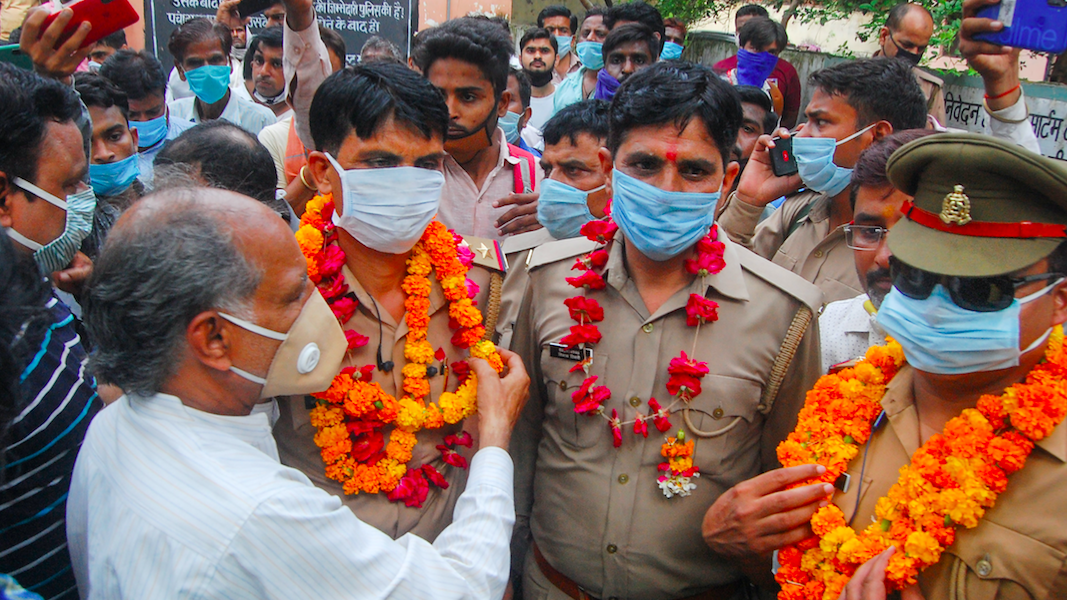 New Delhi: Gangster Vikas Dubey, who was gunned down by the Uttar Pradesh police in Kanpur on July 10, was the 119th person to be killed by the state police in claimed ‘encounters’ or ‘cross-firing’ cases.

Six people have been killed in five such ‘encounters’ since the July 3 gun battle in which eight cops, including a Deputy Superintendent of Police, who had gone to nab Dubey, were gunned down. Questions are now being raised if these incidents would mark another spurt in such ‘encounters’ in the state.

A report in the Indian Express has pointed out that while Supreme Court guidelines have it that all such ‘encounters’ should result in an FIR and magisterial inquiry, in all the 74 cases that have been investigated since March 2017 when Yogi Adityanath took over as chief minister of Uttar Pradesh, none of the cops under investigation have been indicted.

Also watch: Who Did Not Want Vikas Dubey to Survive Another Day?

Many of these ‘encounters’ had taken place under suspicious circumstances.

In the case of Dubey too, he was killed while being transported from Ujjain – where he was arrested at the Mahakal temple – to Kanpur, with a strong police escort. The police claim that the vehicle in which he was being driven overturned and taking advantage of the situation, he took the fire arm of an accompanying officer and was killed in an exchange of fire with the cops, as he tried to escape.

In January 2019, the Supreme Court had also been concerned at a spate of encounters in UP saying it was a “very serious issue”. The same month, the Adityanath government had, during the Republic Day celebrations, projected these encounters as a major achievement.

The newspaper report said while in 74 encounter cases in which deaths occurred, the magisterial probes have been completed, the courts have thus far accepted closure reports filed in 61 of these. It also noted that there have been 6,145 operations in the last three years in which 119 accused have been killed and 2,258 injured.

As many as 13 policemen have also lost their lives in these operations while 885 have suffered injuries.

The report, however, noted that “despite the legal framework of landmark rulings and independent inquiries, due process in encounter killings continues to be disregarded.”

It recalled how in December last year, the Supreme Court ordered an independent probe by former Supreme Court judge, Justice V.N. Sirpurkar into the killing by the police of four men accused of the gang rape and murder of a 26-year old veterinary doctor in Hyderabad.

In this case, the Supreme Court had stayed proceedings before the National Human Rights Commission and the Telangana high court. Incidentally, this case bore a stark resemblance to Dubey’s ‘encounter killing’ as Telangana police had also stated that they shot at the accused then when the latter had tried to snatch the firearms of the police in order to flee.

The report also mentioned how People’s Union for Civil Liberties had moved the apex court regarding the 1,000 encounters in which over 50 people were killed. It said the matter has been heard four times since July 2018 but has not been listed since February 2019.