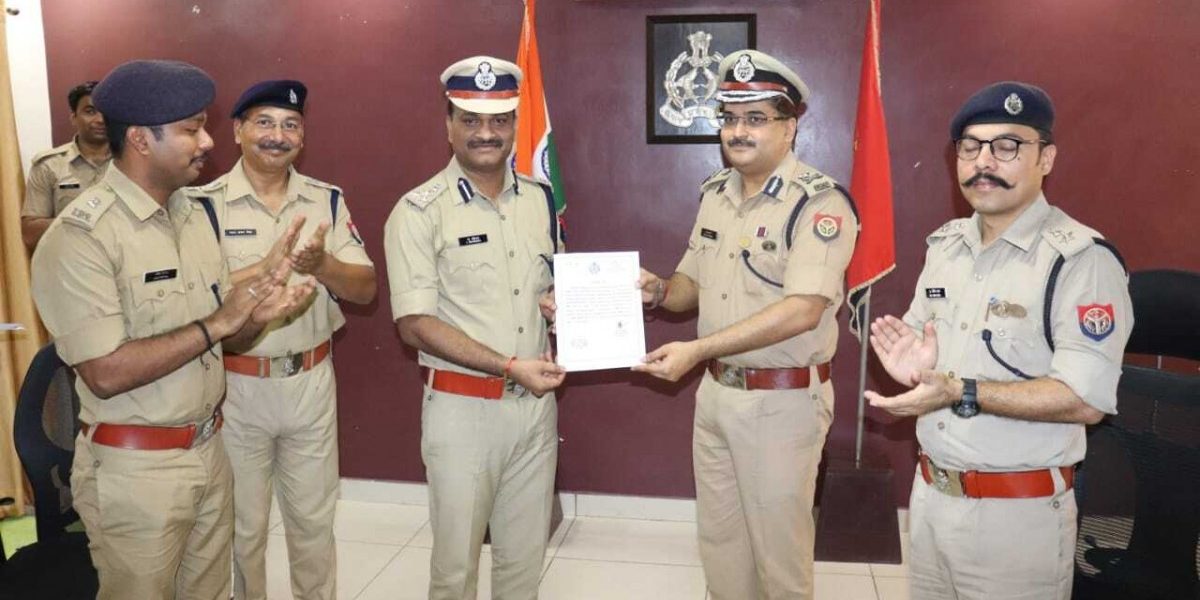 Lucknow: One of the members of the special investigation team (SIT) set up by the Uttar Pradesh government to probe the events leading up to last week’s controversial killing of notorious gangster Vikas Dubey has himself been chargesheeted for a serious crime – killing an innocent man in a fake encounter 13 years ago.

The officer in question is DIG J. Ravinder Goud, who, along with additional chief secretary Sanjay Bhoosreddy additional DG of police Hariram Sharma is part of the three-member SIT. Though initial reports indicated the team would probe Dubey’s killing and the events leading up to it, including the bloody incident in Bikru village where eight policemen were killed, the UP government notification submitted to the Supreme Court makes it clear the SIT’s role is confined to Dubey’s role as a gangster and the shootout in Bikru.

The Allahabad high court ordered a CBI probe into the 2007 encounter in which a young medicine dealer in Bareilly was killed. Though the CBI chargesheeted Goud, the Samajwadi Party government of Akhilesh Yadav withheld permission to prosecute. Nor has Yogi Adityanath’ BJP government given sanction, which is why he continues to go scot free even today.

Had it not been for the issue being highlighted in a local afternoon daily, 4 PM, Goud’s questionable inclusion in the SIT would have gone unnoticed. “No sooner than I learnt about the SIT, I was reminded about Goud’s charge-sheet in the fake encounter of Mukul Gupta, which I had followed in those days, so I decided to raise the issue in my columns”, 4 PM editor Sanjay Sharma told The Wire in Lucknow.

Why such an officer should be included in the three-member high-level SIT could be anybody’s guess.  I.B. Singh, senior advocate of the high court here, said it was “really shocking” that an officer tainted with a fake encounter indictment has been included in the team.

On the face of it, the SIT, which has been asked to submit its report by July 31, looks fair with an IAS officer of the rank of additional chief secretary at its head. While Bhoosreddy is widely known for his integrity, the inclusion of  Goud has raised suspicions.

A 2005-batch IPS officer, Goud shot into infamy for his role in the fake encounter of a  young medicine trader, Mukul Gupta, in Bareilly on June 30, 2007, when the officer was just an assistant superintendent of police. Gupta, a young man in his twenties, was gunned down by trigger-happy policemen, who tried to justify their act by describing him as a “mafia don” who was “wanted” in connection with major crimes.

Gupta’s elderly father, Brijendra Gupta, decided to fight back against the gross injustice to his  innocent son. The Allahabad high court accepted his plea for a CBI probe, in which 10 policemen including Goud were charge-sheeted on August 26, 2014. After years of perseverance, the father and mother of the deceased had the satisfaction of proving the police wrong. However, Goud was not prosecuted as the state government chose to sit over his file and not grant sanction for the case against him to proceed.

Shockingly, Gupta’s parents were murdered a year later, in April 2015. Though the needle of suspicion pointed to the policemen charge-sheeted by the CBI, the investigation never progressed.

Before they were killed, however,  the parents had moved the high court, which directed the state government to grant permission for his prosecution. Goud moved the Supreme Court, which refused to provide him any relief against the prosecution, even as it stayed his arrest. Yet, the case against him never proceeded

High officials in the government refused to answer questions on Goud’s appointment to the SIT and even Bhoosreddy refused to comment .

Note: This article was edited to take note of the UP government’s notification of the SIT’s appointment, which specifies its terms of reference.