Mallya’s Request to Appeal Against Extradition Rejected, But Legal Process to Continue

The liquor baron still has two avenues of appeal – one at the High Court and one at the Supreme Court – which could drag on for months. 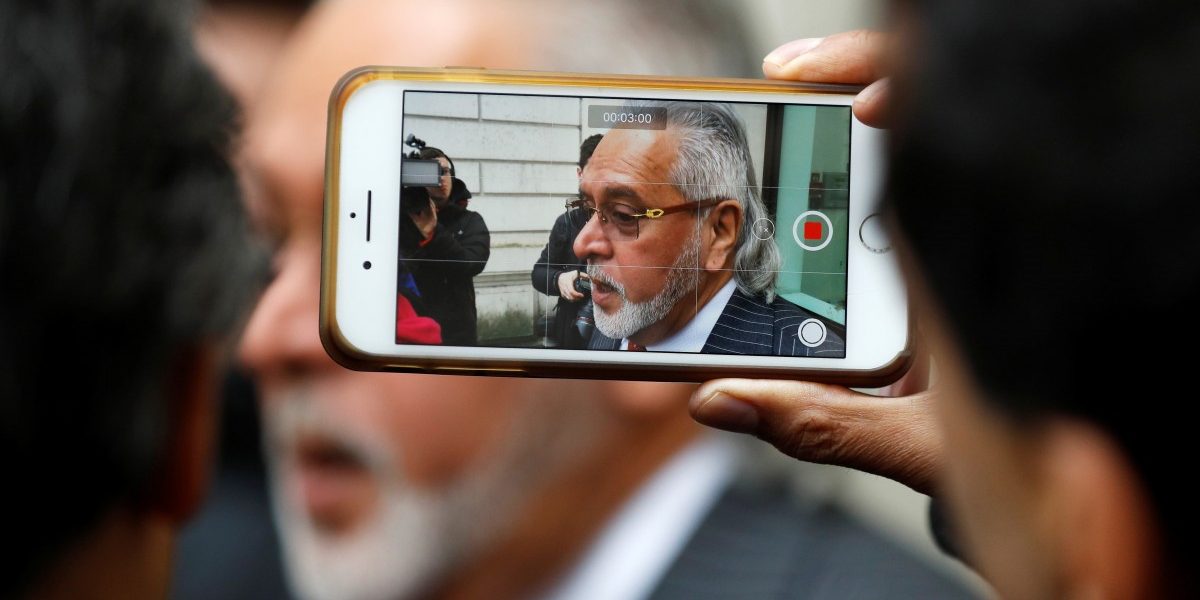 A man films Vijay Mallya on his mobile phone as he has a break outside the court house before his extradition case at Westminster Magistrates Court, in London, Britain, December 10, 2018. Credit: Reuters/Peter Nicholls

London: A UK high court has rejected Vijay Mallya’s written appeal against a lower court’s decision to extradite him to India.

In December 2018, chief magistrate Emma Arbuthnot of the Westminister Magistrate Court had ordered the extradition of Mallya based on evidence of a prima facie case of fraud, money laundering and violation of the Foreign Exchange Management Act (FEMA) in India.

The case was then sent to the home secretary, who signed the extradition order on February 4.

Mallya then approached the administrative court division of the High Court to appeal this order on February 14. Written submissions were made to the court and a ‘judge on paper’ was appointed to study them to determine the merits of the case.

The ‘judge on paper’ has now refused permission to admit the case, which means it will not directly progress to a substantial hearing – a blow to Mallya’s cause.

However, Mallya can still apply to make an oral presentation by submitting a renewal form. This renewal process will see a 30-minute oral hearing where both sides – Mallya’s lawyers and the Crown Prosecution Service (that represents India) – will renew their arguments for the judge to then decide if the appeal should progress to a full hearing.

“Permission to appeal was refused by a single judge on the papers on 5 April.  The Court’s order to that effect was served on all the parties by e-mail the same day. Mr Mallya now has five working days in which to renew his application for permission to appeal.  If he does so, there will be an oral hearing at which the Administrative Court will consider whether or not to grant permission to appeal,” said a spokesperson from the Crown Prosecution Service.

Mallya also has the option to approach the Supreme Court if the decision of the High Court is unsatisfactory. The process could take months.

Ruhi Khan is a journalist and social scientist based in London. She tweets @khanruhi.