Faced with dogged opposition, Rajasthan assembly Speaker said the government would consider the suggestions put forward by the members. 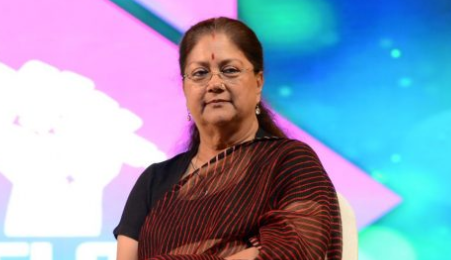 New Delhi: Amidst outcry over the Rajasthan government’s Criminal Laws (Rajasthan Amendment) Bill seeking to bar the media from naming a public servant until the state government sanctions the investigation, chief minister Vasundhara Raje on Tuesday referred the legislation to a select committee of the assembly. The decision comes on the back of a high-level late night meeting on Monday, where it was decided that the amended bill would be reviewed by a panel.

The government could now rework the most controversial provisions in the bill – media gag and 180-day window for the administration to sanction prosecution against an accused public servant – official sources told the Hindustan Times.

The bill, tabled in the state assembly yesterday by home minister Gulabchand Kataria to replace an ordinance promulgated on September 7, amends the Criminal Code of Procedure (CrPC), 1973, and enhances levels of immunity to public servants. According to the new rules, no investigation can be ordered by the police under Section 156 or a magistrate under Section 190 into allegations against public servants, judges and magistrates. Journalists are barred from reporting these allegations, unless and until the state government sanctions the prosecution.

The massive row over the bill forced the government to do an about-turn on the floor of the house a day after it tabled the bill in the assembly. At the beginning of the Question Hour on Tuesday, parliamentary affairs minister Rajendra Rathore informed the house that chief minister Raje had held a meeting with ministers on Monday night to discuss the  bill.

As the opposition MLAs rushed to the well of the house demanding withdrawal of the bill, Kataria said the government would consider the suggestions put forward by the members.

His proposal to refer the bill to a select committee was subsequently passed by the assembly.

The select committee has now been asked to submit its report in the next session.

The proposed ordinance has drawn criticism from all fronts, including activists and the opposition, led by the Congress party, as well as two members of the Rajasthan legislative assembly from the ruling BJP.