The ambitious Modi-Shah duo are keen to break Congress chief minister Madhav Sinh Solanki's record 149 seats out of 182 in the 1985 elections – a mark they could not cross even when Modi was chief minister of Gujarat. 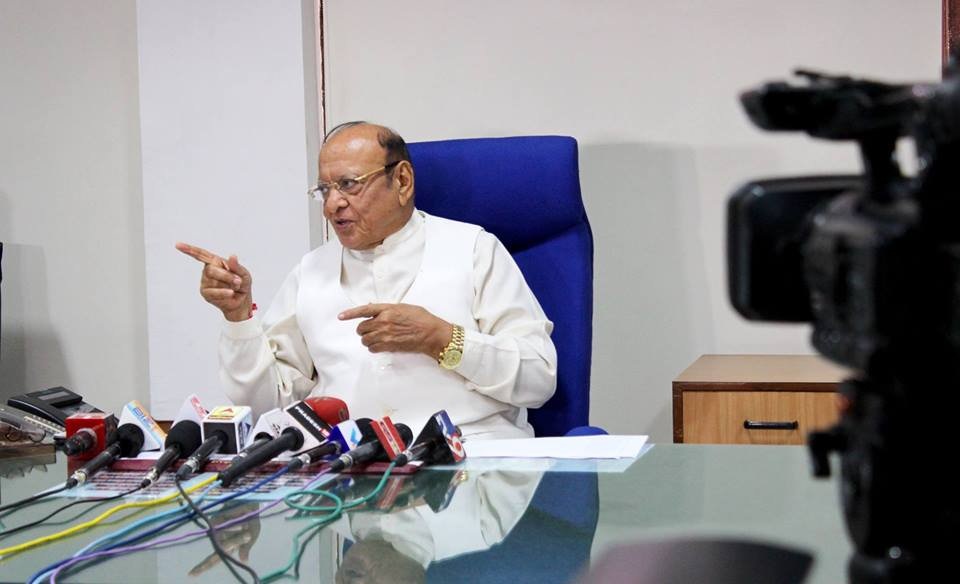 Shankar Sinh Vaghela has quit the Congress and the buzz in Gandhinagar is that Bharatiya Janata Party (BJP) boss Amit Shah orchestrated his exit. How? By reminding Vaghela that he is facing a CBI and an ED case for actions taken as union textile minister when he sold prime land in Mumbai belonging to the National Textiles Corporation (NTC), allegedly at a throwaway price, leading to losses worth more than Rs. 709 crore to the exchequer.

The theory of the Amit hand in Vaghela’s exit in all probability may be incorrect but it’s a fact that the departure of the old war horse is a major blow for the Congress. The party’s fortunes were reviving in Gujarat courtesy the plummeting equity of the ruling BJP in its citadel. Thus Vaghela’s exit comes as a major relief to the over ambitious Modi-Shah duo at a time that they are looking at winning 150 out of 182 seats in the assembly poll slated for December this year.

In the years when Modi was chief minister, the BJP won the polls in Gujarat comfortably but never could hit the magic figure of 150. This 150 mark is important because in spite of being the prime minister now ( or the ‘Gujarat hriday samrat’ since the 2002 violence) Modi could never beat the record set by the Congress’s Madhav Sinh Solanki who won 149 seats in the 1985 assembly elections. With disquiet in the ranks of patidars (Patels) – who hitherto were the strongest supporters of the BJP – the party had been looking a little shaky. Other less affluent sections of society like the OBCs and Dalits are also upset with the BJP.

This is something that Vaghela wanted to capitalise on and wanted to be named the Congress’s chief ministerial candidate. But the grand old party is betting on Bharat Solanki, son of Madhav Sinh Solanki, much to the discomfiture of Vaghela who had been sending signals to this effect for a long time. These signals culminated in his dramatic “unfollowing” Rahul Gandhi and other Congress leaders on Twitter earlier this month.

The last straw, however, was the presidential poll a few days ago where some Congress MLAs cross voted in favour of BJP nominee Ram Nath Kovind. The blame for this cross voting was laid at the door of Vaghela – who quit the party on his birthday before he could be sacked. Vaghela dramatically announced on July 21 as he turned 77: “Today I free myself from the Congress and set the Congress free.”

The truth is that he was always an odd ball in the Congress, having descended from the RSS gene pool. A one-time associate of Modi who pillion-rode across Gujarat on a motor bike driven by Vaghela, their ambitions clashed later on. When Keshubhai Patel became the first BJP chief minister of Gujarat, he had Modi’s support. Upset, Vaghela broke away from the BJP and formed a new party, the Rashtriya Janata Party (RJP), and succeeded in becoming chief minister.

Meanwhile, Keshubhai also fell out with Modi, and the latter was banished to Delhi. When his RJP government was toppled, Vaghela gravitated to the Congress and merged his party. But with his RSS background, Congress party bosses never fully trusted him. Vaghela never made a bone of stating so in private conversations with journalists. His special ire was reserved for Ahmed Patel, who had the ears of Sonia Gandhi.

After the 2002 riots, Vaghela claimed that he knew exactly what had happened and who was behind what. When the Congress came to power at the Centre in 2004 in New Delhi, Vaghela privately told me that he had advised strong action against the Modi government.  “Sardarji is so weak and madam does not understand. The apologists of Modi in our party say that don’t do anything to his government, otherwise the public will revolt,” Vaghela had said.

Vaghela has now quit as leader of opposition in the Gujarat assembly but he will quit as MLA only after the Rajya Sabha polls slated in the next ten days. Ahmed Patel, four-time Rajya Sabha MP from Gujarat is seeking re-election and the belief is that Vaghela will not quit the assembly before casting his vote against Ahmed Patel.

What are his future plans? Vaghela has not made it clear except to say he won’t join the BJP. Political analysts however believe that he will be in alliance with the Nationalist Congress Party (NCP) after forming an outfit of his own. This will be a third front. However, historically, third fronts have never been sustainable in Gujarat as even the RJP of Vaghela demonstrated nearly 20 years ago. In the short run, the third front may result in dividing the opposition vote, thus giving an advantage for the ruling party.

The NCP entered into an alliance with the Janata Dal (United) to contest the Gujarat elections in April this year. The Aam Admi Party (AAP) and Shiv Sena are also planning to contest the assembly polls and this will compound the confusion. In fact the Shiv Sena has been wooing Hardik Patel ,who has emerged fast as the face of young Patidars who claim that development in Gujarat has by passed them.  To compound the crisis for the BJP, a young leader, Alpesh Thakor, has formed an OBC, ST, SC forum (OSS) which is believed to have a membership of 6.5 lakhs. His grievance is similar to that of Hardik Patel: how there are not enough jobs being created and all the development is bypassing the poor and underprivileged.  The talk is that Thakor might form a party of his own in the run-up to the elections; in all likelihood, Vaghela will attempt to win him over.

The BJP’s hold over Gujarat began slipping the moment Modi left Gujarat in 2014. Insiders say that Amit Shah had expressed a desire to succeed Modi in Gujarat but the latter preferred to back his old political associate, Anandiben Patel. Shah was instead made BJP president but Anandiben made a mess of the situation in Gujarat what with charges of cronyism and corruption and rising Patidar and Dalit protests. In the end, Modi was forced to replace her in August 2016. She was replaced by Vijay Rupani, be he has done nothing to shore up the fortunes of the saffron party. In this situation, even as Modi has increased his visits to Gujarat to directly appeal to the public, Amit Shah is busy with his political machinations. For the duo, Gujarat 2017 is nothing short of a prestige battle where 150 seats must be won.  Whether they succeed or not is the million dollar question.