Vaccines at 'Warp Speed': The Difference Between the US and India In May 2020, the US government officially announced the launch of ‘Operation Warp Speed’, a public-private partnership to ensure the country would have access to working COVID-19 vaccines by January 2021. According to the US Department of Health and Human Services:

Operation Warp Speed will select the most promising countermeasure candidates and provide coordinated government support to support their development. Protocols for the demonstration of safety and efficacy will be aligned, which will allow the trials to proceed more quickly. The protocols for the trials will be overseen and set by the federal government, as opposed to traditional public-private partnerships, in which pharmaceutical companies decide on their own protocols.

In addition, the US government committed $10 billion in funds, including “investments in manufacturing and distribution at its own risk much earlier than usual, giving firms confidence that they can invest aggressively in development of countermeasures.” For example, AstraZeneca-Oxford received $1.2 billion by May; Novavax, $1.6 billion by July; and Moderna, $1.53 billion by August.

It also promised the makers of select vaccines that they would be able to scale up development, and that it would set up distribution systems, before the vaccines reached the Food and Drug Administration (FDA) for final approval.

India’s pre-vaccination trajectory was different. The Modi government didn’t make formal advance commitments. In an affidavit filed to the Supreme Court in May 2021, the Centre said it hadn’t made any “governmental aid, assistance or grant” for the R&D of Covaxin or Covishield, only that the Indian Council of Medical Research had spent Rs 46 crore on their clinical trials. With inputs from principal scientific adviser K. VijayRaghavan and Department of Biotechnology secretary Renu Swarup, the government granted the two companies a ‘manufacturing and stockpiling’ license pending the drug regulator’s approval. (If the regulator denied approval, they’d have had to destroy the stockpiles.)

The actual purchase agreements were reportedly signed between the date of approval – January 3 – and the day on which the vaccination drive began – January 16.

Another feature, and a point of similarity between India and the US, was that the FDA said it would review the results of the phase 1, 2 and 3 clinical trials as and when they became available – instead of one after the other, as is normal beyond the pandemic. At the same time, the FDA would retain the final say on each vaccine’s approval based on its safety and efficacy. India’s Drug Controller General (DCGI) adopted the same approach, although its approval process was very opaque.

Nonetheless, the vastly different outcomes of the Indian and the US vaccination programmes were rooted in two mistakes on the Modi government’s part, among other issues:

1. It didn’t make advance purchase agreements with potential manufacturers, a failure that delayed investments by them in expanding production capability.

2. When it did place orders, it massively underestimated the demand, once again delaying the investments needed to ramp up production. 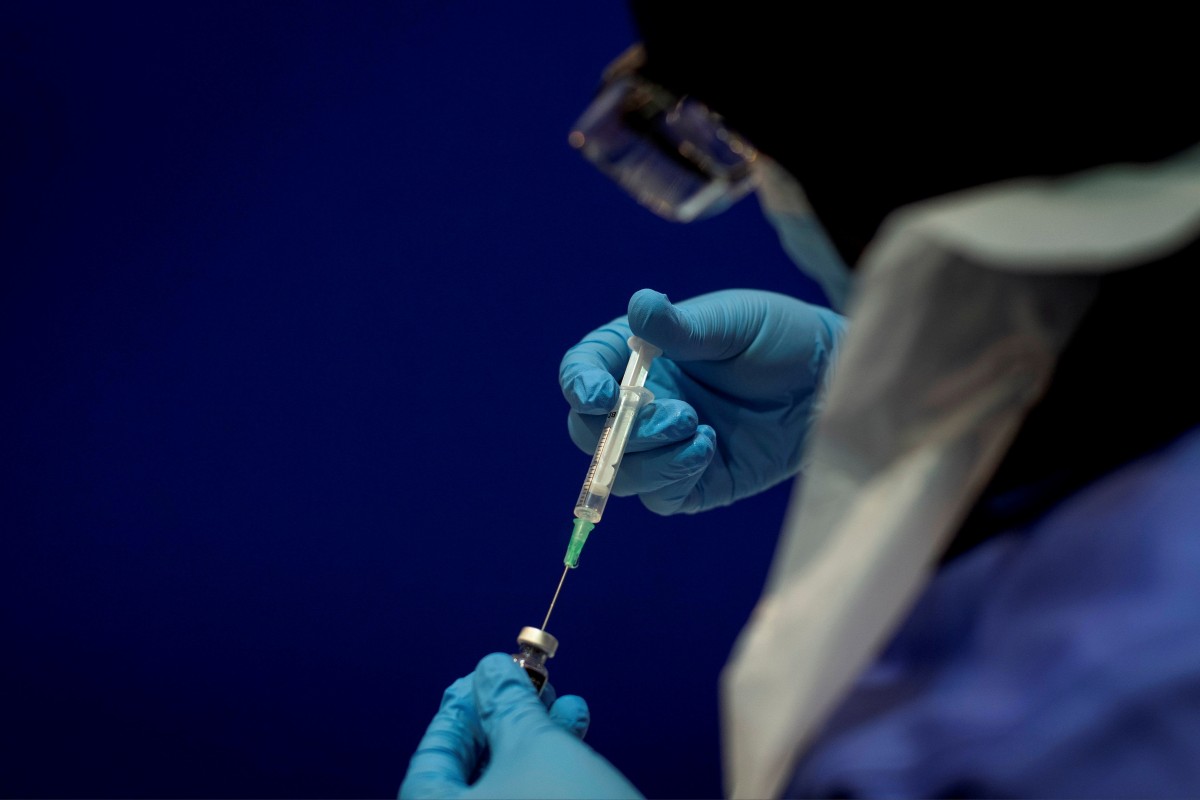 A phial of the Pfizer/BioNTech COVID-19 vaccine concentrate is diluted with 1.8ml sodium chloride ready for use at Guy’s Hospital. Photo: Victoria Jones/Pool via Reuters

However, the Government of India appears to be learning to do better with Biological E (a.k.a. Bio E). On June 3, the Union health ministry announced that it would give the company, based in Hyderabad, Rs 1,500 crore for 300 million doses of its COVID-19 vaccine, called Corbevax, even as it’s still going through its phase 3 clinical trial. “The proposal of Biological E was examined and recommended for approval after due diligence by the National Expert Group on Vaccine Administration for COVID-19 (NEGVAC),” Times Now reported.

Corbevax uses a recombinant-protein platform. Researchers add genetic material from the virus’s spike protein’s receptor-binding domain – modified to prevent glycosylation – into yeast. The yeast is like a factory that ‘reads’ the new genetic material and manufactures proteins. These are called recombinant proteins, which the researchers extract to use in the vaccine. “Recombinant protein vaccines are known to be effective at boosting pre-existing [immune] responses,” two researchers wrote in The Lancet in April. Corbevax’s platform was developed by researchers at the Baylor College of Medicine, Texas, and Bio E.

The decision to book 30 crore doses of Biological E’s Covid-19 vaccine before it has launched marks a major shift in the government’s stance on procurement for mass immunisation against the coronavirus. The advance order, which includes Rs 1,500 crore in monetary assistance to help the company stockpile doses, is the government’s first at-risk investment on vaccines so far. It is significant that the government has put its money on a novel platform for a Covid-19 vaccine that is yet to receive regulatory approval.

It appears the Indian government is finally doing what the US government did last year. Even before approval, the US government had invested $2.48 billion in the Moderna vaccine. Pfizer opted out of Operation Warp Speed but struck an advance purchase agreement with the government, worth $2 billion for 100 million doses. BioNTech, which later partnered with Pfizer, received $445 million from Germany. Both these vaccines are mRNA vaccines, and were the first of their kind for use in humans. But thanks to confidence that the trials are well-designed, independently monitored and the results promptly reported, the US government continued to put its weight behind them, and its decision paid off immensely.

Apart from the commitment, Times of India reported, the Department of Biotechnology provided Bio E a grant-in-aid of Rs 100 crore and “has partnered with it to conduct all animal challenge and assay studies through its Translational Health Science and Technology Institute, Faridabad”. This grant comes under the Centre’s ‘Suraksha’ mission, launched in November 2020, for which the Union finance ministry allocated Rs 900 crore to the Department of Biotechnology. The step represents a further streamlining of the vaccine development pipeline – in which the government doesn’t just show up at the end but works with the manufacturer at all stages.

The problem is not that the Indian government is backing novel technologies with financial commitments even before they have been proven, so to speak. The scale and novelty of the crisis are likely to have encouraged researchers to develop novel solutions, and the government must ensure it can check them properly and, if they hold up, use them well. (Another recombinant-protein vaccine, developed at the Indian Institute of Science, Bengaluru, is undergoing preclinical trials.) 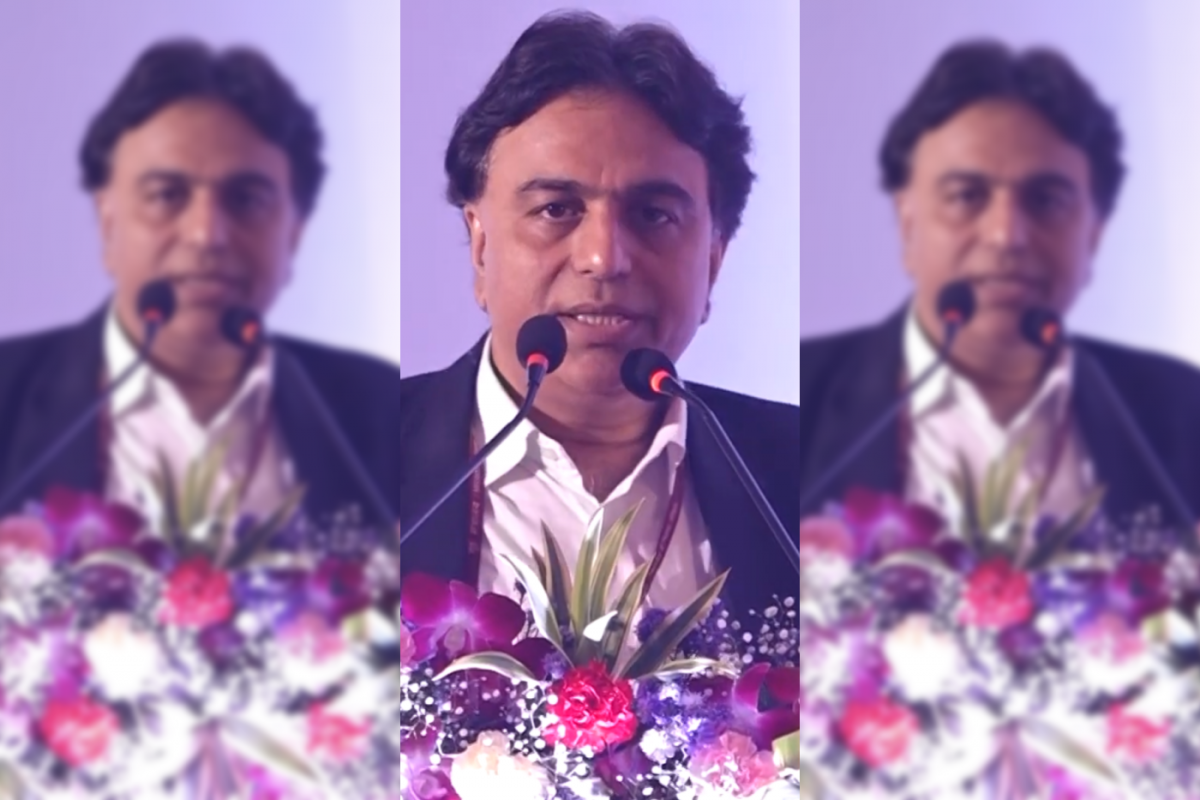 The problem is that the Indian drug regulator is dysfunctional.

The success of Operation Warp Speed depended on many pieces falling in place. One of them was that the FDA would do its two-part job well: provide technical assistance to vaccine-manufacturers during the development process, and assess the shortlisted vaccine candidates for safety and efficacy before approval.

The FDA commissioner at the time, Dr Stephen Hahn, said in an interview that the body would divide these two functions with “a very bright line”. Irrespective of the extent to which the FDA fulfilled this separation, Dr Hahn’s words highlight its importance.

The DCGI’s independence was, and continues to be, called into question on multiple vaccine- and drug-related issues.

On January 3, the DCGI approved Covaxin without phase 3 trial data. Most recently, it attempted to let Bharatiya Janata Party member and East Delhi MP Gautam Gambhir off the hook for illegally stockpiling and selling doses of favipiravir. It couldn’t get away with it – after the Delhi high court called its first investigation “trash” – and had to admit Gambhir’s transgression.

The DCGI has also approved a slew of drugs with highly questionable or no evidence: hydroxychloroquine, favipiravir, itolizumab, tocilizumab, pegylated interferon alpha 2B (a.k.a. Virafin) and 2-deoxy-d-glucose (2-DG). The decisions in each of these cases only benefited the manufacturers, even as the office-holder, currently Dr V.G. Somani, has refused to answer questions. As Madhav Thambisetty, an adjunct professor of neurology at Johns Hopkins University School of Medicine, Maryland, wrote last month:

I have served on FDA advisory committees deliberating approval of medicines such as the recent application for approval of the Alzheimer’s drug Aducanumab. All the material reviewed by the advisory committee (ADCOM) as well as the FDA’s interpretation of the data were made publicly available before the meeting of the ADCOM which was streamed live to the public. A detailed transcript was available to anyone anywhere in the world a few days after the meeting. On the contrary, the proceedings of the DCGI are remarkably opaque, its website provides little information about its meetings, and there is no way to access even the briefest summaries of its deliberations leading to approval of a drug. This is a fertile ground for promoting dubious science and monetising the desperation of patients by selling them drugs that have not passed even a cursory scientific appraisal.

(The monetisation is not speculative: in April 2021 alone, Mumbai-based Glenmark sold Rs 352 crore‘s worth of favipiravir.)

In the Operation Warp Speed schema, the FDA would help vaccine-makers along at different stages of the development process, but fulfil its role as a gatekeeper at the end. (And doing this right precipitated an “existential crisis” for Dr Hahn.) Its independence meant that even if the US government was heavily invested in different vaccine candidates, the FDA wouldn’t approve them if they didn’t meet predetermined safety and efficacy definitions. In fact, Dr Hahn reiterated the importance of this function in the interview by stressing the involvement not of the government but of “federal tax dollars”. But in India, the DCGI isn’t doing its job – or doing it in a way that’s not in keeping with its mandate.

Another complication arising from the DCGI’s failure has to do with the ‘select vaccines’ mentioned earlier, which Operation Warp Speed would favour. These vaccines were selected in a way that allowed the US government to diversify its risk – across two mRNA vaccine candidates and two adenovirus-vector vaccine candidates. India’s ‘Suraksha’, on the other hand, is betting on a vaccine candidate of a single platform. What happens when Corbevax’s phase 3 data isn’t good enough to support safety and efficacy assessments? Can we be sure the DCGI will suspend the approval process and ask for more information, or in fact do anything substantial at all?

This is all what makes the Bio E development bittersweet. To reiterate, the Union health ministry placed an advance purchase order for 300 million doses, at Rs 50 per dose, of Corbevax. This is a positive move, but without a body like the FDA to guarantee that Corbevax will be ‘good’ at the time of approval, we are back to where we still stand with Covaxin. The DCGI won’t reveal how or why it approved this shot; we continue to wait for its phase 3 trial paper. (Bharat Biotech has said it will be out in June 2021; we also await the final results of the bridging trials Serum Institute conducted for Covishield.)

Until the people can be sure that the drug regulator has weighed the evidence properly, India’s Suraksha will stay many steps behind the US’s Operation Warp Speed.