The Uttarakhand Rural Development & Migration Commission (URDMC) recently published a set of recommendations to reduce out-migration from the state. 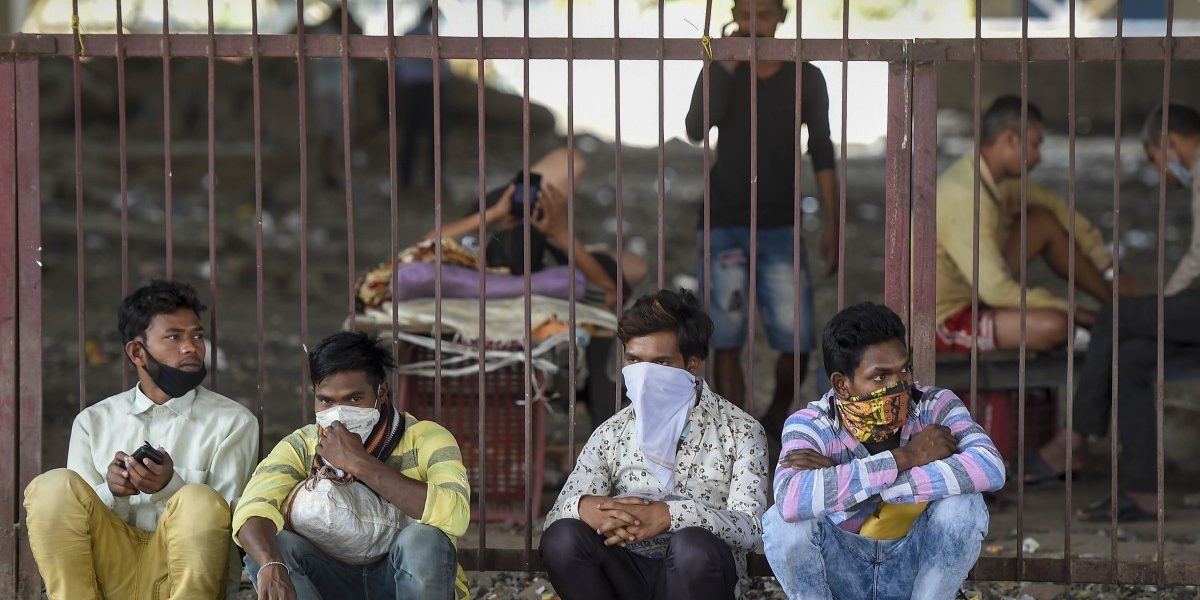 The immediate aftermath of the imposition of the nationwide lockdown in India was defined by images and tales of thousands of migrant workers who had begun to return to their native places from urban centres. While there has been considerable concern expressed at the plight of these workers and the uncertain future they face, the Uttarakhand Rural Development & Migration Commission (URDMC) has recently published a set of recommendations to ensure that the migrant workers who returned to their respective villages due to COVID-19 pandemic stay there permanently.

The nine-page document says that due to the COVID-19 crisis, 59,360 reverse migrants from ten hill districts of Uttarakhand have already returned to their villages from different parts of the country and the world. Many of them belong to ‘ghost villages, which are defined as villages which are not inhabited by a single person but whose land and houses are still there.

According to a report submitted last September by the URDMC, the state had 1,048 uninhabited villages in 2011, which increased by 735 since then.

The state government and the district administrations in these ten hills districts of Uttarakhand need to be alert to ensure that the basic necessities of the returning migrants, especially in ghost villages, are met. The ghost villages have been deserted for years now and thus do not have basic facilities such as water, electricity, road, schools and sewage system.

Many of these ghost villages are currently inhabited and may remain so, at least until the pandemic ends. Different estimates across the globe suggest that social distancing measures may have to be continued for at least another year, until a vaccine is developed for COVID-19. It is yet unclear when economic activities such as construction, which employ a significant number of migrant workers, will be resumed in urban areas.

The URMDC document also mentions that most of these returning migrants were involved in non-permanent jobs such as hotel, restaurants and private organisations. The state of Uttarakhand has substantial prospects in the field of travel and tourism and thus these skilled workers can contribute to the state’s economy in the long term, it says.

Also Read: Interview | ‘At the Stroke of Midnight, Migrant Workers Became Aliens in a Double Sense’

An opportunity to reduce out-migration

The government is looking at reverse migration as an opportunity to reduce out-migration from the state. However, the same document also mentions that only 30% of those who had returned to their villages because of the COVID-19 crisis are willing to stay when the situation returns to normal.

However, if we consider that the estimate that the crisis will continue, even partly, for at least a year, the government of Uttarakhand will have enough time to implement both short term as well as long term policy measures.

The URDMC did a telephonic survey of the returning migrants and asked them why they do not want to stay back in their native places permanently. Apart from reasons such as unemployment, health and educational opportunities, the migrants also mentioned the small landholding size in the state as a key reason. It is believed that agriculture with small landholding size is insufficient for the sustenance of the household.

In Bihar, around 53% of the families have less than three kattha (0.04 hectare) of land. It is these landless and people with marginal landholdings who constitute the majority of migrants from Bihar. But in the case of Uttarakhand, most of the migrants have enough land back in their village to sustain their families if the COVID-19 crisis continues.

It is not just a coincidence that Nitish Kumar is the only chief minister across India who does not want inter-state migrants to return to their home state. The Bihar government knows very well that the state does not have enough resources to ensure the basic needs of the migrants are met. Economist Jean Dreze has already warned that Bihar will be worst affected due to reverse migration. People going to Motihari in Bihar as they have no money to survive on for the next 21 days of lockdown. They say they may take 10 days to reach but cannott stay in Delhi any more. Photo: Shome Basu/The Wire

On April 19, the Centre published a notice asking different state governments to ensure employment opportunities to the migrant labourers who have been stranded due to the lockdown. This, the Union government said, will ensure that they don’t try to return to their native places. In this context, the Uttarakhand government’s recommendations provide interesting insights on how the migrants who have returned can be convinced to remain there.

Among the major recommendation suggested by the URDMC are the immediate formation of district-level, dedicated cells to address the issues faced by the returning migrants, the preparation of a database about the reverse migrants and their skills, and needs. The recommendations include a helpline to access information related to government schemes and opportunities and providing financial support to encourage self-employment in travel-tourism and micro enterprise sector. A special resettlement package for every migrant is also recommended, along with ensuring that basic facilities such as water, school, health centre and road are built in the resettled-ghost villages.

Sanjeev Kumar is a programme manager at TISS, Mumbai. He can be reached at subaltern1@gmail.com.