The father of the survivor has alleged that Asaram was glorified at a prayer meeting held in the prison. 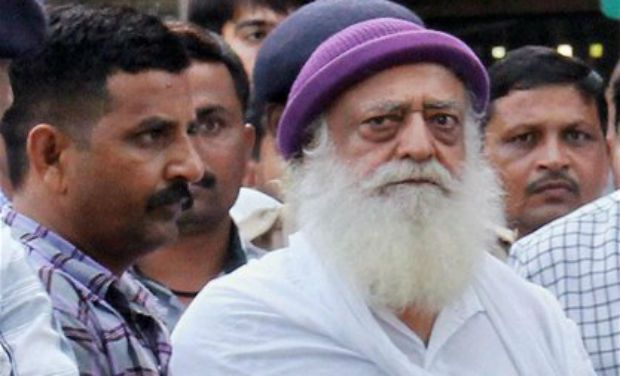 Shahjahanpur: Prison authorities in Uttar Pradesh have ordered a probe into allegations that an event at the district jail glorified godman Asaram, who is serving a sentence for rape.

The rape survivor’s father made the demand following reports that two followers of the self-styled godman had come from Lucknow, distributed blankets and held a prayer meeting in which Asaram’s photograph was placed.

Uttar Pradesh’s Additional Inspector General (Jail) Sharad Kulshrestha has ordered a probe. It will be conducted by the deputy inspector general for Bareilly zone, he told PTI on Wednesday.

Shahjahanpur district magistrate Indra Vikram Singh said a notice has been issued to the jail administration, taking note of news reports. Action will be taken after its reply is received, he said.

Asaram was convicted in April 2018 of raping a Shahjahanpur girl at his ashram near Jodhpur in 2013. He was arrested by the Jodhpur Police on 31st August that year and has been in jail since then.

The girl’s father alleged on Tuesday that Asaram was glorified at a satsang (prayer meeting) held in the prison.

He had said that Asaram’s followers were doing this to refurbish the image of a rape convict, demanding a probe.

Earlier, Shahjahanpur Jail superintendent Rakesh Kumar confirmed the distribution of 75 blankets in the jail, but said they were sent there. According to the other version, the blankets were distributed by Arjun and Narain Pandey, who were earlier lodged in Shahjahanpur jail after being arrested for allegedly killing a witness in a rape case.

The jail superintendent said Pandey had fallen ill and got well after being treated at the prison hospital. When he was released on bail, he pledged to distribute blankets in the jail.

“They had sent the blankets, which were distributed in the jail. The allegation of glorification and a satsang inside the jail is baseless,” Kumar said.

But purported photographs of the jail event and a press note apparently issued by him were sent on a WhatsApp group on Monday, and then deleted.