Amitabh Thakur is critical of the Adityanath government and had hours ago announced that he would float his own political party. 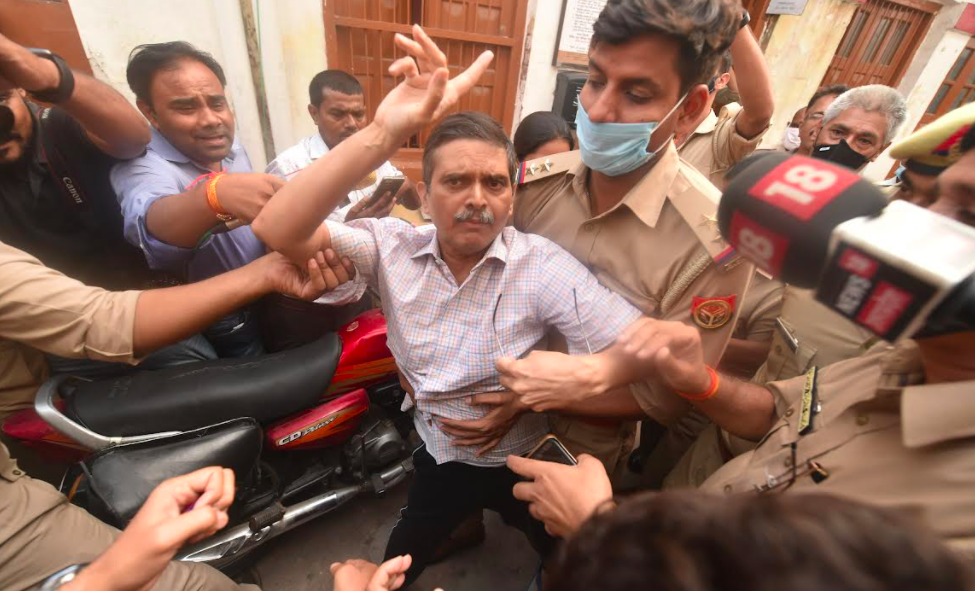 Lucknow: Uttar Pradesh police arrested former Indian Police Service officer Amitabh Thakur on Friday, August 27, in Lucknow. Police have accused Thakur of abetment to suicide of the rape victim and her friend who immolated themselves at the gate of the Supreme Court.

A few hours before his arrest, the retired IPS officer had announced that he would float his own political party, ‘Adhikar Sena’, to contest the assembly polls in Uttar Pradesh.

He had earlier announced that he would contest directly against chief minister Adityanath and said that Uttar Pradesh had become a ‘despotic’ state.

Thakur was at his house in Lucknow’s Gomti Nagar when he was held. His family said personnel dragged him from his house to the police jeep while Thakur asked them to produce and arrest warrant and a copy of the FIR against him.

Nutan Thakur, the former IPS officer’s wife, told The Wire that police “neither showed an arrest warrant and FIR, nor did they intimate the family about the arrest.”

Nutan, who is a social worker, said police did not allow her to meet her husband at the Hazratganj police station either.

Police has claimed that Thakur is a supporter of Bahujan Samaj Party’s Atul Rai, an MP who is now in jail. In May 2019, a woman had said Rai raped her at his house in Varanasi. Rai, who denied it, was arrested a month later in June, 2019 and has been in jail since then.

Police claimed that an FIR against Thakur and Atul Rai was registered on the basis of the report submitted by the special investigation team probing the matter, at the Hazratganj Police Station. 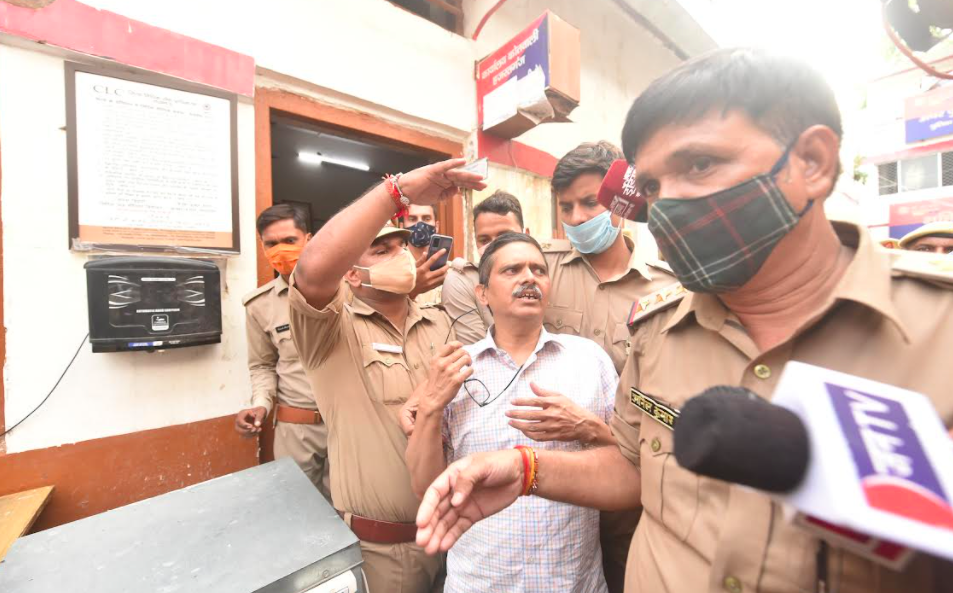 Lucknow Police Commissioner D.K. Thakur told The Wire that Amitabh Thakur has been arrested in the abetment of suicide case. He also said that Atul Rai was found guilty by the SIT, so he has also been booked on the same charges.

The former IPS officer was planning to visit Gorakhpur and Ayodhya on August 21, but the district administration stopped him from going there, citing security reasons. Thakur had claimed that Adityanath was afraid of him and his decision to contest against him.

Journalist Atul Chandra said Thakur’s arrest may have been a matter of law but Thakur being stopped from going to Gorakhpur was clearly unjust.

Former IAS officer Surya Pratap Singh called Thakur’s arrest an example of the “high-handedness” of the Adityanath government. Singh said, “The government earlier forcefully retired Thakur and has now humiliated him by arresting him,” adding that the action was dictatorial and undemocratic of the government.

Thakur was given a compulsory retirement on March 23, in “public interest” by the Union home ministry. In its order, the home ministry said that Thakur, who would have completed his service in 2028, was “not found fit to be retained for the remaining tenure of his service”.

Many believe that Thakur’s plain statements on the Hathras brutality and prediction that the gangster Vikas Dubey would be killed in an ‘encounter’ had irked the ruling Bharatiya Janata Party, which caused his premature retirement.

Thakur had demanded action against the Hathras DM following the brutal gang-rape and murder of a Dalit teenager by four ‘upper’ caste men. He had also publicly said that Dubey, who had killed eight policemen and was arrested from Madhya Pradesh’s Ujjain, would be killed, even before the ‘encounter’ eventually happened.

As Inspector General (IG) of the state Civil Defence department, Thakur had also made corruption allegations which stirred the top cops of the state.