Uttar Pradesh Election Watch and the Association for Democratic Reforms analysed the self-sworn affidavits of 45 of the total 53 ministers, including the chief minister. 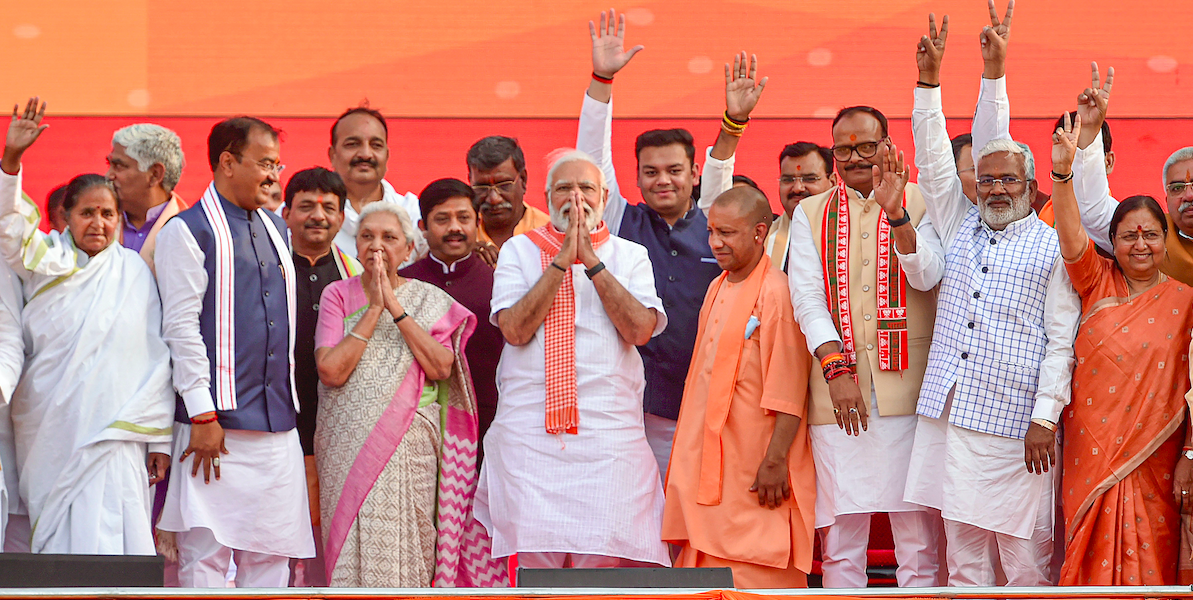 New Delhi: Analysis of affidavits submitted by 45 politicians who were sworn in as ministers in Uttar Pradesh shows that nearly half have declared criminal cases against themselves and most of them face serious charges, poll rights body Association for Democratic Reforms (ADR) said on Saturday.

Uttar Pradesh Election Watch and the ADR analysed the self-sworn affidavits of 45 of the total 53 ministers, including the chief minister. The affidavits of eight Sanjay Nishad and Jitin Prasada were unavailable for analysis on the election commission’s website at the time of bringing out this report, while details of ministers J.P.S. Rathore, Narendra Kashyap, Dinesh Pratap Singh, Dayashankar Mishra Dayalu, Jaswant Saini and Danish Azad Ansari were not analysed as they are currently not members of either the state assembly or the legislative council.

Notably, chief minister Adityanath declared that there were no cases against him. During his previous term, the UP government withdrew cases – including one for hatespeech – against Adityanath.

As per his affidavit, Mayankeshwar Sharan Singh from the Tiloi constituency has declared the highest total assets, worth Rs 58.07 crore. Dharamveer Singh, an MLC is the minister with the lowest declared total assets, at Rs 42.91 lakh.

ADR said that nine (20%) ministers have declared their educational qualification to be between Classes 8 to 12 while 36 (80%) ministers are graduates and beyond.