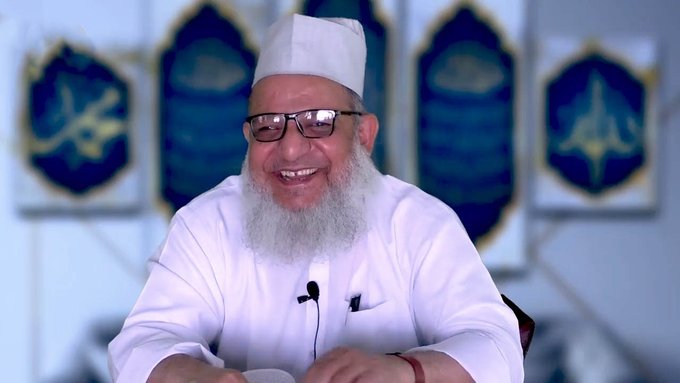 Siddiqui was arrested by the ATS at around 9 pm on Tuesday, September 21, and was brought to the agency’s headquarters in Lucknow after being produced in a court, Additional Director General (ADG), Law and Order, Prashant Kumar said.

NewsClick has reported local residents as having said that the scholar was arrested “illegally” and without any warrant. The report also mentions that he was allegedly picked up without his family having been informed, leading them to search for him for 24 hours before learning from police that he had been arrested.

He was arrested three months after Delhi’s Jamia Nagar residents Mufti Qazi Jahangir Alam Qasmi and Mohammad Umar Gautam were apprehended by the ATS on June 20.

Qasmi and Gautam were running Islamic Dawah Centre, an organisation for deaf and mute students which officials claimed were involved in conversion operations.

The ATS has so far arrested 10 people in connection with this alleged “conversion racket” case, Kumar said.

Siddiqui is a resident of Muzaffarnagar. After doing a BSc from Meerut, he cleared Pre-Medical Test (PMT) but instead of pursuing MBBS he joined Nadwatul Ulema in Lucknow, he added.

Kumar said that Siddiqui’s various educational, social and religious organisations were a garb. “Foreign funding was done for this (conversion) in a big way and the illegal conversion was being carried out in a planned and organised way and many well-known and institutions are involved in it,” the ADG said.

Indian Express has reported that Siddiqui’s YouTube channel, which has 1.15 lakh subscribers, has dozens of videos in which he talks about religion and social issues.

Abubakr Sabbaq, Siddiqui’s lawyer, has tweeted that the ATS attaching his Youtube channel – that was already in public domain – as evidence reveals the lack of seriousness of the allegations against him.

The fact that ATS has attached Maulana Kaleem Siddiqui’s Youtube channel – that was already in public domain – as evidence itself reveals the seriousness of the allegations against him. There is nothing incriminating or against the nation in these videos.

Late on September 23, Sabbaq noted that Siddiqui has been sent to 10 days of police remand. “Until yesterday, court said there was no ground for PR, now all of a sudden there are ample grounds to give 10-day remand. Who’s succumbing to whose pressure, only Allah knows,” he wrote on Twitter.

The UP ATS’s arrests in the alleged conversion racket has also prompted an Enforcement Directorate investigation into alleged foreign funding and money laundering.

Aam Aadmi Party MLA Amanatullah Khan, too, said the arrest was testament to the fact that atrocities on Muslims was increasing under BJP rule.

Note: This report has been updated with Siddiqui’s lawyer’s tweet.