Amar Dubey was reportedly a part of Vikas's security team. 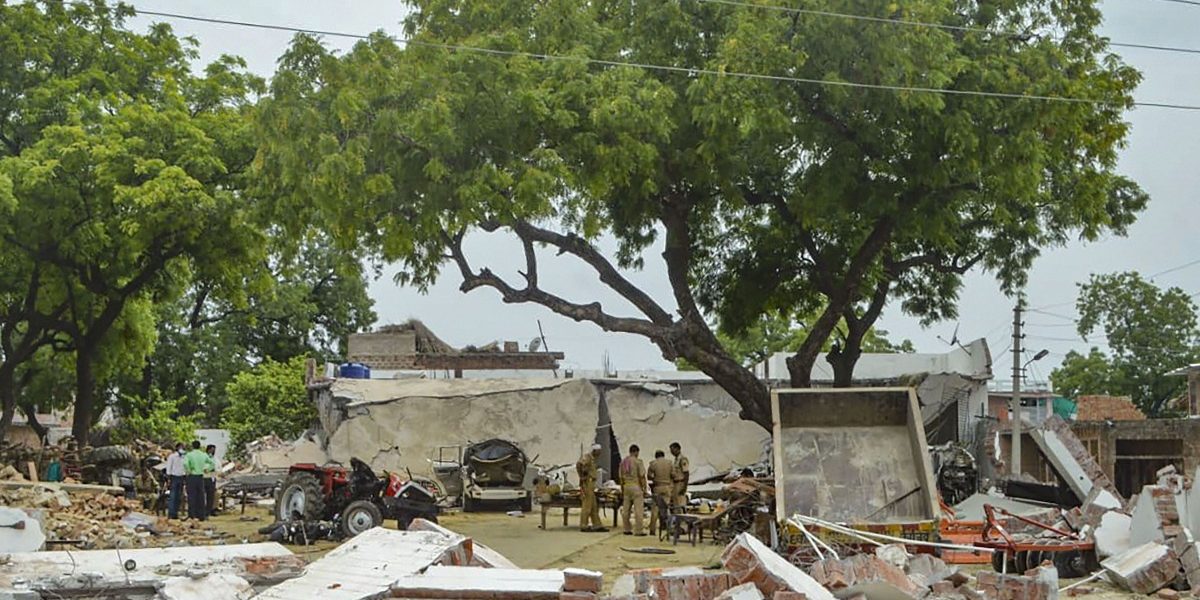 New Delhi: The Uttar Pradesh Special Task Force (STF) on Wednesday killed an aide of gangster Vikas Dubey who was involved in an ambush in Kanpur last week in which eight policemen died, a senior officer said.

He is the third member of Vikas’s gang to be killed in an encounter with the police.

Amar Dubey, who carried a reward of Rs 25,000, was killed in an encounter in Maudaha village in Hamirpur district, STF IG Amitabh Yash told PTI.

Eight policemen were ambushed in Bikru village in Chaubeypur area of Kanpur when they were going to arrest Vikas Dubey and fell to bullets fired from rooftops shortly after midnight on Friday.

Vikas, the notorious criminal who carries a reward of Rs 2.5 lakh, is still absconding. “We are trying to nab him and our teams are on the job,” a police officer said.

According to sources, Amar was involved in the security of Vikas and travelled with him wherever he went.

Earlier, police had killed Prem Prakash Pandey and Atul Dubey in an encounter in Kanpur on Friday. The UP police, particularly under the Adityanath-led BJP government, has been known for its ‘encounter raj’, killing criminals in alleged encounters before a proper trial or conviction.

Agnihotri was arrested on Sunday after an encounter in which police shot him in the leg.

On Tuesday, all 68 personnel of the Chaubeypur Police Station were shunted to the reserve police lines amid doubts over their professional integrity

The announcement was made soon after police transferred Anand Deo, DIG STF, who till recently was the Senior Superintendent of Police in Kanpur. Deo was transferred to the Provincial Armed Police (PAC) unit in Moradabad.

Deo was the Kanpur SSP in March when Deputy Superintendent of Police Devendra Mishra purportedly wrote a damning letter, which surfaced on the social media after he was killed in the Bikru ambush.

Mishra’s letter to the then Kanpur SSP alleged that Chaubeypur station officer Vinay Tiwari had watered down an FIR lodged against the gangster. It suggested that Tiwari and Dubey were close. The letter was sent in March, but is being probed only now.

Police have named 21 people in the FIR registered after the attack. The FIR also mentioned 50-60 unidentified people.

Earlier, the Kanpur Police had released the photos of 15 criminals including Amar Dubey who were said to be close to Vikas Dubey. Posters carrying the pictures of the alleged criminals, most of them carrying a reward of Rs 25,000 for their arrest, were put up at road toll plazas, including those in Unnao, Kanpur Nagar, Auraiya, Fatehpur and areas near the India-Nepal border.

Several reports have revealed how Vikas Dubey has been close to politicians and the police in Kanpur for decades, and was let off scot-free despite the numerous heinous crimes he committed. In 2001, for instance, he shot a BJP leader dead inside a police station, in the presence of police officials. But all the witnesses turned hostile and he was acquitted.