Noida SSP Vaibhav Krishna, who wrote the letter, said "morphed" videos of him are being circulated to defame him. 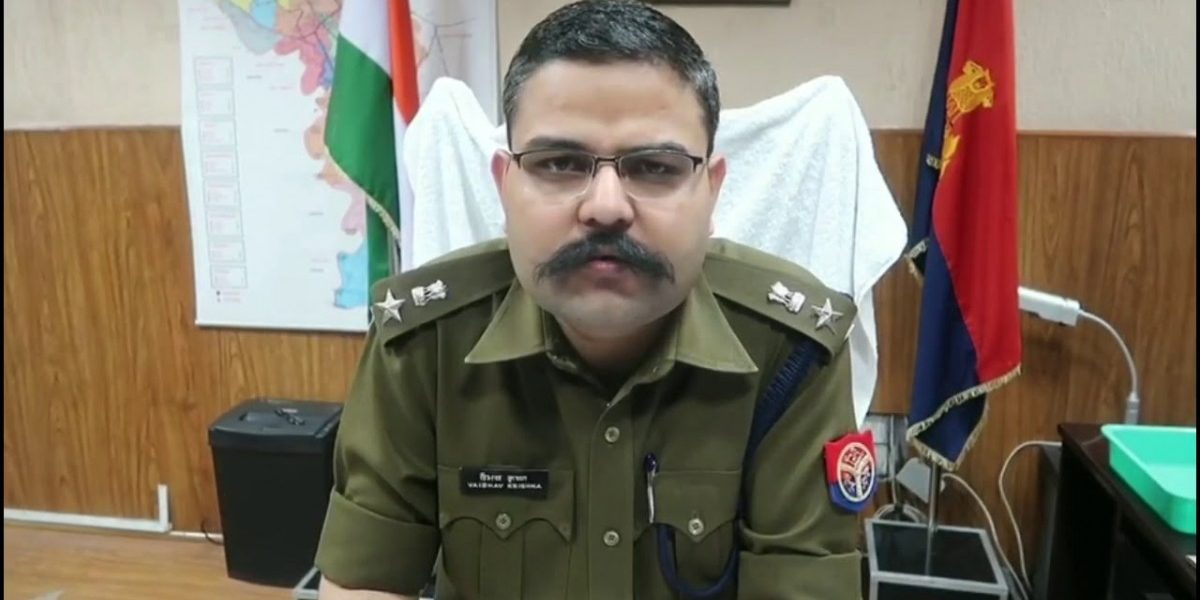 New Delhi: Tensions are brewing with the Uttar Pradesh police after Noida senior superintendent of police Vaibhav Krishna held a press conference to allege that he had been “morphed” to sex chat videos after he complained to the chief minister’s office about a bribery racket around police postings.

Krishna has said that he has given the CMO recordings of phone conversations between police officers in charge of postings and journalists acting as middlemen for the transfer seekers, according to the Telegraph. Krishna, however, has not named any of the police officials involved or said where the recordings came from.

On Friday morning, a number of journalists received a copy of the letter Krishna sent the CMO. The letter mentions that details of graft had emerged during the investigation of a case in which four people, some claiming to be journalists, were arrested in Noida on August 23, 2019.

Uttar Pradesh DGP O.P. Singh on Friday said an explanation has been sought from Krishna on the leaking of his purported confidential letter to the state government.

At a hurriedly convened press conference in Lucknow, the Director General of Police said the SSP Noida has been given 15 days to explain whether he had flouted service rules by leaking out the missive. Singh said the Inspector General of Meerut Range has been asked to investigate the matter. The DGP, however, declined to comment on the contents of the leaked letter.

Meanwhile, the Congress party demanded a judicial inquiry into the functioning of all government departments of the state alleging large-scale corruption in the UP Police.

Watch: Interview | In UP, the Police Have Set a New Low: Harsh Mander

Congress’s state unit president Ajay Kumar Lallu said an impartial inquiry into the case would expose some big names and bring out the “reality” of the BJP government in UP.

“The entire state is troubled by corruption and bribery. Complaints in this regard are received on a daily basis. Judicial inquiry should be conducted into the working of all the departments so as to rid the people of these problems,” Lallu said in a statement in Lucknow.

Earlier in 2019, Noida SSP Krishna had alleged corruption in the ranks of UP Police, including serious charges of bribes for postings, and involves names of private persons with political connections. The Noida police chief had also sent a report on some “very sensitive cases” related to corruption a month ago to the chief minister’s office in Lucknow.

On December 30, the Gautam Buddh Nagar district administration had announced booking 128 members of three criminal gangs under the stringent UP Gangsters and Anti-Social Activities (Prevention) Act, 1986 and initiated proceedings to attach their properties, in a bid to block their funding.

The decision was taken on the basis of a report prepared by the Noida police and the accused included kingpins of gangs involved in contract killing, extortion and various contracts relating to private businesses in Gautam Buddh Nagar.

DGP Singh on Friday also said that the probe into an objectionable video of the Noida SSP has been handed over to the SP of Hapur. The Noida police had earlier described the three purported clips as “morphed” and a conspiracy to defame the image of SSP Krishna.

Surya Pratap Singh, a retired IAS officer from the UP cadre, told the Telegraph that he endorsed Krishna’s view. There was a similar racket involving IAS transfers, he said.