UP Government Sacks Dr Kafeel Khan, He Says He Will Go to Court 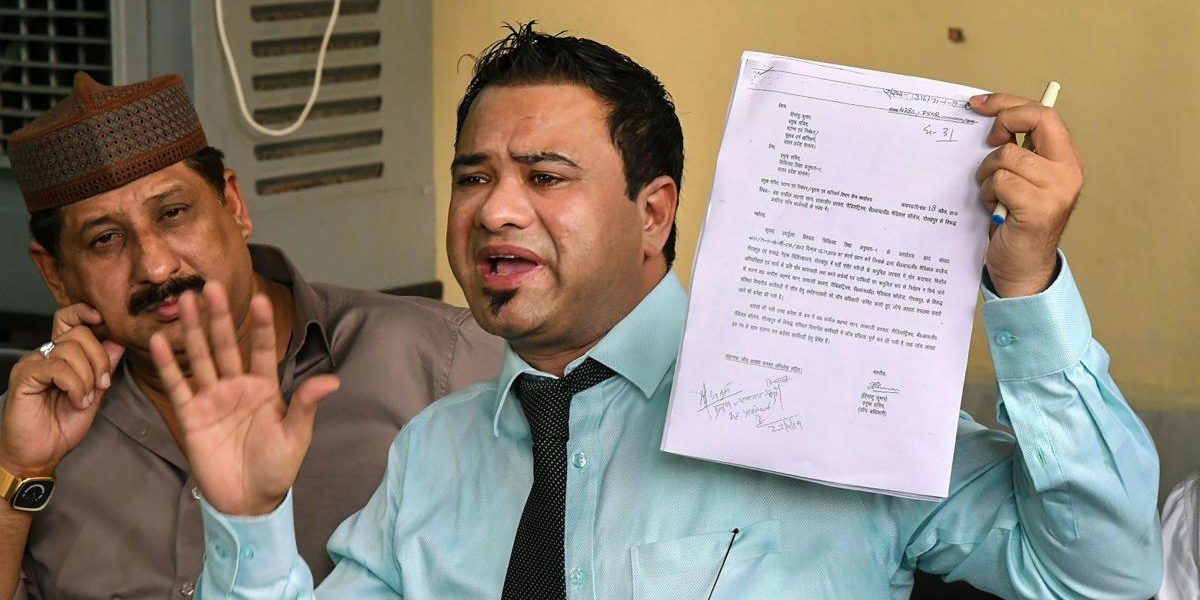 New Delhi: Paediatrician Dr Kafeel Khan of Gorakhpur’s BRD Medical College and Hospital, who had been suspended in 2017 after the death of 70 children due to oxygen shortage, has been dismissed.

Dr Khan has been sacked after being found guilty in the probe into the circumstances leading to the death of children in the hospital, UP Principal Secretary (Medical Education) Alok Kumar said. As the matter is sub judice, the detailed information about Dr Khan’s dismissal will be given to the court, Kumar added.

Dr Khan had been attached to the office of Director General Medical Education (DGME) after his suspension on August 22, 2017, in the wake of the children’s death during the month.

Reacting to the report of Dr Khan’s dismissal, Congress general secretary Priyanka Gandhi Vadhra termed his dismissal as malice-driven and aimed at harassing him.

In September 2019, a UP government inquiry had absolved Kafeel Khan of any negligence.

Principal Secretary (Stamp and Registration) Himanshu Kumar, who investigated Khan’s case had absolved him of any medical negligence but an advisor to Chief Minister Yogi Adityanath had said the inquiry had not disproved the charge that the doctor also ran a private practice.

“It is not right to say that Dr Kafeel Khan got a clean chit in the departmental inquiry. He has made a wrongful conclusion of the report,” CM’s advisor Mrityunjay Kumar had said in a statement.

The government had later constituted another committee to investigate the matter.

Expressing surprise over the reports of his dismissal, Dr Khan said he does not know how he has been terminated although, he claimed, the UP government had submitted to the Allahabad High Court on August 6 this year that it has decided to withdraw the second inquiry started on February 22, 2020.

The UP government had sought to withdraw the order for a second enquiry after the high court had questioned the rationale of ordering it after a delay of 11 months after the first enquiry report by Himanshu Kumar was submitted on April 15, 2019, claimed Dr Khan.

With the withdrawal of the order for a second enquiry, the findings of the first enquiry still survive, he argued, asserting that in the first enquiry, he had been absolved of all charges, including those of corruption and medical negligence.

Principal Secretary Alok Kumar had on Wednesday released a statement about my termination from the BRD Medical college, he said, adding he, however, has not received any termination letter as yet.

“They have no authority to terminate me. They should have taken orders from Uttar Pradesh Public Service Commission (UPPSC) (to suspend me),” he asserted.

The government has ordered my termination on November 10 despite the fact that the court had asked it on August 6 to explain within two days why I have been kept under suspension for four years despite seven other co-accused in the case have been reinstated, Dr Khan alleged.

He also said that even on Wednesday, the government had not told the court about his termination.

On November 10, 2021, there was a date in the court but the government did not submit any paper regarding my termination. The next court date is on December 7, 2021. I have no hope of justice from this government, Dr Khan added.

After Kafeel’s dismissal, Congress general secretary Priyanka Gandhi, in a tweet in Hindi, said, “Dr Khan’s dismissal is driven by malice. Motivated by a hate agenda, the government is doing all this to harass him.”

“But the government should keep in mind that it is not above the Constitution. The Congress party is with Dr Khan in his fight for justice,” she said.

In August, the Allahabad high court had quashed charges and criminal proceedings against Khan based on a speech he delivered during the anti-Citizenship (Amendment) Act protests at Aligarh Muslim University.

As The Wire has reported before, the Uttar Pradesh police has filed a number of cases and even arrested Khan on two occasions for his dissenting opinions and speaking out against government policies.