UP Suspends District Magistrate, Five Others for 'Negligence in Cow Protection'

Funds meant for fodder and cattle management were misused at a cow shelter. 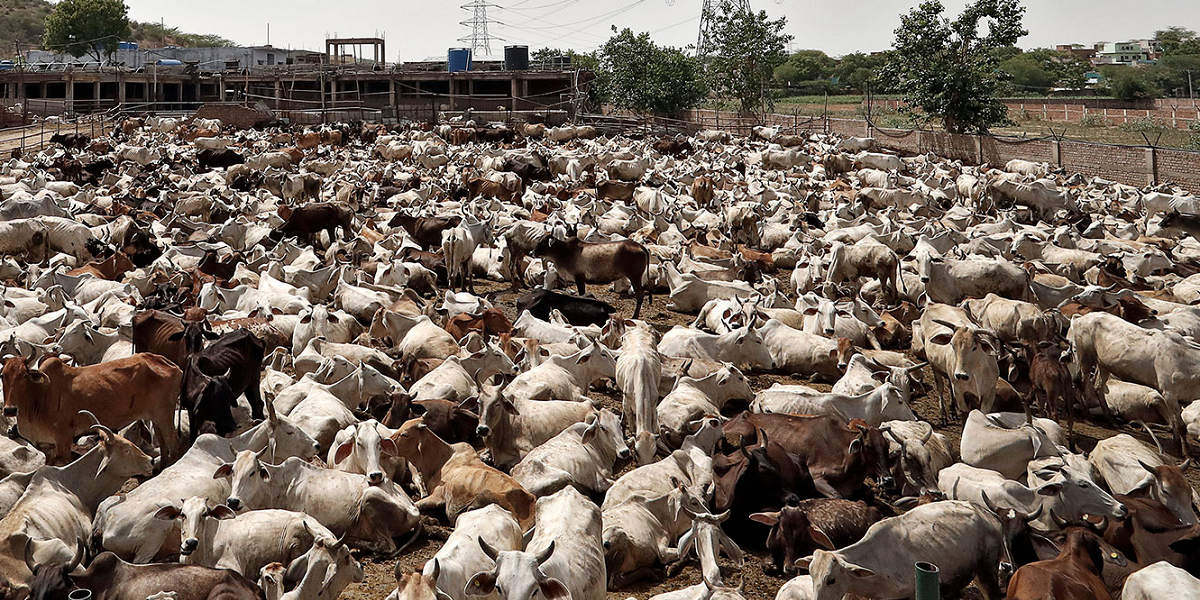 New Delhi: The Uttar Pradesh government on Monday suspended the district magistrate (DM) of Maharajganj and five other officials for “negligence in cow protection”, according to a statement.

Addressing a press conference, chief secretary R.K. Tiwari said that the action was taken after the government received continuous complaints of negligence in the upkeep of stray cows in Madhvaliya cow shelter in Nichlaul tehsil of Maharajganj district.

According to the Indian Express, the chief secretary said that the number of cattle in the shelter was deliberately increased on paper to misuse government funds meant for fodder and maintenance of cattle. After an inquiry, the shelter was found to have just 954 cows but claimed to have 2,500.

Tiwari said that the officials were unable to explain why there was a mismatch in the number of cows sheltered. “Serious negligence on the part of local officials was found,” he said. According to the Indian Express, the chief secretary added that the shelter did not have a proper record of expenditure on fodder or other expenses.

The DM was also the chairman of the working committee of the cow shelter while the other suspended officers were its members.

The inquiry also showed that 328 acres of land, owned by the animal husbandry department and meant for the cow shelter, was illegally leased out to private individuals. “There is no such provision of lease, nor is the cow shelter committee authorised to make any such transfer,” Tiwari said, according to the Indian Express.

The chief secretary said that the government has directed an FIR to be registered in the matter and will also conduct an audit to investigate if any other anomalies could be found in the operation of the shelter.

Tiwari added, “The government has top priority towards cow and its progeny and clean administration is also a top priority. Thus, these officers have been suspended with immediate effect after they were found prima-facie guilty in the inquiry.”

According to reports, Ujjwal Kumar, the municipal commissioner of Prayagraj, was appointed as the new DM of Maharajganj.