Unlike in Gujarat, EC Did Not Delay Assembly Polls in Flood-Affected Jammu and Kashmir in 2014 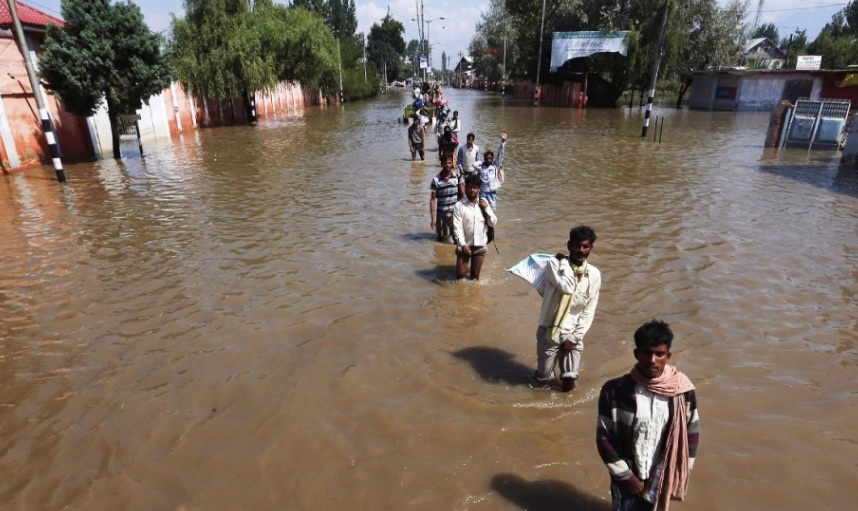 New Delhi: The Election Commission had delayed the announcement of Gujarat poll dates taking the plea the model code of conduct would hamper flood relief work. The model code of conduct which comes into effect as soon as the poll dates are announced, bars the government from announcing any new policies or packages. At a press conference in October, the EC announced the dates of Himachal Pradesh poll but left the Gujarat schedule out even though the terms of the two state assemblies were to expire within two weeks of each other.

Opposition parties had then alleged that the delay was motivated by electoral strategy. They had accused the Bharatiya Janata Party of using the pretext of flood relief work to enable Prime Minister Narendra Modi to announce more sops for Gujarat.

Documents accessed by the Indian Express through an RTI application however have now revealed that the EC had not applied the same yardstick for Jammu and Kashmir. Like Gujarat, Jammu and Kashmir was hit by severe floods three months ahead of the state’s assembly polls in 2014.

The floods in Jammu and Kashmir that year was said to be the worst in decades, killing 300 people and affecting thousands of citizens. But the EC, then headed by V.S. Sampath, however had decided not to delay the elections. The reason was simple – the model code of conduct did not apply to flood relief work. Polls in Jammu and Kashmir were held it in five phases between November 25 and December 20. On November 5, 2014, the EC wrote to the cabinet secretary, Jammu and Kashmir chief secretary and the state’s electoral officer informing them that the model code of conduct had been relaxed and that flood relief work  could continue without the EC’s prior approval. It also permitted “all emergent relief works and measures that are aimed to mitigate the hardship, directly and solely, of the persons affected by the flood,” said the Indian Express report.

It must also be pointed out in this context that unlike in the case of Gujarat, there had been no official request from the Jammu and Kashmir chief secretary seeking a delay in poll announcement.

This year, the Gujarat chief secretary had written to the EC asking for time to complete flood relief work. “We have received a representation from them (Gujarat government) that there have been unprecedented floods in July and relief work could only start in September… They have suggested that the model code of conduct should be imposed for a reasonable time, so that they do not face problems in carrying out relief and rehabilitation work,” Chief Election Commissioner A.K. Joti said on October 12 when announcing the election dates for Himachal Pradesh.

According to government records as well as officials in charge of disaster management however, most of the flood relief operations were complete before October 12.