Union Budget 2022: The Concerns and Numbers Don’t Square Up

This year's budget speech announced a plethora of schemes but has landed itself in a variety of contradictions. 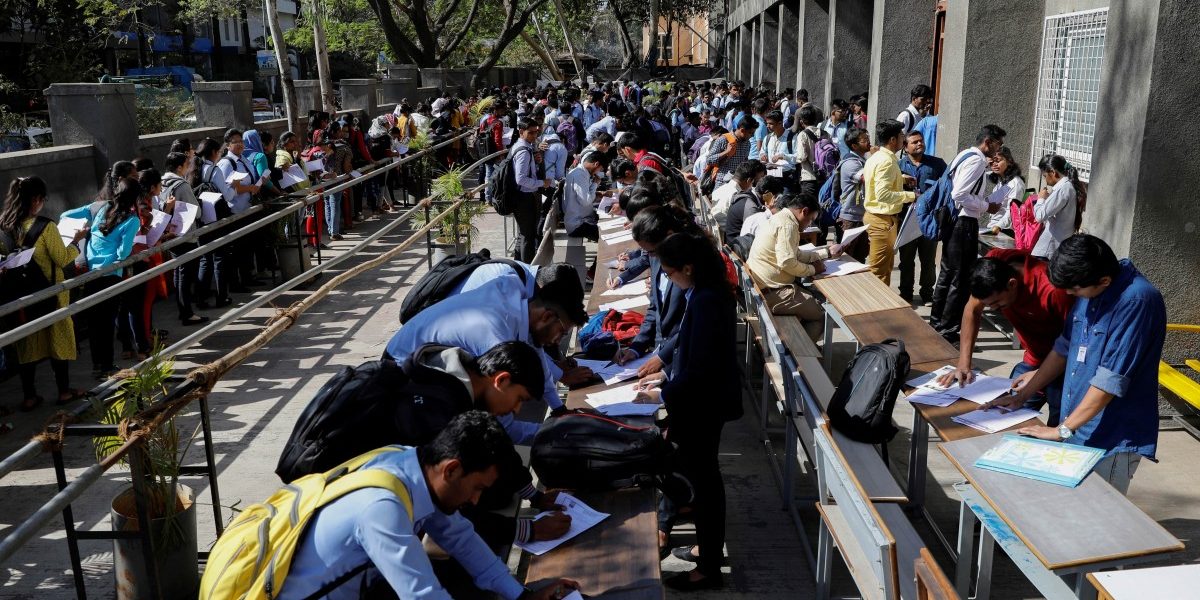 Much was expected from the Union Budget 2022 which has come at a time when the Indian economy is facing an economic turmoil due to the coronavirus pandemic and battling widespread unemployment and inflation.

High hopes were pinned on this year’s budget as the country saw young people protesting for Railway jobs, farmers protesting for the government to address their loss of incomes, micro-sector producers as they faced closures and PSU workers as they fear loss of jobs due to privatisation. It was expected that the Union Budget would give some relief to these sections by promoting employment in these sectors.

Finance minister Nirmala Sitharaman in her speech promised to take care of all these issues, however, the budget numbers suggest that the promises are unlikely to be kept. Allocations have to justify the pronouncements.

The budget number of Rs 39.45 lakh crore is based on an 11.1% increase in GDP. But, if the growth projected for the next year is 8.5%, that implies that the inflation rate would be just 2.6%. This is most unlikely given that the inflation is currently at about 5.5% and, it may jump if increased prices in the health and education sector are to be factored in. It is also likely to remain at elevated levels due to high energy prices globally. In other words, the figure of total expenditures is not credible.

Thus, neither the aggregate expenditure nor the capital expenditures promise to boost growth and employment generation.

Further, the allocation to MGNREGA is cut back to Rs 73,000 crore from the revised estimate of Rs 98,000 crore this year. It needed to be stepped up substantially given the increasing demand for work due to high rates of rural job loss due to the COVID-19 pandemic. Further, the allocation in labour intensive sectors such as rural development and agriculture and allied activities show little rise or an actual decline when adjusted for inflation. Thus, this investment pattern will not lead to the boost required in employment generation.

Education does see an increase in allocation but this is not being used to hire more teachers, despite around 11 lakh pending appointments of teachers about which the budget makes no reference. The allocation will go towards expansion of “one class-one TV channel” from 12 to 200 in different languages. While this measure is commendable, students also need teachers. If the average student was capable of learning on their own, then there wouldn’t have been any issue, however, that is not the case.

Surprisingly, the health expenditure has seen only a slight increase, but in real terms, it has remained stagnant, despite the pandemic having exposed the woeful inadequacy of our health infrastructure.

Both the health and education sectors can generate employment but that does not seem to be the plan of the government this year. Finally, the low hanging fruit would have been to accelerate filling up the vacancies in government jobs.

This year’s budget speech announced a plethora of schemes but has landed itself in a variety of contradictions. On the one hand, it talked of privatisation while on the other, it promised more investment in the public sector. Similarly, it also spoke of encouraging growth of cities and mega cities and a massive increase in urbanisation while talking of protecting the environment. Everyone knows that cities are guzzlers of energy and resources. One has to have a policy of creating smaller cities and not mega cities. How that is to be achieved requires planning, which is not in evidence.

In brief, the budget lacks coherence, does not take care of the current problems faced by the people and does not seem to be credible even though it promises something to everyone.

Arun Kumar is Malcolm Adiseshiah Chair Professor, Institute of Social Sciences. He is the author of Indian Economy’s Greatest Crisis: Impact of the Coronavirus and the Road Ahead, Penguin Random House, 2020.