Ambedkar is Losing, Modi is Winning

Recent events show that Babasaheb Ambedkar’s fears of democracy giving way to dictatorship if the authority of its leaders remains unchecked may not have been unfounded. 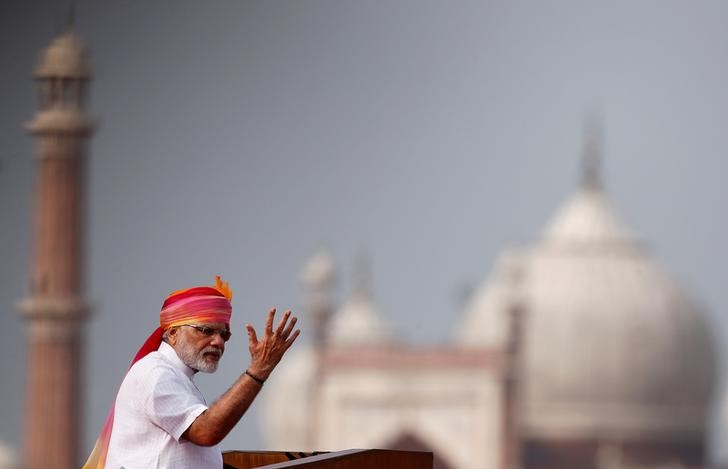 The state of the nation demands a deeper understanding of the constitution of India. The constituent assembly debates provide the best insight into this document, which Babasaheb Ambedkar described as “a fundamental document”. He said, “In fact, the purpose of a constitution is not merely to create the organs of the state but to limit their authority because if no limitation was imposed upon the authority of the organs, there will be complete tyranny and complete oppression. The legislature may be free to frame any law; the executive may be free to take any decision, and the Supreme Court may be free to give any interpretation of the law. It would result in utter chaos”.

Events that have unfolded over the last couple of months may justify these fears. Ater laying the foundation stone of the Ambedkar Memorial in March 2016, Prime Minister Narendra Modi said that, “Baba Saheb was the guardian of human values” and that, “If you make a list of founding fathers whose ideas are most relevant today, Baba Saheb will be right at the top”. He further called upon the nation to unite, saying that, “The time has come when we must once again strengthen the unity of our society. And we can learn about this from Baba Saheb”. He tweeted on November 27 that “To strengthen our democracy it is important for people to know about the aspects of our constitution” and committed himself to India’s constitution in his speech in the Lok Sabha.

But is the executive under Modi really adhering to the constitution as envisioned by Ambedkar and his colleagues in the constituent assembly? It would appear not.

Ambedkar, in defending the special status of the minorities under the constitution had forewarned, “To diehards who have developed a kind of fanaticism against minority protection, I would like to say two things, one is that minorities are an explosive force which, if it erupts, can blow up the whole fabric of the state. The history of Europe bears ample an appalling testimony to this fact. The other is that the minorities in India have agreed to place their existence in the hands of the majority… It is for the majority to realise its duty not to discriminate against minorities…”

Actions and inactions by the BJP, its allies and the executive since the 2014 elections demonstrate to the contrary. The fight against Islamic terrorism must be with full force but not against the community.

Ambedkar laid emphasis on constitutional morality, which, borrowing from George Grote, he described as “A paramount reverence for the forms of the constitution, enforcing obedience to authority and acting under and within these forms, yet combined with the habit of open speech, of action subject only to definite legal control, and unrestrained censure of those very authorities as to all their public acts…” But he also said, “Constitutional morality is not a natural sentiment. It has to be cultivated. We must realise that our people have yet to learn it. Democracy in India is only a top-dressing on an Indian soil which is essentially undemocratic”.

Does the government understand and practice constitutional morality? Subversion of institutions like the Reserve Bank of India, Central Vigilance Commission and Central Bureau of Investigation, coupled with attempts to undermine the judiciary and the parliament, say otherwise. The current atmosphere of fear, and attacks on freedom of speech and expression, raise serious issues.

Ambedkar had stressed, “The draft constitution in recommending the parliamentary system of executive has preferred more responsibility to more stability,” as according to him, “in England, where the parliamentary system prevails, the assessment of the executive is both daily and periodic”. Modi’s steadfast refusal to make a statement in the Lok Sabha is destructive of parliamentary democracy. Under Article 75 of the constitution, the prime minister and his council of ministers are, “collectively responsible to the house of the people”. By choosing to announce demonetisation through the electronic media, and then subsequently addressing the policy in public rallies, Modi has shown a complete disregard for the house of the people.

Demonetisation has negated the fundamental and constitutional rights of India’s 1.3 billion people. Such large-scale violations are unprecedented. The right to life is sacrosanct and includes the right to live with dignity and the right to a qualitative life, as the Supreme Court has stated time and again. Modi himself tweeted on November 27 that, “Dignity for Indians and unity for India ….this is what our constitution is about”.

By forcing every Indian, and not just the black marketers and counterfeiters, to stand in queues to withdraw hard earned money, our elected government has insulted us all. The right to life has been extended by the Supreme Court to include rights to privacy and reputation, social justice and economic empowerment. Citizens have been temporarily deprived of property by a single fiat, even though the constitution says this can only be done with the authority of law. Countless have died, been rendered jobless, hungry and homeless. Is this a democratic act?

Ambedkar had wondered if India would lose the democratic system, “But it is quite possible in a country like India – where democracy from its long disuse must be regarded as something quiet new – there is danger of democracy giving place to dictatorship. It is quite possible for this new borne democracy to retain its form but give place to dictatorship in fact. If there is a landslide, the danger of the second possibility becoming actuality is much greater”.

But, most shockingly of all, the RBI as the central bank, has been reduced to cipher. Fiscal policy has become political and the finance ministry redundant. But it is the concerted attack on institution after institution by the Modi government that raises serious concerns.

The parliament and the cabinet have been turned into a mere formality. Judiciary, the last hope for the people, appears seriously weakened. It is not easy for the victims of police and investigative agencies to get any relief against wrongful detentions and prosecutions. It appears soft on the political class as reflected in the Birla-Sahara judgment of the apex court passed on January 11. Educational institutions and educational policies are routinely tampered with. Fear is in the air and hatred seems to be the new catchword for love. Unlike the US, where from Hollywood to the Silicon Valley and from the judiciary to the media, have all stood up to challenge Donald Trump, in India, there is a clear ‘conspiracy of silence’. What does this tell us? India is trying to find a new form of governance far away from being truly democratic. All this does not augur well for India liberated after a long struggle by our forefathers.

India has moved away from constitutional democracy to populist democracy. Ambedkar is losing. Modi is winning.

But this is the time to remind ourselves of the profound warning given by Ambedkar on the towering leaders of the future, “The second thing we must do is to observe the caution which John Stuart Mill has given to all who are interested in the maintenance of democracy, namely, not to lay their liberties at the feet of even a great man, or to trust him with powers which enable him to subvert their institutions… This caution is far more necessary in the case of India than in the case of any other country. For in India, bhakti or what may be called the path of devotion or hero-worship, plays a part in its politics unequalled in magnitude by the part it plays in the politics of any other country in the world. Bhakti in religion may be a road to the salvation of the soul. But in politics, bhakti or hero-worship is a sure road to degradation and to eventual dictatorship.”

What will be the destiny of our nation, we don’t know, but we, the people, must decide that.

Dushyant Dave is a senior advocate of the Supreme Court of India.