It seems that UIDAI authorities overlooked making special arrangements or exceptions for people with disabilities. 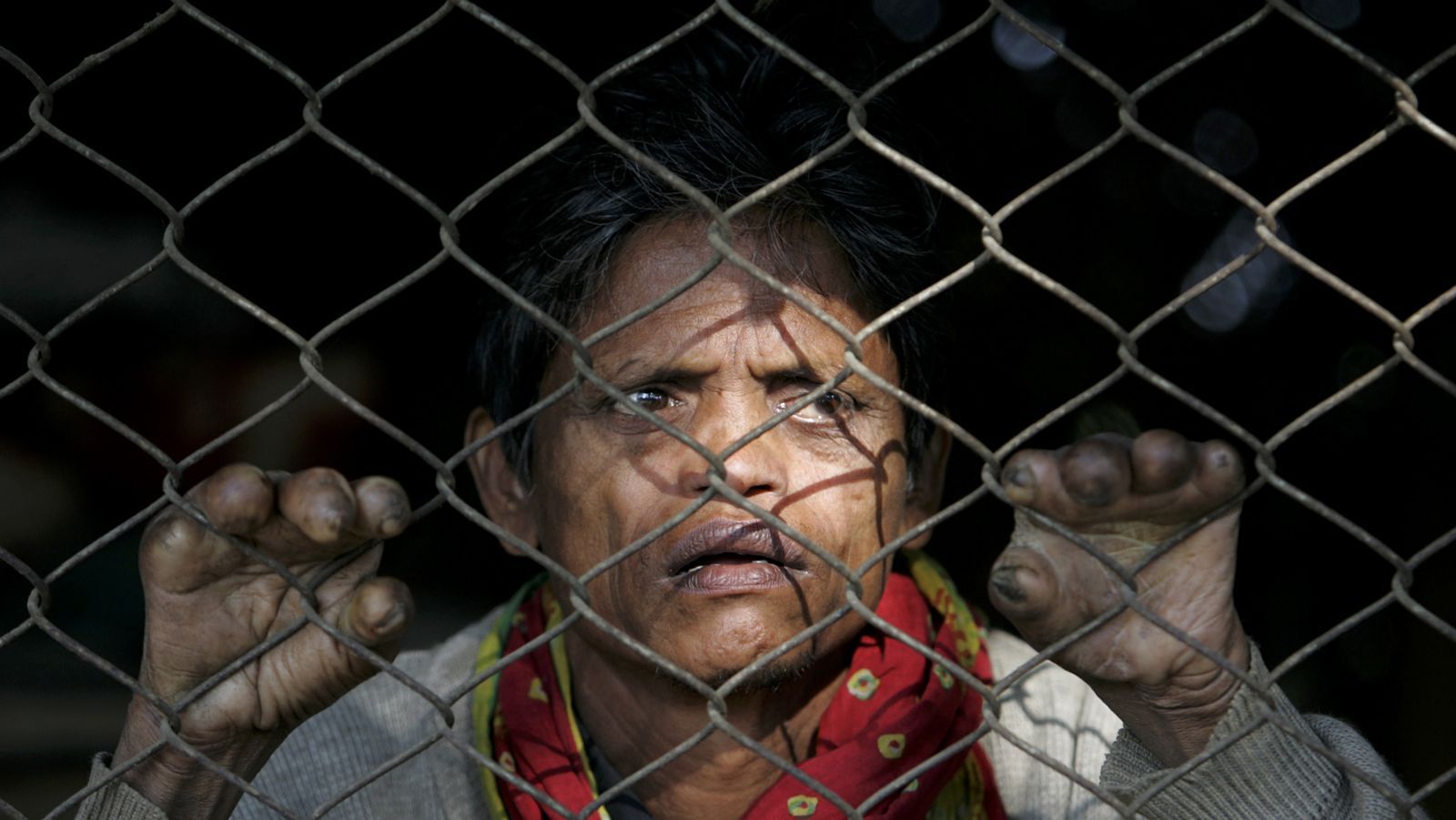 New Delhi: Sixty-five year old Sajida Begum, a leprosy patient at the Leprosy Hospital on Magadi Road in Bengaluru, has been struggling to make ends meet as she doesn’t have an Aadhaar card.

According to a report in the New Indian Express, Sajida, whose only income is the Rs 1,000 pension she gets every month, has received  a letter from the deputy tahsildar’s office in Rajajinagar informing that her pension would stop in seven days if she failed to link it with her Aadhaar card. Fingerprint and iris scan are mandatory for Aadhaar verification, but having lost her fingers and her eyesight to leprosy, Sajida doesn’t have those biometrics.

Dr Ayub Ali Zai, administrative medical officer at the 100-bed leprosy hospital said that out of the 57 patients, at least ten of them don’t have an Aadhaar card.

There is lack of clarity on how leprosy patients can register for their unique identity number.

Zai told the Express on Saturday that he wrote to the Unique Identification Authority of India (UIDAI) officials asking them to exempt her from biometric verification considering her problem.

“She buys clothes and meets her meagre needs with that money. But since August, she hasn’t received pension. She is totally blind in both the eyes, has no fingers or toes. I don’t know how her biometric identification can be done. We don’t know if this is just an administrative delay in sending pension or if they have stopped it,” he said.

Another patient in the hospital has been making futile visits to the Aadhaar enrolment centre to get a card for him and his wife who is also a leprosy patient. He claims people at the Bangalore One centre sent him back saying that they cannot enrol her. When contacted by the Express, officials at the centre said if the patient came with a medical certificate affixing a photo showing their hands, something could be done.

When Express contacted UIDAI asking if exemptions could be made in biometrics for people with total disability, a top official requesting anonymity said, “Let them get enrolled first. Even if the woman doesn’t have sight, there may be biometrics that the machine can read. Only when the machine is unable to read and they get a rejection letter, it can be considered at the back end. There are cases where leprosy patients have got Aadhaar with whatever is left of their biometrics.”

Two days after the Express reported about Sajida’s Aadhaar woes, she received her pension for October but hasn’t received it for the months for August, September and November yet.

Leprosy patients elsewhere in the country are facing similar hardships.

There were about 86,000 leprosy patients in India as on April 1, 2014. Credit: Reuters/Rupak de Chowdhuri

According to the Leprosy Mission Trust India, there were about 86,000 leprosy patients in India as on April 1, 2014. But it seems that UIDAI authorities overlooked making special arrangements or exceptions for people with disabilities.

It was reported in July this year that residents of a village in Haryana that came up in 1969 with the primary objective of helping leprosy patients live a life of dignity, hadn’t received subsidised government ration for an entire month because the Aadhaar-linked biometric device at the village ration depot couldn’t verify their fingerprints.

Residents of the Indira Chakravarti village told  digital news platform FactorDaily that the Aadhaar cards of leprosy patients – both those who have fingers and those who don’t – were made using retina-based identification because their fingerprints don’t register on the biometric device.

However, ironically, the standard device that the government has provided at ration depots is capable of reading only fingerprints, which is why all 200 residents of the village went without ration in June. A villager said it was cruel joke that despite their disability, they are required to verify their fingerprints for food.

According to the Ministry of Food and Civil Supplies, 39% of all the ration shops in the country have started using biometric devices for distribution of ration.

In Jharkhand’s Jamshedpur, getting ration has been difficult for leprosy patients as their Aadhaar cards were made through their eyelids but when ration distribution system started through biometric, there was only the option of fingerprint registration.

In October this year, an 11-year-old girl in Jharkhand’s Simdega district died of starvation after her family’s ration card was cancelled for not being linked to their Aadhaar number. Kumari had not eaten for eight days before her death on September 28, according to a Scroll.in report.