Amid Concerns Sparked by Russian Invasion of Ukraine, India Could Do With a CDS

A cross-section of service officers said the swift appointment of a CDS would either end, or at least mitigate Delhi’s vacillation over its stand with regard to Russia over its campaign in Ukraine. 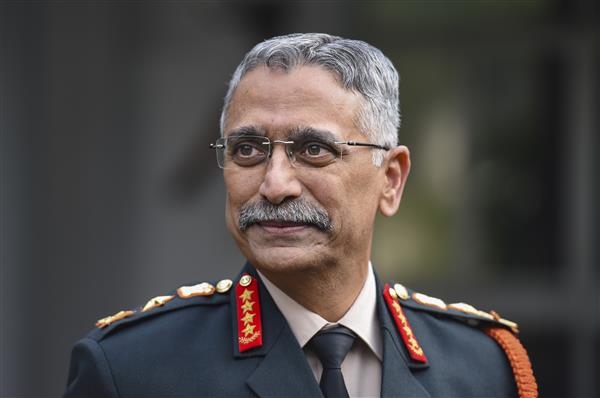 New Delhi: Despite India being seriously impacted by Russia’s gratuitous invasion of Ukraine for multitudinous reasons that impinge adversely on its immediate, medium and long-term security concerns, it still has no Chief of Defence Staff (CDS) to counsel the federal government on critical aspects related to this ongoing crisis.

The government is yet to appoint a CDS after the first incumbent General Bipin Rawat died in a helicopter crash, along with 13 others, in December, near Coonoor in Tamil Nadu. Thereafter, India’s extensively deployed armed forces and security establishment has been functioning for almost three months without the ‘single point advice in matters military’ that was the CDS’s primary remit when General Rawat was appointed for a three-year term in December 2019.

Additionally, the CDS was also the Permanent Chairman Chiefs of Staff Committee (CoSC) and secretary of the newly created Department of Military Affairs (DMA), all of which were collectively tasked with managing and reorienting India’s military. Prioritising materiel purchases and propagating the indigenisation of defence kits to reduce imports, was also one of the CDS’ additional responsibilities.

Currently, the Indian Army (IA) chief General Manoj Naravane, the senior-most of the three service chiefs, is the CoSC after his appointment to the post in mid-December as a temporary measure, till the new CDS was agreed. Without doubt, General Naravane would be advising Prime Minister Narendra Modi and the Ministry of Defence (MoD) on multiple vexatious concerns spawned by the Russian invasion of Ukraine; but, as several senior serving and retired service officers indicated, it would be devoid of the CDS’s overarching and holistic authority.

Of these disturbing issues, the most troublesome related to the retaliatory basket of punitive sanctions and embargoes imposed on Moscow by the US, European Union states and other countries which, for now, has paralysed Russia’s sizeable military-industrial complex on which New Delhi remains inordinately dependant. 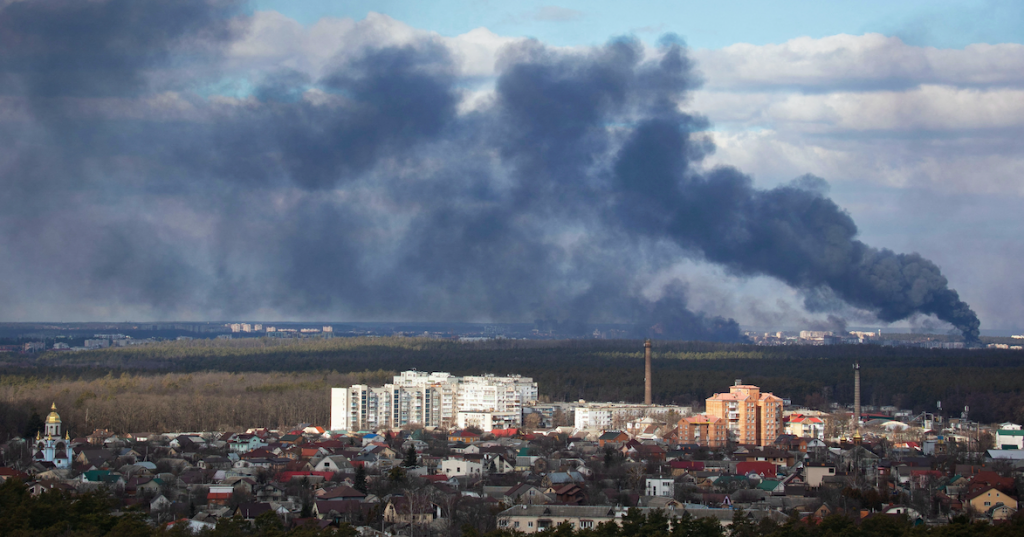 Smoke rising after shelling on the outskirts of the city is pictured from Kyiv, Ukraine February 27, 2022. Photo: Reuters /Mykhailo Markiv/File Photo

Over 50% of Indian military platforms, in addition to other diverse hardware, missile systems and varied ordnance employed by all three services, were of Russian origin, all of which needed a steady supply of spares and components to remain operational. Military officials privately admitted that these would not be forthcoming for an ‘indeterminate period’ due to sanctions. This, in turn, they accepted would hobble operational efficiency at a time when the IA is locked in the continuing 22-month long standoff with China’s People’s Liberation Army in eastern Ladakh. The Indian Air Force (IAF) and Indian Navy (IN) too were providing a supporting role in this seemingly insoluble impasse.

One two-star IA officer anticipated that the impending spares shortage would inevitably lead to platform and equipment ‘cannibalisation’ to keep the remaining gear active. But he acknowledged that such jugaad or stop-gap innovation was, at best ‘temporary’ but unbecoming of all professional militaries and resorted to only under extreme conditions. The IAF and IN were also beset with similar anxieties, as sanctions against all Russian defence and related entities linked to Indian equipment, began taking firm root, obviating all military exports and commerce by Moscow.

“Inputs by the CDS to cope with this impending equipment crisis were desperately needed, as, unlike the CoSC, he was empowered to spotlight material procurements and had a far wider arc of responsibility over the three services,” said a serving two-star IAF officer. However, the lack of a CDS was palpable presently, as the calamity created by sanctions on Russia would only escalate to India’s detriment, he added, declining to be identified.

The officer was referring to the nebulousness regarding the arrival of a host of Russian equipment that had been partially paid for, but its future now uncertain.

This included four of five Almaz-Antey S-400 Triumf self-propelled surface-to-air (SAM) missile systems, four Admiral Grigorovich Project 1135.6M frigates, leasing of one more Project 971 ‘Akula’ (Schuka-B)-class nuclear-powered submarine (SSN) and providing 20,000 Kalashnikov AK-203 7.62×39 mm assault rifles, which were part of a deal signed last December to locally licence build 601,427 of them. Additionally, India had concluded assorted deals with Russia to provide it with varied missiles, including man-portable Very Short Range Defence Systems (VSHORADS), ammunition and ordnance for employment by the IA in Ladakh, much of which was due for imminent delivery.

Several Ukrainian contracts too were irretrievably hit, like the upgrade of some 60 IAF Antonov An-32 ‘Cline’ transport aircraft, supply of critical R-27 air-to-air missiles for Su-30MKIs and providing eight Zorya-Mashproekt M7N1EW gas turbines to power the IN’s four Talwar-class frigates, two of which were under construction at Russia’s Yantar Shipyard and two at Goa Shipyard Limited (GSL), under a transfer of technology. Engines for the former two warships had reportedly been transferred to Russia, but not the ones intended for GSL. Senior IN officials, however, were skeptical regarding the overall frigate programme worth over $1 billion.

Meanwhile, in early January The Wire had reported that the new CDS appointment was likely to be deferred for the immediate future, linked reportedly as it was to shortlisting the next IA chief since General Naravane was retiring on April 30. At the time, senior serving and retired service officers had stated that this state of affairs had arisen as, in all likelihood, General Naravane, who had succeeded General Rawat as IA chief in December 2019 and worked closely with him thereafter, would eventually be elevated as CDS.

But deciding on General Naravane’s successor was a hurdle for the government, which it eventually resolved by appointing Lieutenant General Manoj Pande, then heading the IA’s Eastern Command at Kolkata as the force’s Vice-Chief on February 1. This will make General Pandey the senior-most officer when General Naravane superannuates as the army chief on 30 April. 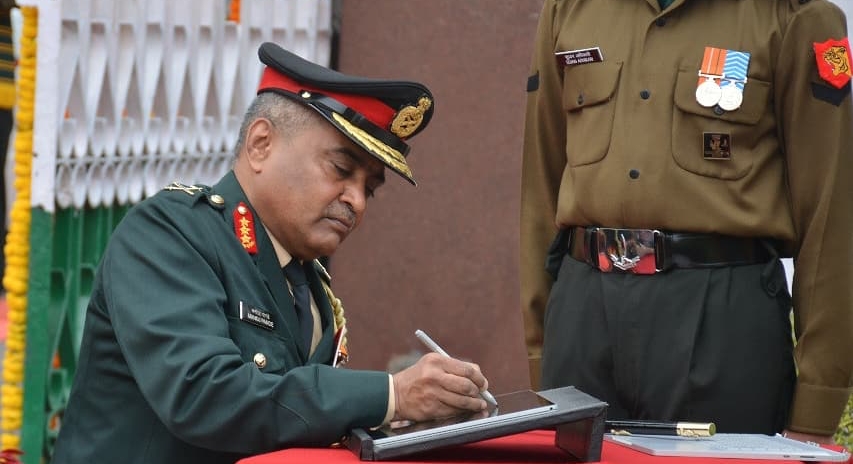 And, provided the government adheres to established tenets of service seniority, he would consequentially become India’s 28th CoAS from that day, for around two years. Alongside, General Naravne is likely to be elevated to the country’s top military post, either on or possibly even before that date, suggested military sources.

Both positions – CDS and IA chief – would be confirmed by the two-member Appointments Committee of the Cabinet which, since 2016 comprised just two members: PM Modi and home minister Amit Shah.

Meanwhile, a cross-section of service officers desired the swift appointment of a CDS, which they believed would either end, or at least mitigate Delhi’s vacillation over its stand with regard to Russia over its campaign in Ukraine, and work towards resolving India’s grave military equipment predicament.

As one senior IN officer succinctly counselled the government: Do it now, as later becomes never.