The opposition's motion to send the Bill to a select committee was defeated. 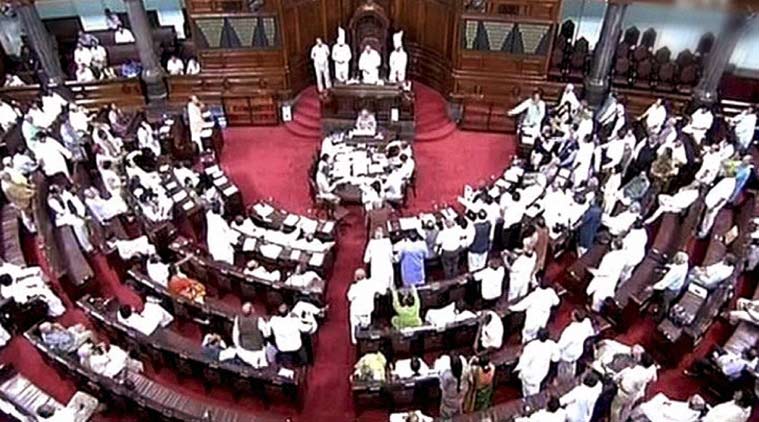 New Delhi: The Rajya Sabha on Friday passed amendments to the Unlawful Activities (Prevention) Act (UAPA). The amendments give the Centre the power to designate an individual as terrorist and seize his/her properties and expands the powers of the National Investigation Agency (NIA).

Despite the opposition’s protests, the Bill was passed by voice vote. A motion sponsored by the opposition to send the Bill to a select committee was defeated with 104 votes against, and 85 in favour.

After the RTI Amendment Bill and the Triple Talaq Bill, this is the third controversial Bill that the government has been able to see through in the upper house, where it lacks majority.

The Lok Sabha had passed the Amendment Bill on July 24.

During the debate on the amendments, home minister Amit Shah said a four-level scrutiny has been provided in the amendment and no human rights will be violated. He said declaring individuals as terrorists is required as they “float different organisations once an institution is banned”.

Individuals can be declared terrorists if they commit or participate in acts of terrorism, prepare or promote terror, he said, saying the amendment will expedite prosecution in terror cases.

Responding to the opposition’s concerns of the law being misused, he said human rights will not be violated as a four-stage scrutiny with provision for appeal has been prescribed when individuals are declared terrorists.

Elaborating on the track record of the NIA, he said out of 278 terror cases registered by the agency, chargesheet has been filed in 204 cases. Of the 54 cases where judgements have come, 48 have resulted in convictions, he said.

HM Amit Shah in Rajya Sabha: What happened during emergency? All media was banned, all opposition leaders were jailed. There was no democracy for 19 months, and you are accusing us of misusing laws? Kindly look at your past pic.twitter.com/dBQYwcDNZF

Opposition parties focused their criticism on the amendments that empower the Centre to declare individuals as terrorists. Describing the new law as “draconian”, they expressed fears that it could be misused against anyone opposed to the ruling establishment.

The CPI(M)’s Elamaram Kareem accused the government of imposing “state terrorism”, saying dissenting individuals could be declared as terrorists. “This will lead to large-scale harassment and injustice,” he said.

The amendment would give the NIA an “open license to go to any state and do anything at their will and pleasure” without informing the state government, he said. He also accused the BJP-led government of taking a “soft approach” towards certain extremist organisations such as the Sanathan Sansthan. “Why are you not listing it as a terrorist organisation?” he questioned.

He said similar powers provided by the Prevention of Terrorism Act and the Terrorist and Disruptive Activities (Prevention) Act led to the wrongful arrest and persecution of “thousands of Muslims”.

RJD’s Manoj Kumar Jha said the Bill “panders to an ideology that conflates nation with the government”. “If I criticise the government I am called anti-national,” he said.

Jha said persons arrested as terrorists are being acquitted after 15-16 years. “With folded hands I plead with you… you have most powers, the state is all over. Why do you need additional powers,” he said.

DMK’s P. Wilson said that for an organisation to be declared as a terrorist organisation under the UAPA, a tribunal headed by a retired high court judge conducts an inquiry. But under the amendments sought by the Centre, there is no such safeguard for persons who are branded terrorists.

“Simple belief of a Central official is enough to declare an individual as a terrorist,” he said.

“The Act doesn’t state who is the officer in the Central government who will brand the person as a terrorist. The officer is not a judicial authority. The designation can happen arbitrarily,” he added.