"This move comes as a strategic response as an action against Twitter for not complying with the order for blocking around 257 Tweets and Twitter accounts which were tweeting about farmer genocide," Koo said in a statement. 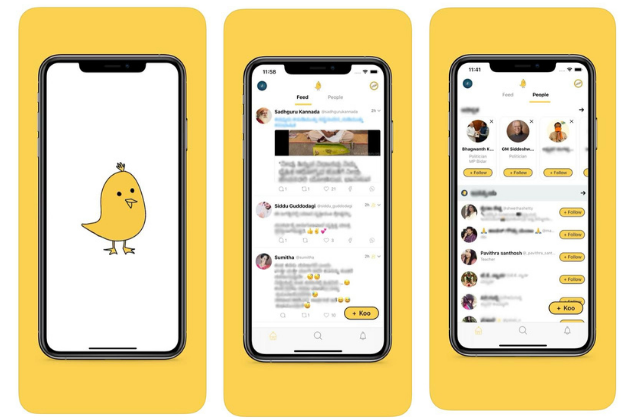 New Delhi: The Ministry of Electronics and IT (MeitY) and some other government departments have set up accounts on native micro-blogging site Koo after Twitter did not comply with the government’s directive to block some tweets and accounts, the homegrown firm said.

“Key organisations from the Ministry of Electronics and Information Technology (MEITY) have set up accounts on Koo, India’s own micro-blogging platform. This move comes as a strategic response as an action against Twitter for not complying with the order for blocking around 257 Tweets and Twitter accounts which were tweeting about farmer genocide,” Koo said in a statement.

The app was launched 10 months ago and won the Aatmanirbhar App Challenge organised by the Indian government.

In a strongly-worded notice to Twitter, MeitY last week said it had on January 31 asked the micro-blogging site to block 257 URLs (web addresses) and one hashtag under the relevant provision of the law as they were “spreading misinformation about (farmer) protests and has the potential to lead to imminent violence affecting public order situation in the country.”

Twitter chose to sit over the request for one full day before blocking them, only to unblock them a few hours later.

This was not taken kindly by the government and a fresh order/notice has been issued to Twitter for compliance, failing which penal action under sections that provide for fine and jail up to seven years can be initiated.

According to Twitter, it held meetings with government officials and conveyed that the accounts and posts in question constitute free speech and are newsworthy.

The company then “unwithheld” the accounts to protect public conversation. The other accounts that were initially withheld included those of Communist Party of India (Marxist) politician Mohd Salim, farm organisation BKU Ekta Ugrahan and Tractor2Twitter.

“We believe that it is important to build social networks keeping in mind local cultural nuances. Koo being deeply focussed on India will help ensure a consistent experience for all users on the platform.

“We are humbled and at the same time excited by the adoption and encouragement by so many noteworthy personalities and recently the entry of the topmost government offices of the country onto Koo,” its co-founder and CEO Aprameya Radhakrishna.

The company also claimed it has seen a surge in downloads after MeitY joined its platform.