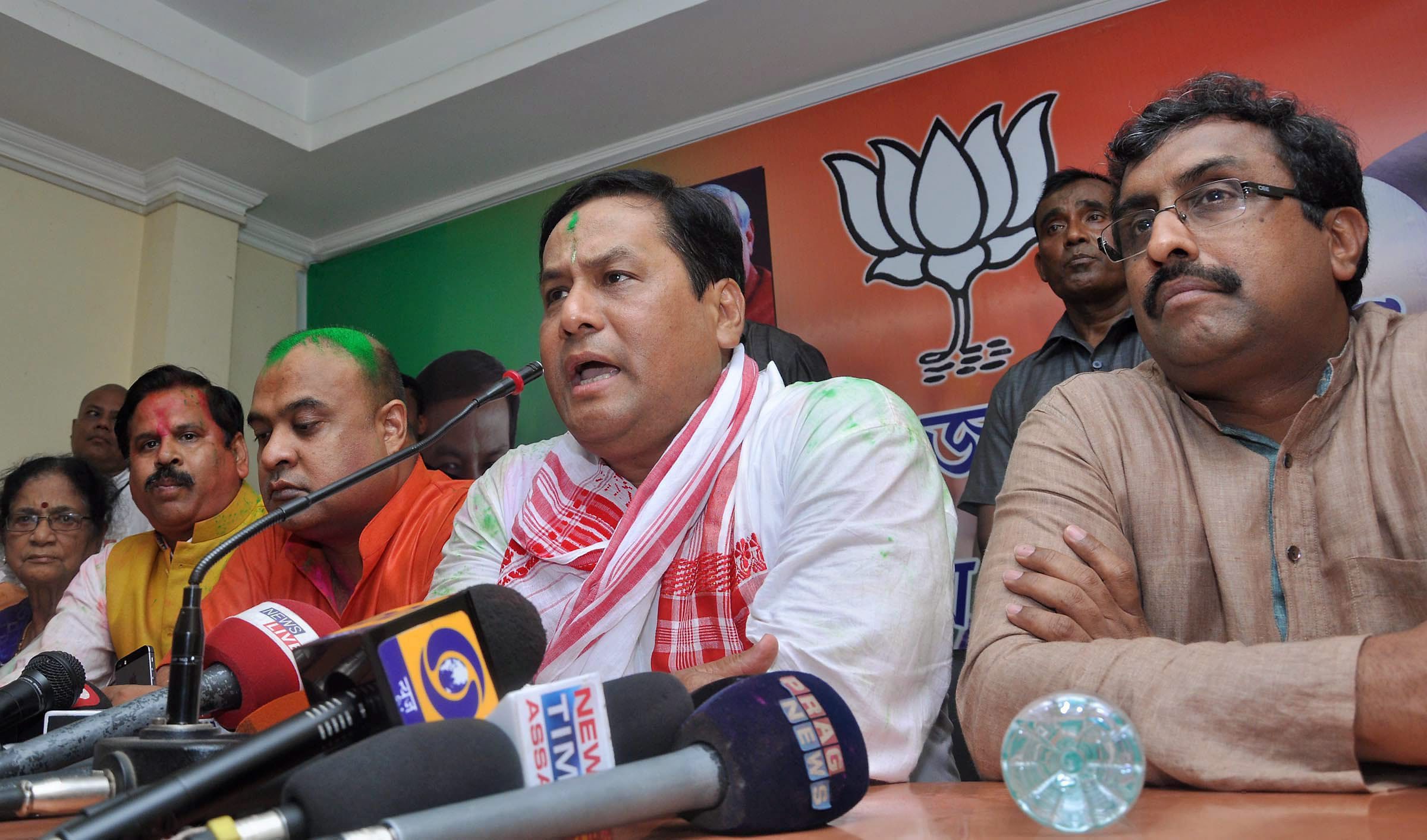 The Bharatiya Janata Party (BJP), which created history by winning Assam for the first time, has consistently grown its vote share in that state from 1% in 1985 to 29.5% in 2016.

When we refer to BJP- and Congress-ruled states, we include those states where both parties are part of a coalition government. For the BJP, that includes Andhra Pradesh, Jammu & Kashmir and Punjab; for the Congress, Bihar. Despite a recent apparent fall in vote share, from 17.02% in 2014 to 10.2% in 2016, the BJP entered the West Bengal assembly for the second time, winning three seats–its best. It had won its first-ever assembly seat in a 2014 West Bengal bye election. First gains for the BJP in Kerala as vote share rises

The BJP got 10.5% of the vote in Kerala during the 2014 general elections, its largest ever. In 2016, the BJP achieved the same vote share, although the party contested no more than 98 seats; the 2014 vote share came across 140 assembly segments. From controlling 13 states in 2004, the Congress is now down to one large state, Karnataka, another large state as smallest coalition partner, Bihar, and six smaller states—three from the North East: Manipur, Mizoram and Meghalaya; two from the north, Himachal Pradesh and Uttarakhand; and the Union territory of Puducherry.

The Congress now directly rules about 190 million Indians, down from 270 million in 2004.

The BJP has taken over as the leading national party. From governing six states in 2004—when Atal Bihari Vajpayee’s NDA government lost power—the party governs, including Assam, 12 states today. Its state governments govern 520 million Indians, up from 216 million in 2004.

Congress wins most votes, loses power in Assam; vote share up in WB

The Congress has consistently attracted more than 30% of the vote in Assam since 2006. The recent elections were no exception. Compared to the BJP, which contested 291 seats, garnered 10% votes and won three seats, the Congress contested a third of the seats (92) and garnered 12.3% of the vote, winning 44 seats.

Vote share at 34-year low in Kerala, consolation in Tamil Nadu for Congress

Despite garnering 31.47% of votes and winning eight of the 15 parliamentary seats it contested during the 2014 Lok Sabha elections, the Congress now has no more than 22 members (down from 38) in the 140-strong assembly. Although the party could not repeat its performance of 2006, when it won 34 of the 48 constituencies it contested, the Congress vote share rose from 4.37% in the 2014 Lok Sabha (when it contested every seat) to 6.4% in 2016 (when it contested a sixth of seats—41) in alliance with the Dravida Munnetra Kazhagham (DMK).