Tribals in Rajasthan's Mewar Finally Have Electricity, But They Can't Afford It

Residents of Taladari village allege that the state discom manipulates the meter readings to charge a higher rate, forcing them to give up the utility service. Taladari (Rajsamand, Rajasthan): After Prime Minister Narendra Modi promised on August 15, 2015 that every Indian village would be electrified within the next 1,000 days, electricity finally made its way to Taladari, a tribal village in Rajasthan’s Mewar inhabited mainly by members of the Bheel tribe.

However, over the last few months, this electricity has become a source of great trouble among the tribals, who are struggling to pay the high electricity bills that surpass their monthly incomes. For some, the utility service has been shut off due to the non-payment of bills, while others have voluntarily withdrawn from the unaffordable service.

Mangli Bheel, 70, sobs as she looks at the electricity meter that was installed in her hut two years ago as part of the Deen Dayal Upadhyaya Gram Jyoti Yojana. Her electricity bill for June and July is Rs 14,985, and she has no way to pay it.

“My husband, in whose name I receive the bill every two months, is dead. I have the responsibility of taking care of my grandchildren; what should I do – give them food or pay for electricity?” she asked The Wire. 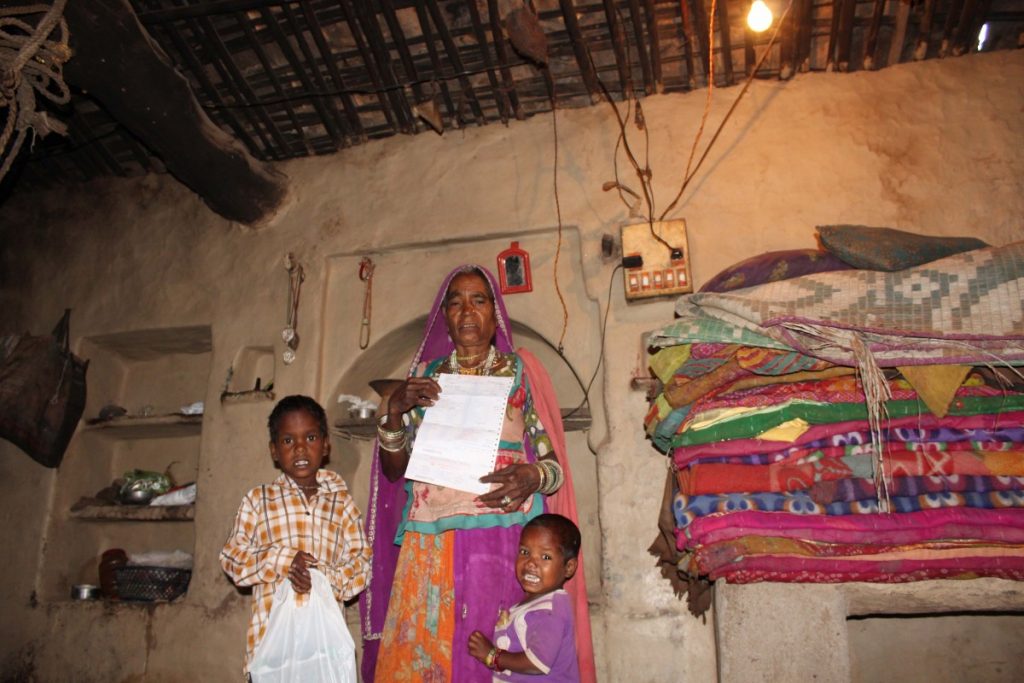 Default on payment or manipulation by the discoms?

As per Bheel’s bill accessed by The Wire, the total amount payable by July 30 was Rs 14,985, which included the deferred balance up to last bill of Rs 12,520.65, electricity expenditure of Rs 1,912.20, demand surcharge of Rs 400, rebate of Rs 13.03 and electricity duty on current consumption of Rs 139.20. The balance borne by the state government for a tariff subsidy and other subsidies was nil. Strangely, the houses in this tribal belt have no appliances that can draw a substantial amount of electricity.

“As you can see, we have no air conditioners, no coolers, no refrigerators and no such appliances that can consume such units of power, still our bills are equivalent to those living in metro cities,” Narji Dharmanadi, a resident of the Gundika Bhilwara village, told The Wire.

The tribals say that they have been regularly paying their bills, but most of them cannot afford the hefty charges.

“Earlier, we used to pay only Rs 300 every two months, but now they are charging thousands. We don’t have just one electricity bill to pay, there are other expenses too,” he added.

When The Wire contacted Ajmer Vidyut Vitran Limited, the concerned assistant engineer of the Kelwara village, R.K. Meena, said, “Is the consumer your relative? Actually, these tribals use 100-watt bulbs instead of the CFLs. It is difficult for us too to go to the hills and distribute the CFLs to them. I will get this electricity bill checked, maybe there is some error.” 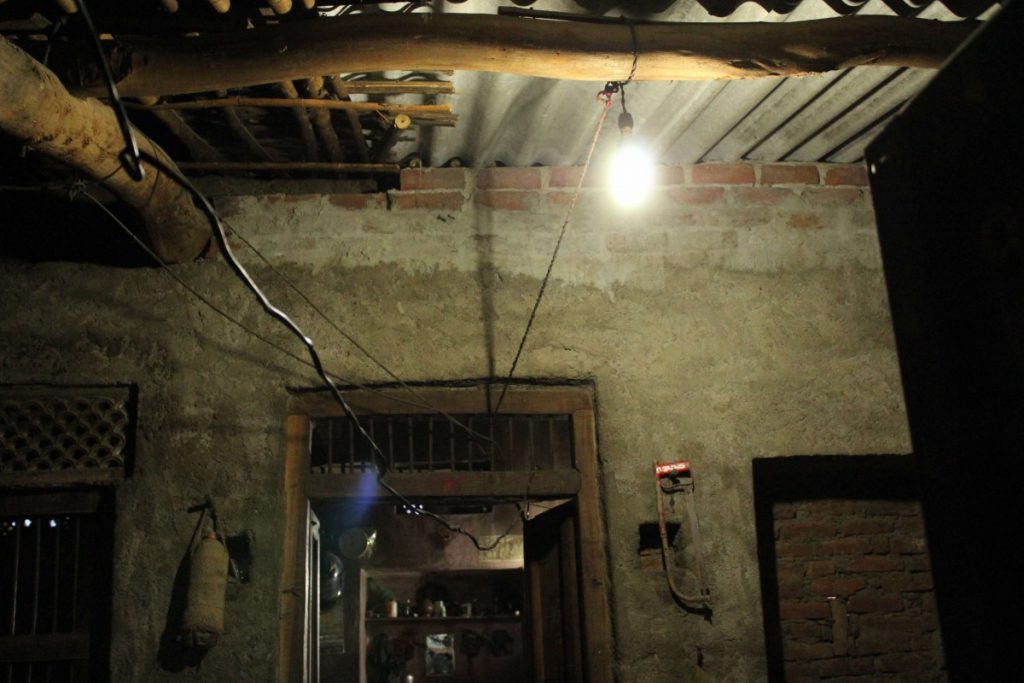 Officials at the discoms believe that though the villages are on track to be fully electrified, the capability of a rural household to pay the electricity bills is being overestimated.

“The deferred balance in the bill means that the consumer has not paid his previous bill, that’s why the amount is accumulating. The ‘S’ against the meter status shows that the meter has stopped working and the ‘F’ against the consumer status means he is defaulting,” said an official at the Jaipur Vidyut Nigam Limited on the condition of anonymity.

“The government might have electrified the BPL rural households but they are not capable of paying the bill,” he added.

Another resident of the village, Laxman Bheel, says his electricity connection was shut off after he was unable to pay a bill amounting to Rs 16,000.

“It’s good that they took away the meter; we can’t pay so much just to get some light in the house,” he said.

Contrary to the situation on the ground in this tribal village of Rajasthan, where people are suffering even after getting an electricity connection, the data of the Deen Dayal Upadhaya Gram Jyoti Yojana suggest that the scheme is achieving success at a fast pace. Out of the 17,12,704 households of Rajasthan, 3,86,464 households (22.50%) have been electrified so far.

What electrification means to villagers

In this tribal belt, on the westerly range of the mighty Aravali hills, a constant fear of panthers, poisonous snakes and other wild animals prevails.

“The condition here is such that if we leave our cattle tied outside the hut at night, there is no surety that we would find them the next morning. Panthers attacking calves is very common here,” said Nana Lal, a tribal in the Gundika Bhilwara village in Kumbhalgarh tehsil. The tribals refers the area as Bhilwara because a majority of them belong to the Bheel community.

“After we got the electricity connection, we put on a bulb in the cowshed to be used at night. Panthers are scared of light and don’t dare to come close to our cattle.”

The day has been extended for these tribals, as now they can work a few extra hours after the sun sets.

“After coming from work, we eat food and sleep, but the kids can now study for some more time at night.”

She said in her budget speech that due to huge losses, the power tariff goes up every year by Rs 1.80 per unit.

In the state, it is believed that the party that performs well in the Mewar region forms government. The 28 assembly constituencies in Mewar are spread over six districts in Udaipur division – Banswara, Chittorgarh, Dungarpur, Pratapgarh, Rajsamand and Udaipur.

However, the BJP neglecting high power tariffs in this crucial region of tribal-dominated Mewar could be a potent cause of resentment among the people.