Think tanks should stick to producing evidence-based research that can inform public policy negotiations, rather than presenting themselves as messiahs. 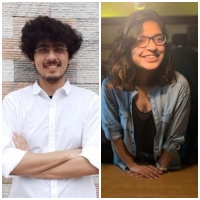 COVID-19 has wreaked unprecedented havoc on the world. Robust government policies that can defeat the pandemic and effectively tackle its aftermath are in high demand. Think tanks across the globe have risen to the occasion by coming up promptly with policy recommendations to resolve a host of pandemic-related issues – ranging from informational privacy concerns around contact-tracing apps to the crisis of migrant labourers and marginalised groups left destitute amidst the rushed or ill-conceived pandemic lockdowns. So, it makes you wonder: What motivates and enables think tanks to do what they do?

Think tanks are mysterious creatures, you see. They are populated by experts, who generate specialised and authoritative knowledge to inform public policies of the government. But isn’t that role already relegated to academia? In fact, many of the experts toiling at think tanks come from the highest ranks of academia. Even though that is true, the nature of research conducted at think tanks seem to fundamentally vary from that of academia; what think tanks publish generally could be applied more readily to tackle a public policy problem and sounds much less esoteric in comparison to what academia comes up with. Even so, one might say that think tanks are just a highly specialised version of academia.

But think tanks do differ from academia in another pertinent way. Think tanks have been dubbed as “universities without students”, setting academics free from teaching obligations. So, think tanks in comparison to academia offer academics greater bandwidth to conduct their research.

Is making more time for research the only reason why think tanks are created? If not, what are the other reasons that enabled think tanks to flourish over the past century? Examining public policy formulation at close quarters might answer these questions.

Public policy, in its purest sense, is the product of negotiations between the government and public on various issues of public importance; academia enriches the debates that describe these negotiations. In reality, however, there is another entity which participates in these negotiations, often with tremendous heft. These are lobby groups with specific agendas. Lobby groups in the United States, the United Kingdom, and in many other countries and regions of the world, continue to exert influence in public policy negotiations through their political backing and corporate money.

But these are not enough to win public policy negotiations. Lobby groups are always more likely to succeed in achieving their agendas on the negotiation table when their positions and claims are cogent and evidence-based. So, they turn to academia: arguably, the sole manufacturer of all the big ideas that have the potential to change the world for better or worse. These ideas are generated through systematic and rigorous processes of primary and secondary research. But ideas can be manipulated; data can be fudged, and its interpretations prejudiced with biases.

It is easier for lobby groups to do that with a small, exclusive group of like-minded, corruptible academics in think tanks than in connivance with academics at universities where stakeholders could be many and ideologically varied. By exercising political coercion and imposing perverse funding conditions, lobby groups exude power to make think tanks “think” in their interest, i.e., manoeuvre knowledge to promote ideas that would favour their agendas in any public policy negotiation.

Lobby groups led by the billionaire Koch brothers and the oil company ExxonMobil had funded numerous conservative think tanks in the US to show that manmade climate change is a myth so as to weaken US commitment to the cause of environmental protection. Tobacco companies had funded the Adam Smith Institute, the Centre for Policy Studies, and the Institute for Economic Affairs to produce findings that could be used to lobby against anti-smoking regulations. These are not aberrations, but instances from a grotesque pattern of unscrupulous influence-peddling in public policy by think tanks on behalf of the lobby groups who politically and financially back them.

The story doesn’t end here. There is more to how thinks tanks do what they do.

But selling a policy proposal to the public is often a complex and cost-intensive enterprise, in terms of acquiring and managing both human and financial resources. Even governments with all their resources fail utterly at times. For instance, financial incentives such as direct subsidies, performance-based incentives and emission credits couldn’t do enough to motivate public usage of electric vehicles or toilets in India.

In comparison to governments, most think tanks are obviously resource-crunched. Selling their policy proposals to the public would demand think tanks to conduct the most extensive and exhaustive educational campaigns and public consultations that are so cost-intensive that they remain simply beyond the human and financial capacity of think tanks. Think tanks find it more convenient and cost-effective to promote their brands (especially now with the advent of social media) than sell their policy proposals to the public. Think tanks use populist rhetoric to promote themselves as messiahs of the public, enabling them to perversely appropriate public interest.

Also read: Looking for Compassion in a World Riddled With Discrimination

A cursory glance at the mission statements of several think tanks would reveal that they claim to be the “amplifiers of the voices of marginalized communities… from the Global South”, “carriers of Indian voices”, “representatives of interests of women and girls, people with disabilities, transgender persons and sexual minorities”, “advancers of rights of the vulnerable population”, “voice of the poor to express their developmental needs and aspirations”, and “defenders and extenders of digital rights of the users at risk around the world”.

Think tanks use such populist rhetoric to promote themselves as messiahs of the public and assume popular legitimacy for their policy proposals so that they become attractive “buying options” for governments, their real customers.

Hence, when think tanks propose measures to protect informational privacy of citizens on contact tracing apps and various types of relief packages for migrant labourers and marginalised groups afflicted by the rushed or ill-conceived pandemic lockdowns, one must ask if public consultations that went into preparing these proposals were comprehensive. If not, the ideals of deliberative democracy (that ought to ultimately legitimatise all public policies) stand jeopardised.

There is nothing inherently wrong about selling less of something. Suiting their human and financial capacity, think tanks are free to conduct small-scale educational campaigns, or fewer public consultations, or those with a smaller sample of the target population as genuine attempts to sell their policy proposals to the public.

But populist rhetoric used by think tanks to promote themselves must not be blithely ignored as hyperboles as they have the potential to seriously rig public policy negotiations by robbing marginalised communities of their voices and misplacing identities and interests at the public policy negotiation table. To secure their organisational survival and growth, think tanks tend to prioritise the interests of the lobby groups who politically and financially back them over their stated commitment to serve the public interest.

What if the relief packages proposed by think tanks and eventually granted by the governments fail to adequately recompense migrant labourers and marginalised groups who suffered during the rushed or ill-conceived pandemic lockdowns? The socio-economic realities could be vastly different for migrant labourers in different geographies and settings.

Think tanks would do more good to society by doing what they ought to do – producing evidence-based research that can inform public policy negotiations. Think tanks could well be a group of proficient and upright academics, backed by lobby groups with fair and progressive agendas. Such think tanks could claim with sufficient credence to work in public interest, to the extent that the researches they produce concern the public. But all of that must never translate into think tanks representing the public in what they propose to the government in terms of policy, for they neither have the capacity to carry that onus nor are they democratically elected bodies.

It is about time think tanks abandoned their saviour complex and stopped promoting themselves as messiahs. This would help save the culture of deliberative democracy crucial to effective and just public policy negotiations and which we all need to establish together. Preserving the ideals of deliberative democracy has become more important than ever during these extraordinary times of the COVID-19 outbreak, in which the subversion of democratic institutions across the world is becoming increasingly apparent.