The Curious Case of a Rs 5 Donation to BJP: 'Acknowledged', But Never Made

The 'donor’ said he never paid the amount, yet he received an acknowledgement on both his email and phone number. 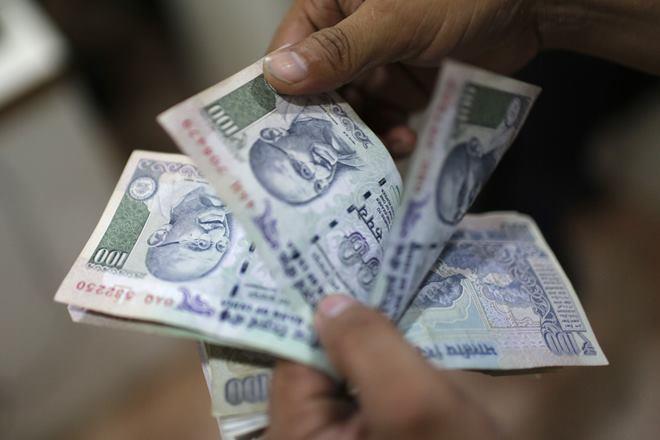 New Delhi: On Saturday, May 7, Noida-based media consultant Vishakh Rathi was surprised when he received a text message from a sender, ‘JX-NMAPPS’, stating that a donation of Rs 5 had successfully been made in his name towards the Bharatiya Janata Party (BJP).

Rathi claims that he never made any such donation. Why, then, did the political party, which claims to be the largest in the world and receives the largest amount of money through political donations in the country, send him an acknowledgement of receipt of funds?

Rathi had also received a corresponding email saying,’Donation of INR 5 towards BJP was successful’, which was generated by a site that claimed the sender to be ‘narendramodi’ and carried an image of the prime minister wearing a white mask as its display photo.

Rathi had a genuine reason to be worried because this email, which he received in the afternoon with the subject line of ‘No Reply Donation’, also displayed his mobile number and email address.

A 5 rupee donation to the @BJP4India, which I never made!! Got an sms and a mail also with phone & mail details correct. What fraud is this? Anyone else also got this? pic.twitter.com/cEa1XQxc42

In a tweet, Rathi asked, “What fraud is this?” The incident raises concerns not just about how the money was transferred, but also if it was a regular occurrence, perhaps taking place to inflate ‘legitimate’ membership figures and donation amounts.

Talking to The Wire, Rathi said that while he was shocked at having received these messages, he was also concerned as to how they managed to display his actual phone number and email address. Rathi immediately checked his bank accounts to see if any of them had been hacked.

“Thankfully, there were no withdrawals from them,” he said.

On pondering how the money could have been transferred from his account, as the messages claimed, Rathi concluded that he could only think that someone misused his Paytm account.

“That had some 50-60 rupees in it and I have not used it for a long time. So that is the only place from where I feel this money could have gone,” he said.

While the BJP’s donation accounts first take the names, phone numbers and email addresses of individuals interested in either donating to the party or taking up membership, it only conducts transactions after the individual enters a one-time password (OTP), sent to the registered mobile number. Rathi said he had not received any OTP, nor had be entered his details anywhere.

Since the message received by Rathi showed that the receipt for the ‘donation’ was generated from the BJP’s central office at 6A Pandit Deen Dayal Upadhyaya Marg, New Delhi – 110002, this correspondent looked into the registration process, both on the party’s website and physically at the party office.

On opening the site and clicking on the donation icon, one is taken to a page which seeks the donor’s name, phone number and email address. On submitting this information, an OTP is generated and after entering the same, the prospective donor is redirected to a form where they are required to submit their full address.

At the bottom of the page lies a link which takes the donor to the donation page. From there, the amount to be donated needs to be filled, following which the donation can be made using various electronic payment gateways.

On merely entering one’s mobile number and email address – without even applying for membership – a message is received over email which states: “Thank you for registering at the Bharatiya Janata Party. Now, you’re one of the foot soldiers of the BJP and a source of strength for its leaders.”

Without submitting the extra details on the donation form, this correspondent decided to go to the party office directly.

At the party’s central office, there is no separate window or counter for making donations. At the gate, too, the security staff and party workers only guide you to the reception on the first floor. Here, an office worker said one needs to go to the third floor if the donation amount is big and to Room No 255 on the second floor if it was a small one.

Since the amount mentioned by Rathi was small, this correspondent went to the room on the second floor which was situated in a restricted area of the party’s internet cell. Here, one of nearly a score of employees asked for the purpose of my visit.

On being told that I wanted to make a donation, the employee opened the same donation page that this correspondent had opened online and entered my phone number and email address. Immediately, he could make out that a registration had already been made and asked for the password provided in the email in order to proceed.

The password was used to open the donation page, fill the details and complete the donation process, after which I received a message was from ‘AX-BJPMEM’ saying, ‘Your BJP donation on 10-05-2022 is successful’.

A look at the other donations received by the party through this online process revealed that most of these were for Rs 100 and very few exceeded Rs 500. The BJP office employee also insisted that there was no mechanism to pay in cash and pointed out that a person could donate without taking up the party membership, for which the minimum enrolment and donation amount is Rs 105.

The process showed that Rathi’s details had been accessed, but there was no way to establish if the money had, indeed, gone to the saffron party. However, a look at the home page reveals that BJP is indeed taking ‘micro-donations’ which it says will “support the party of Indians’ aspirations”; “support PM Modi in building New India”; and that these donations could range from Rs 5 – 1,000.