The two investigations were headed by the same policeman and there was also a delay in acting on the complaints. 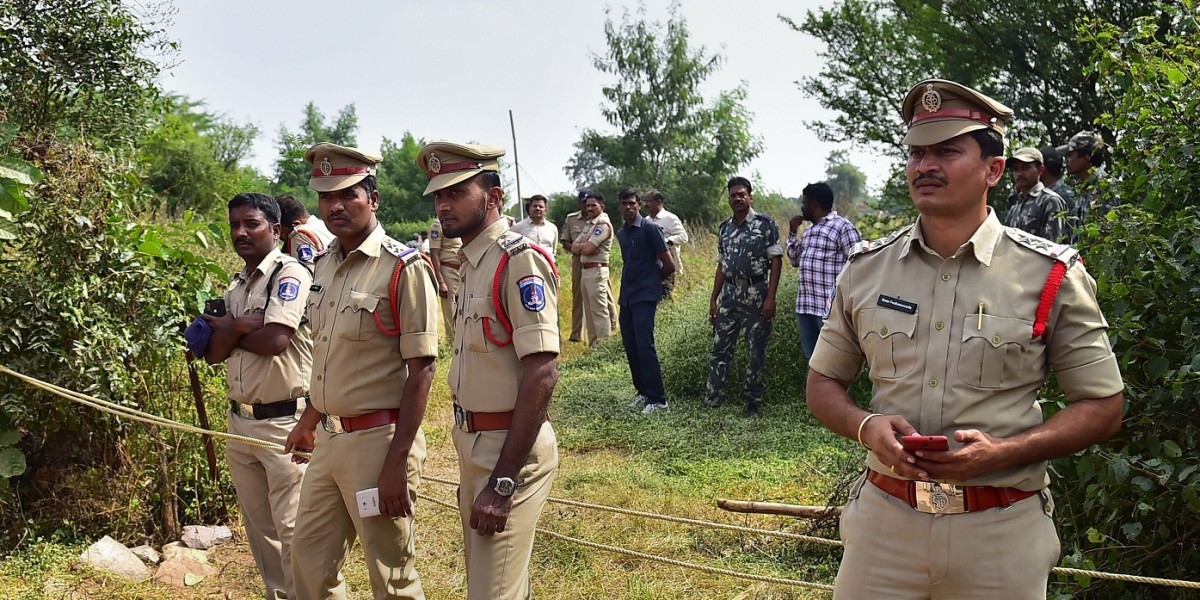 Police at the site where the four accused were killed in an encounter. Photo: PTI

New Delhi: A strange set of events in the early hours of Friday saw four men killed in what the Telangana police are calling an ‘encounter killing.’ The men had been accused of the rape and murder of a veterinarian doctor in Hyderabad.

However, several elements of this morning’s killings are similar to a case in 2008, where three men accused of an acid attack were also suddenly killed in a ‘police encounter’ in Telangana’s predecessor state, Andhra Pradesh. The incident occurred in Warangal, which is now part of Telangana.

In 2008, V.C. Sajjanar was the superintendent of police in Warangal when the police killed the three men accused in the acid attack case. Eleven years later, he is the commissioner of Cyberabad police, where the encounter killing of the four rape-accused men happened. The Warangal encounter shot Sajjanar into the spotlight and earned the moniker ‘encounter specialist’. 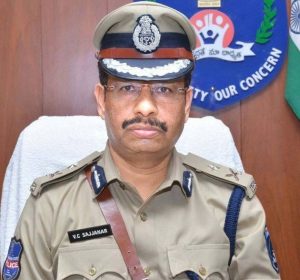 Encounter killings in Telangana used to be justified in the name of being anti-Naxal operations. Friday’s killing is the third in recent times in which Naxals were not killed, and two of them have been led by Sajjanar.

In both cases, police allege the accused tried to escape and hence were killed

The similarities between the two cases get eerier when one studies the police version: In both the cases, the police claimed that the accused men tried to escape and thus were shot.

This is a stale script used by state police all over India. The Telangana police themselves claimed the same story in 2015, in an encounter killing of five undertrial prisoners who were accused of terror charges. This same narrative has been used to justify encounter killings in Manipur as well, where currently the Supreme Court has directed an investigation into allegations by survivors, of 1.528 cases of ‘fake encounters’ committed by the army and police.

This narrative of “defenceless cops versus unarmed accused men” raises many questions. How is it that unarmed and presumably handcuffed accused men managed to overpower or destabilise a trained and armed police unit? Were the police not prepared to adequately manage the accused? Did the police not have many more officers on duty, enough to control just four unarmed men? Could they not have shot the men in a non-fatal way, given that the police were armed and the men were unarmed and that police are trained to do so?

In this specific case, it is also important to ask why were the accused taken to the crime scene at 3 am in the morning. Surely, this could have been done at any other point of the day. This adds to the suspicious nature of the encounter and leads one to wonder if it was pre-planned.

Given that the state police claimed to have initiated an elaborate and high tech investigation, it is strange that the accused were suddenly killed even before the investigation could bear fruit. On Friday, The Hindu reported that seven teams were probing the case with 50 officers on the job. The Deccan Chronicle reported on Thursday that the police were using high-tech gadgets such as “super lights which create a high degree of illumination that can identify micro-particles from a crime scene.”

A report in Deccan Chronicle also reported last week that top police officers were discussing that they will need to do “something more than arrest.” This is a frightening piece of news, because the police know well that arrest is the only lawful option available to them while investigating heinous crimes.

Police failed to act on victim’s complaints, but killed the accused

Although the state police are now being celebrated as heroes, with locals showering them with flowers and sweets and celebrities congratulating them, in both the Warangal and Hyderabad cases, the police failed to act on the complaints by the families of the victims.

Reminder. You may be congratulating Telangana cops for the action today. But do not forget how they treated the vet’s family and what they said then. The cops owe it to us that they change their style of functioning. Do not let them off the hook as you cerebrate now

In the Warangal acid attack case of 2008, one of the two women survived. She recently told Huffington Post that encounter killings are not justice. “If the death of the accused in my case was a deterrent, [the] attack on Nirbhaya or Disha would not have happened,” she said.

Did the Warangal encounter bring down acid attacks?

Journalist Deepu Sebastian notes that the 2008 police encounter didn’t change the narrative around violence against women at all. Within eight months of that killing, there were another 12 acid attacks on women. Additionally, five stabbings, two sickle attacks, one attack with a boulder and one attack with boiling oil were also reported against different women. In 2015, Andhra Pradesh emerged as the state with the highest number of acid attacks in South India.

The Warangal encounter made V.C. Sajjanar a hero, but it was not even an (immediate) deterrent

There were 12 acid attacks within 8 months of the encounter

Do encounters bring down crime?

Given that the Warrangal encounter did not bring down acid attacks, what is the recent track record of encounters in other parts of the country?

Under Yogi Adityanath, Uttar Pradesh has emerged as the state with the highest encounters, going as far as to declare it as an “achievement”. The Wire has also reported extensively on the issue of police killings in the state.

As of January 2019, the Uttar Pradesh government boasted that in just the first 16 months of Adityanath’s rule, there had been 3,000 encounters and 78 people were killed. According to an Economic Times report on Friday, nearly 100 have been shot dead in so-called police encounters in Uttar Pradesh over the past three years. It has not had any impact on the crime rate.

Just for the record: There have been nearly 100 shot dead in encounters in UP in last 3 years but crime continues https://t.co/MiY6WLNAFK